I spent 22 years in the nursing profession, and I enjoy writing about medical issues. I'm also interested in history, genealogy, and travel.

The Karpeles Manuscript Library Museum is the world's largest collection of original manuscripts and documents, plus antique books, and manuscript drafts for such things as the Bill of Rights.

In 1983, David and Marcia Karpeles founded the first library in California. These museums are truly a timeline of history with original, priceless documents and pictures. There is something very special in being able to see and read documents that decades or hundreds of years old.

Their goal was simple; they wanted to stimulate interest in learning, especially for children, plus all of the Karpeles Manuscript Libraries services are free.

Karpeles started researching manuscripts in 1978 and his first purchase, for $40,000, was a copy of the "Emancipation Proclamation" signed by Abraham Lincoln.

Traditionally universities dominated this market, which made Karpeles a rare private collector. Initially, his bidding strategy was to bid until the other bidders dropped out, as he assumed they knew what the documents were worth.

Ultimately this strategy did drive the prices up, but by 2001, Karpeles stated he had accumulated more than 1 million documents.

This is a list of the current ten locations around the United States:

Each of these libraries is located in a historic building.

Topics included in this vast array of manuscripts and documents include; art, religion, political history, literature, science, and war.

To make documents more accessible around the United States, they have created a program where items are rotated between Museum's quarterly and each of the museums present a daily general exhibit, plus one or more special scheduled exhibit throughout the year. Karpeles is also continually expanding its website.

Since I live in Jacksonville, Florida and have visited the museum, I will focus more on the Jacksonville Museum, which opened in 1992. Richard Minor, a lifelong Jacksonville resident who has been the museum's director for the past six years.

Their primary focus is the preservation and education of the writings of great authors, scientists, composers, philosophers, statesman, sovereigns, and leaders from all periods in world history.

They have a community partnership in association with local schools and libraries and they are able to impact their first audience of children with special programs called Many–Museum out reach program.

They particularly try to promote history illiteracy in the Mayor’s Intensive Care Neighborhoods.

The Jacksonville Museum is housed in an historic Neo-Classical building in Springfield, which was formerly housed the First Church of Christ, Scientist.

There is also an antique book library with volumes dating from the late 1800s and they have a children's center. 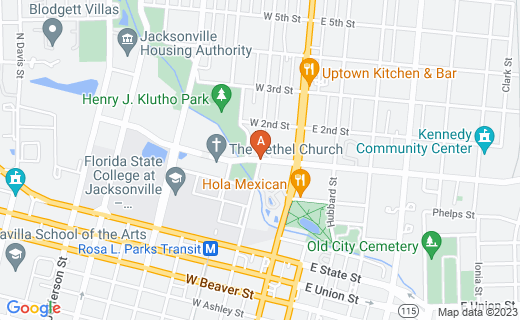 Currently, the exhibit in Jacksonville is on Sigmund Freud, which includes Freud’s views on psychoanalysis and United States; a theory of migraines; his attempt to strengthen his claim as the discoverer of "The Theory of Dreams"; and Freud's analysis of his own dreams.

Each year the museum has several specific new projects and adds new exhibits, which is true of all the other locations as well.

Original Draft of Bill of Rights

Examples of Some Documents

Some of the manuscripts include such things as the original work on Roget's Thesaurus. This English physician and lecturer, Peter Mark Roget, published his thesaurus in 1852, which is a collection of English words and phrases arranged according to the ideas they express, rather than alphabetical order.

He wasn't the first one who made an attempt to create a thesaurus, but those earlier attempts date back to the 10th century of Sanskrit and several others that lived before Roget. He felt he created a more orderly classification then had been created before.

Another unique manuscript is Mark Twain’s and written story of Tom Sawyer which was written in 1876.

Some of the examples of documents from the music collection are Mozart's" The Marriage of Figaro"; and Wagner's" Wedding March" in the field of music. The science manuscripts include things like Einstein's Theory of Relativity, Descartes Treatise as the Father of Philosophy, a note written by Charles Lindbergh and numerous other documents.

In the field of religion here is the first printing of the 10 Commandments from The Gutenberg Bible and Luther and the Birth of the Protestant Movement. There are several political historical documents that include the Bill of Rights, the Confederate Constitution, and Lincoln’s Emancipation Proclamation to name just a few. There is a great array of artwork as well.

There are at least three known drafts of the Bill of Rights. One draft in Madison's handwriting was recently discovered in the National Archives. The draft at the Karpeles Museum was signed by the "President" of Virginia and by the Secretary of the State Convention.

A third copy, similarly signed, remains in private hands. The framing of the Constitution and the Bill of Rights in Congress was lead by prominent Virginians, George Washington, James Madison, and Thomas Jefferson..

I believe these museums are each worth a visit in every city where one is located. To preserve the history of this age is a difficult undertaking, and the Karpeles has created these wonderful antique keepsakes that would not have survived without very special care. This is a wonderful place to take your children for the educational benefit.

They are freely given the people of the United States for a closer look at their past history. What a marvelous gift!