Key Concepts of the Philosophy of Bertrand Russell

Bertrand Russell was a 20th Century English philosopher and mathematician, who is often considered the most important figure in the development of the 20th century school of thought called “analytic philosophy.” Russell was a vehement critic of idealism, especially Hegel, and of Nietzsche’s pluralistic views of philosophy instead emphasizing a philosophy that was concerned with the epistemological concerns of science and linguistic communication. As well as being a prominent academic, Russell was also a well known public figure, due to his dry witted writing of philosophical themes for mass consumption and his outspoken and controversial criticism of religion. Many have argued that Russell was the single most influential philosopher of the 20th Century, having been a teacher of Ludwig Wittgenstein, and having laid down the template for the dominant principles of analytic philosophy. 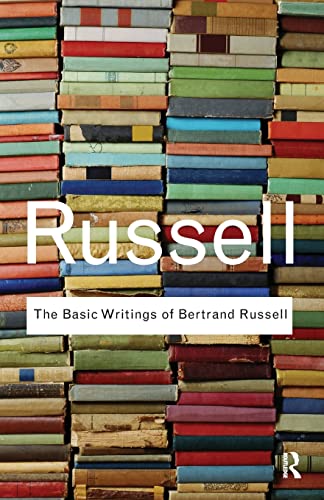 Russell thought that the majority of the philosophy up until the 20th Century had been based around making assumptions in order to try to create a continuous and dogmatic system that could explain everything. This was a huge mistake to Russell, because it meant that if the system itself was flawed, which it would almost inevitably be, then it would render almost all observations made within that system to be false. Russell decided that there should not be multiple philosophical systems but instead that philosophy should concern itself with the use of formal logic and the sciences in order to solve problems.

Analytic philosophy was concerned with the solving of the simplest problems, from the ground up, instead of attempting to build vast systems like Hegel or Kant had, and Russell put an emphasis on very precise communication. Language was a very important part of philosophy, according to Russell, because we needed to be very sure that we are communicating ideas effectively and that all parties understand and mean the same thing when using the same terms. Russell’s “theory of description” refers to co-referring and non-specific descriptions. An example of a co-referring description would be “the evening star” and “the morning star”, which are two terms for the exact same thing. A non-specific term would be something like “an aardvark”, which makes a reference to something but not a specific something.

Like science, Russell thought that philosophy should be done using strict method and formal logic. He was a big believer in the principle put forth by medieval philosopher William of Ockham, “Occam’s Razor”, which stated that the conclusion in which the smallest number of assumptions needed to be made was most likely the correct one. He also thought that philosophy, like science, could only come to tentative conclusions. He was heavily influenced by the radical skepticism of David Hume, who he considered his philosophical hero, and many of his views on philosophy were compatible with a Humian viewpoint on philosophy.

Because his viewpoint toward philosophy were so grounded in science, Russell rejected the idea that Ethics could be seen as being within the purview of the philosopher at all. Russell agreed with Hume that Ethics could be objectively argued for, though he considered them to be based on intuition and could not be derived from the natural world or use of deductive logic. Russell did write many papers on the subject of ethics but he considered his role to be more of a social critic then as a philosopher. It is also noteworthy that the only philosophical subject that Russell avoided was Aesthetics, a branch of philosophy that Hume viewed in a similar way to his theory of ethics.

Religion had not been discussed on its objective truths seriously since at least Kant and by the 20th Century, theology had become an almost completely separate study to the concerns of philosophy. Russell, was an outspoken critic of religion and he also thought that it had no place in philosophy, especially in his strictly scientific view of what philosophy should be. As an analogy for this viewpoint, Russell presented what is now known as “Russell’s Teapot.”

Russell stated that if he claimed that an unseen teapot had been orbiting in space, and he expected others to believe this based on ancient texts that asserted it, with no physical evidence, he would be considered crazy. The point of the analogy is to assert that when one makes a claim for which there is no evidence, then the burden of proof is then placed on the person making the claim and not on the person who dismisses the claim. This viewpoint is consistent with Russell’s scientific view toward philosophy.

However, many philosophers have pointed out that Russell’s analogy may be a flawed one. One criticism is that there is a rational basis for the belief in a deity but that a teapot has no such basis. A more substantial objection may be that in the case of the teapot, we are disagreeing about a very small detail of the world. In the case of the atheist and the theist, there are a number of vast differences and religion does not make a single claim about the nature of reality, but a vast and complex, interconnected series of claims.

Regardless of the limitations of the analogy, it has been influential on modern atheist thought and has been the inspiration for other similar concepts, like “the flying spaghetti monster” which may serve as better analogies to claims made by religious thinkers.

Russell did a great deal of work with mathematics and logic, much of which would help in the grounding of his views on analytical philosophy and would influence future philosophers, most notably Willard Quine. With Alfred Whitehead as a collaborator, Russell wrote Principia Mathematica, a three volume work on the foundation of mathematics. The purpose of this work was to derive the foundations of all mathematical truths from the axioms and principles of formal symbolic logic. Russell and Whitehead based their views on mathematics on a “system of types” and Russell had previously presented a number of paradoxes that point out flaws in previous views on mathematics.