Key Concepts of the Philosophy of Martin Heidegger

Martin Heidegger was a 20th century German philosopher whose work in phenomenology was a huge influence on the ideas of existentialist and on continental philosophy as a whole. Heidegger was a student of Edmund Husserl and built his viewpoints of Husserl’s development of phenomenology but applied it to questions that Husserl had never been interested in. Heidegger became a controversial figure when the Nazi’s seized power in Germany and he became a member of the Nazi party. It is unknown how much of the Nazi philosophy Heidegger was aware of or embraced but he never apologized for his membership or statements that he had made in support of the party. Some have condemned his philosophy based on these grounds but little relationship between the philosophy of Heidegger and that of the Nazi party can be seen in his work. It is also worth noting that most philosophers who have been influenced by him have gone in a totally different direction politically. 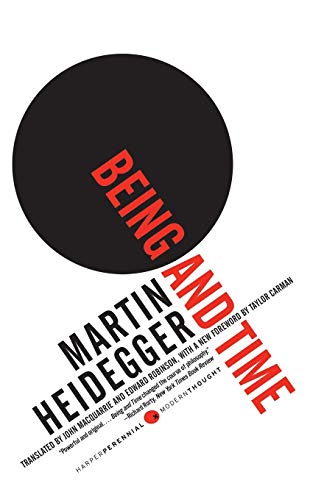 Heidegger was interested in what he considered to be the fundamental question of philosophy, “why are their beings instead of nothing?” Heidegger was not a religious man but even for the religious he did not think that there was an easy escape from this question. What is the point of the existence of anything? Why is the universe here? What is the point of consciousness?

Human beings are defined by their relationship with the world. In this way they have an “active” being that Heidegger calls “daesin.” The term is a famous one when dealing with Heidegger’s philosophy but it only means the essential being as humans experience it, meaning a state of being that interacts and understands the world around it.

For Heidegger, the understanding of being was referred to as “existentiality”. In addition to the understanding there was what Heidegger referred to as “facticity.” Facticity was the mood or state that one brought to their interaction. While interacting our experiencing anything there was always a mood or state that we are in. This comes from our past interactions, moods or states and is subjective to us.

Heidegger considered humans in a state by themselves as being “authentic.” What being in an authentic state of Daesin would mean, is being independent of the influence of collective society. Heidegger referred to the collective being of society as “dasman” and when a person becomes submerged within the values of society they are “falling”, giving up the authenticity of their own daesin in favor of blending in with the herd and more easily interact within society. Heidegger considered this an inauthentic way of being.

One of the primary motivators for humans is angst. Angst, or anxiety, Heidegger claimed, was brought on by the fact that humans are the only beings that are aware of their death. Knowing that we are going to die gives both urgency and value to existence. We know that we are finite beings and that we have to accomplish what we want to accomplish in a set period of time. Heidegger considers angst to be a good thing, and something that gives meaning to human existence.

Heidegger considered angst to be part of the key to achieving authentic being. Heidegger thought that “living toward death” and knowing that this is the ultimate place for all of us, is key to understanding ourselves, our value and our primary motivations.

The danger that Heidegger sees is when human beings begin to think of themselves defined by technology. Heidegger claims that our relationship with technology should be one where we ponder its essence. Wee are the beings that are being spoken to and technology is in service to us, not us in service of technology.

Many have compared the philosophy of Heidegger to eastern philosophical thought. Taoists place a heavy emphasis on natural order, the solitary life of individuals vs. their role in society and are critical of man defining himself apart from his natural authenticity. There are similarities between the two schools of thought and also differences. It is unknown whether Heidegger was in anyway influenced by eastern philosophy.