Key Concepts of the Philosophy of Friedrich Nietzsche

The 19th Century German philosopher Friedrich Nietzsche is the most widely read and perhaps the most widely misinterpreted philosopher of our time. Many people gravitate toward Nietzsche because his writing style is bold, provocative, hilarious and seemingly “dangerous” all at the same time. In short, Nietzsche is the “bad boy” of the philosophical world and the closest thing there has ever been to a philosophical rock star. Even though Nietzsche is easy to read he is not easy to understand. Writing in a literary style means that interpreting exactly what he is saying is a challenge. Also, he often contradicts himself to make his point through irony. Though all his books are thematically connected Nietzsche takes for granted that his audience is familiar with his previous work before they begin to read the next one and his satirical, often sly references to other philosophers require that his readers have a basic understanding of the history of philosophy in order to appreciate the context. 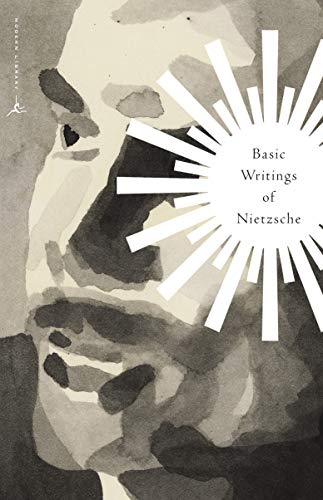 Unfortunately, because Nietzsche had a mental breakdown toward the end of his life, his work was controlled by his sister who was a hateful Anti-Semite and nationalist. She took snippets of his unfinished notebooks and created a book called The Will to Power which presented Nietzsche’s philosophy completely out of context and was later embraced by the Nazi Party. As a whole, Nietzsche’s philosophy is in opposition to everything the Nazis stood for. He hated racism, anti-Semitism and nationalism. Nietzsche is also sometimes attacked unfairly because of his harsh criticisms of Christianity, but even that part of his philosophy is often misunderstood. What follows is the essentials of Nietzsche’s philosophy.

The Birth of Tragedy

Nietzsche was not trained as a philosopher initially but was instead trained as a professor of the classics. He was interested in Greek art and culture and also was influenced by the writing of another German philosopher, Arthur Schopenhauer. As a student, Nietzsche was widely regarded as a prodigy and he received his first professorship on glowing recommendations from his own professors. However, Nietzsche quickly lost a lot of his clout as an academic when he published his first major work The Birth of Tragedy. It was so radically different than anything that was being done at the time that it was derided almost universally by the establishment. Nietzsche became disillusioned and retired due to his health problems (he had chronic headaches and vision problems) and spent the rest of his life living on a meager pension while publishing his work, mostly with his own money.

What The Birth of Tragedy deals with is a critique of Greek tragedy based on the opposition between the “Apollonian” and “Dionysian” which Nietzsche defines as the realistic and controlled elements in the former and the fanciful and chaotic elements in the latter. The work says little about what Nietzsche’s philosophy would eventually become but it is still a significant work in the field of aesthetics, where Nietzsche’s original and difficult critique gives an interesting vision of what art can be and allows those who study art to embrace a bold philosophical outlook of what art can and should be.

Nihilism, Perspectivism and The Death of God

One thing that is very important to make clear is one mistake that many students make and a misconception that just will not die: NIETSZCHE WAS NOT A NIHILIST! Nihilism is often defined as “belief in nothing” but would more accurately be called a lack of beliefs. Nietzsche’s work is concerned with nihilism and is in opposition against it. One of the things that often is missed about Nietzsche is that as a child he was very religious. He knew so much about the bible and about theology that he was called “the little preacher” because he was more knowledgeable than most adults. This would probably lead to the foundation of his basic philosophy because Nietzsche came to the conclusion that science had replaced religion in our world and this was a problem because, unlike religion, science gave us no values from which to live our lives but simply gave us empirical data. Nietzsche feared that a world that embraced science as the highest value would lead to nihilism.

At the same time, Nietzsche began to find fault with the values of Christianity and while he began to look toward other religions, such as Buddhism, he saw the same nihilism there that he saw in Christianity. Nietzsche found himself becoming increasing disillusioned with the values of society and his writing after The Birth of Tragedy began to reflect this. He began to feel that man was on his own and he began to develop the outlook of Perspectivism. The German philosopher Immanuel Kant had developed a system of ethics that was based on “pure reason” but Nietzsche vehemently rejected this. He resented the idea that Kant was trying to find an objective reality that applied to everyone regardless of circumstances. Nietzsche began to believe that it was up to the individual to create his own values and the society of people who could do this would have evolved to a “higher history.” A man who could create his own values would be the Ubermensch. (Superman)

Nietzsche explored the concept of the Superman in his novel Thus Spoke Zarathustra. Though he had previously used the phrase “God is dead” in his essay The Gay Science here he makes it more clear what he means. He puts the words in the mouth of “a madman” who goes running through the streets looking for God. When he finds some atheists who laugh at him he becomes angry. “We have killed him!” he tells them. Upon getting no reaction he replies, “I have come too early.” The fact that the claim that we have killed God is addressed to atheists shows Nietzsche’s true concern. Though Nietzsche himself has rejected religion as a bad set of values, he is alarmed that it is only he who has recognized the problem of nihilism that this has caused in society.

A Re-evaluation of Values

Nietzsche’s work following Thus Spoke Zarathustra is dedicated to the solving of the problem of nihilism that he sees in society. His next two works Beyond Good and Evil and The Genealogy of Morals establish Nietzsche’s principle ethical views as he explains the emergence of two sets of morality in human society, master and slave morality. He follows these with two other great works, The Twilight of the Idols and The Anti-Christ. The former is a scathing critique of German society and attacks on previous philosophical ideas, especially those of Plato, while the latter is a detailed critique of Christianity.

Nietzsche’s master morality is heavily based on the values that he had seen from his study of Greek society. Nietzsche defined these as valuing strength, assertiveness, wealth, success and the finer things in life. Nietzsche associates these values with the nobles who defined the words “good and bad” as merely meaning fortunate and unfortunate. Nietzsche sees this morality as being dominate in society under the Greek and Roman cultures and he says the “slave revolt” that began with the religions of Judaism and Christianity had established the new morality that had taken hold in modern society. Nietzsche claimed that slave morality was based on resentment and what is valued by it is merely the opposite of what master morality values.

The point that Nietzsche is making is that this morality is based on simple anger at those who are stronger and more successful. Nietzsche uses the example of a “bird of prey” that is attacking a flock of lambs. He states that the lambs may find the bird of prey evil and wonder “why does he hate us?” Nietzsche states that the bird of prey likes the lambs just fine and in fact, finds them very delicious. His point is that the bird of prey is just being who he is and there is no evil in this. This is how the bad of the nobles becomes the evil of the slaves and also why religions, especially Christianity, admire poverty, meekness and abstaining from pleasure.

Detractors of Nietzsche have pointed out that he seems to have committed “the genetic fallacy” with this argument. While this may very well be where Christian and traditional morality comes from it does not mean that it is a bad value to have. This may not be the argument that Nietzsche intends to make. Since Nietzsche is not basing his morality on reason, but individual drives and ambitions, he is well aware that any kind of morality can be valued by how useful it is to a person. In this way Nietzsche does not necessarily object to somebody taking values that are useful to them but he does think that slave values are detrimental to society as a whole.

To Nietzsche, it is those that dedicate themselves to their own goals and create their own values for the sake of realizing that goal who will lead humanity to a higher level. While many want to reject Nietzsche’s claim that compassion and communitarianism lead to a repressive society he has a point that many of the advances of the human race have been perpetrated by those who have chosen to disregard the rules of society and create their own values. To Nietzsche the rest of society should be in service to these special people who represent the best of humanity. This is why he rejects the idea of a liberal Democracy as a form of government and sees an aristocracy, where society is dedicated to producing the highest individuals it can, as the ideal society.