Kikuyu People and the Traditional Ceremony of the Second Birth

Routledge, writing in the early 1900’s noted that all the Kikuyu clans in his locality took their male children through a ceremony that re-enacted a birth. He termed it appropriately ‘second birth’ and was perplexed by it. He noted that “the symbolical second birth is perhaps the most mysterious of the Kikuyu rites…” Routledge tried to get to the bottom of the rite, but much as he tried, the Kikuyu would not let him in on it. He even offered to be taken through the rite himself while his wife offered to be one of the birth attendants. Routledge records that, “no amount of bribery or use of personal influence prevailed to permit either of us to witness it.” The European couple was however fortunate to have among their servants “natives who have freed themselves from tradition,” who described the procedure, having gone through the ceremony themselves.

For those who have read my writings about the Kikuyu having come from Ancient Egypt, this right is not as mysterious as Routledge would have us believe. Before we look at the significance of this ancient rite, let us discuss it in some detail.

Detail of the Ceremony

Routledge's infomant, being a man, give the impression that only boys were taken through this rite. The rite was performed when the boy could be trusted with herding goats, which by today’s reckoning would be about 10 years of age.According to Cagnolo, even girls were taken through the rite. It seem he too was perplexed by the objectives of the rite, which it seems were to legitimize the original birth, "for reasons only known to the mother."

A day was appointed by the boy’s father for the rite. It could be any day, as long the goat for the rite could be availed and the presence of the participants guaranteed. If the boy’s father was not alive, another man represented him. The same case applied to the child’s mother. Any non biological couple that acted in this way was accorded the same respect as the real parents of the boy in future.

On the appointed day, the hut for the rite was swept clean, with everybody attending to their duties as usual. The animal was killed late in the afternoon by someone other than the boys would be father. The gut and intestines were kept aside. Later in the evening, the boy, his would be mother and her birth attendants entered the hut. No man was allowed in, just like in the case of a real birth. All the boy’s ornaments were removed. The woman sat on a piece of hide in a birthing position and the boy sat in front of her, but between her knew. A piece of the skin from the slaughtered goat was passed over one should and under the other arm of the boy. The woman then pretended to be in labour and made the necessary sounds. At this point the guts and intestines were passed round the woman and to the front of the boy. One of the women in attendance cut the gut, soiling the boy in the process. Perhaps that was the signal for the boy to utter a cry like a newborn, sending the attendants into ululation, exactly the way they would have sounded when celebrating the birth of a real baby. The birth attendant and the ‘mother’ of the ‘baby’ bathed the boy who spent the night in that hut with his ‘mother,’ all through to the third day.

On the third day, visitors came to see the ‘new born’ with presents and there was much feasting. That night, the father also spent the night in the hut, marking the end of the ceremony. The boy was now a full member of the community.

If a child died before going through this ceremony, the community was not involved in his burial. His mother disposed off the body without help before being cleansed for handling a dead body.

This rite was probably invented by women, so that as a man grows, he will forever hold a woman in awe. Indeed, the respect accorded to Kikuyu women was great, and such a ceremony would only have served to increase it. This ceremony cannot have served the interests of men in any perceivable way.

The Kikuyu came from Egypt

I have state elsewhere in my writing on the Kikuyu that when they came from Egypt, the retinue had many women from the Pharaoh’s harem. Having come from Egypt, these women would only marry someone who was ‘a son of the sun,’ since they were ‘daughters of the sun.’ But when they arrived in the Mount Kenya area, such men were in short supply. Many of them would already have wives from Egypt. The women had no recourse than to marry the local men. But here was the catch. The locals were ‘inferior’ so to speak, and the only way to bring them culturally to the level of the women from Egypt was to take them through a ceremony of ‘second birth,’ where they would be adopted by ‘a son and daughter of the sun.’ This would be followed closely by the circumcision rite.

How this rite is connected with migration from Egypt

Of course I should supply some evidence, otherwise all this would be pure conjecture. Here we go:

· All Kikuyu clans are headed by women and according the myth of origin, Gikuyu and Mumbi had only daughters and Gikuyu had to sacrifice to God Ngai in order to get men to marry his daughters.

· When a Kikuyu child was old enough to receive religious instructions, the cartilage of his ears was pierced and three sticks called Ndugira were inserted. The sticks faced upwards, perhaps to direct knowledge from or about the sun to enter. Note Ndugi-RA is suffixed with RA, the sun God. The Mother’s brother would then impart the necessary ‘Kiri-RA’ – religious instruction. Note again the RA suffix. Kirira in this case means ‘it has RA.’

It makes sense that when Gikuyu identified men to marry his daughters, he had to incorporate them first into the ‘sun culture’ by taking them through rituals that would make them ‘belong.’ A group of men who have just gone through the rite of circumsion are called ‘mumo’ – they have come out (of what? An outside culture?). Each young circumcised man is now a ‘Mwanake’ – which to me is from the morphemes ‘Mwana (child) and ‘Wake’ (his) – his child. Only after going through these rites of ‘second birth’ and ‘circumcision’ did they belong.

Kikuyu Girls were 'Daughters of the Sun'

Sixty youths of a certain village heard one day that no girl in the world was as beautiful as the daughter of the sun. – If we do not obtain her for our own, they said, we shall always be degenerate sons of the stock of ichagatae.

Note the strong words used if they do not marry the daughter of the sun! They would be degenerate sons of the stock of ichagatae. I have inquired about this stock but no living Kikuyu remembers what stock it was. But in the eyes of the stock itself, they felt hopless and despicable, and would only be cleansed by marrying the daughter of the sun. Since 60 youth cannot all mary the same girl, it is my submission that just like Solomons harem, there were enough ‘daughters of the sun’ for every man who was willing to be born again and cleansed from his original stock. Even today, I am to understand that Kikuyu women who marry into cultures that do not circumcise their men insist that the man first undergoes the surgical procedure as a precondition. The House of Mumbi still rules.

The second birth is no longer practiced today. With the coming of Christianity, the priests had a very easy time teaching the Kikuyu about being born again in Christ. It was a concept that they already understood under different circumstances and easily dropped their ancient rite for baptism later confirmation.

There you have it. The ceremony of the second birth was perplexing to anyone who did not know where the Kikuyu had come from, and the power of the woman in Kikuyu traditions. 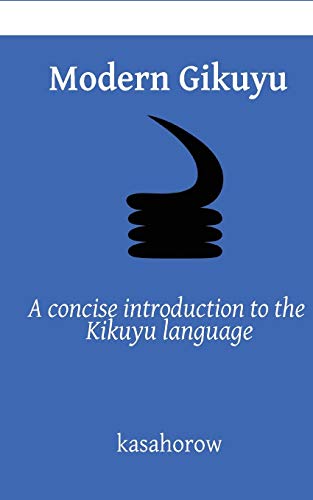