Many hundreds of years have now elapsed since the religious tales of Ancient Greece became simple mythology, but the names of many characters from these tales remain famous even today. Gods such as Zeus and Hades are well known, as are such heroes as Heracles and Perseus, there are also a select number of kings from these tales whose names remain recognisable, with one such king being King Minos.

The fame of King Minos was such that when archaeologists were undertaking work upon Crete, and evidence of ancient civilisation discovered, the society was named the Minoan civilisation after him. 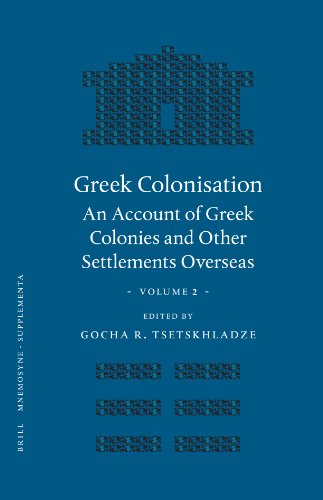 The Birth of King Minos

The story of Minos begins within another famous story from Greek mythology, the abduction of Europa by Zeus.

Zeus’ desire for Europa was such that he abducted her from her native and took her to Crete, where he ravished her beneath a cypress tree. The brief liaison between god and princess resulted in three sons being born, Rhadamanthys, Sarpedon and Minos.

After Zeus departed the king of Crete, Asterion, took Europa as his new wife; and the king adopted Rhadamanthys, Sarpedon and Minos, raising them as if they were his own.

Succession to the throne of Crete

Eventually though, King Asterion would die, and the question of succession to the Cretan throne arose, and argument ensued.

Minos would pray to the Greek sea god Poseidon for assistance, and in response to the prayers, Poseidon sent forth a magnificent white bull from out of the sea. This was taken by all that the gods favoured Minos’ claim to the throne, and so the matter of succession was decided.

To cement his position, Minos would expel his brothers from Crete, and eventually Sarpedon would go and live in the land that would become known as Lycia, whilst Rhadmanthys resided in Boeotia.

The Rule of King Minos

Minos’ rule of Crete was said to have been guided by the hand of Zeus himself, and as a consequence, laws and legislation were established. These laws proved so right and just that they would be used in other regions of ancient Greece as well, including Corinth and Sparta.

King Minos would also increase the influence of Crete as well, with the king building up the island’s navy, until it was the dominant naval power in that part of the Mediterranean.

The king of Crete would also wed a suitable bride in the form of Pasiphae, a daughter of the son god Helios, and sister to Aeetes, Circe and Perses.

The marriage between Minos and Pasiphae would bring forth a number of children, including the commonly named, Androgeus, Ariadne, Catreus, Deucalion and Glaucus. Many other children are named in ancient sources though as well.

The Anger of Poseidon

All seemed to be going well for King Minos, but he had managed to make his benefactor Poseidon angry; for it had been expected that the magnificent white bull sent by the sea god would be sacrificed in honour of the god. Minos though so admired the white bull and sought to keep it for himself, and instead the Cretan king sacrificed a lesser beast in its place.

Poseidon decided to have his revenge, but rather than the son of Zeus facing the sea god’s wrath, Poseidon instead undertook retribution upon Pasiphae.

Poseidon would transfer the love that Minos had for the white bull onto his wife, with this love manifesting itself in Pasiphae having unnatural urges to mate with the bull. Pasiphae would ultimately have to enlist the help of Daedalus to satisfy this urges, and in the end Pasiphae would give birth to a son, Asterion, a son who would become known as the Minotaur.

Whilst not his son Asterion was welcomed into the household, although ultimately when he grew up he would have to go and live within a labyrinth beneath Minos’ palace.

The Cruelness of King Minos

Up until now Minos had been perceived as a good king, but ultimately he became known as a cruel one. This cruelness is highlighted in his dealings with Athens.

During one of the Athenian games, Androgeus was killed, either by accident, at the horns of the Marathonian Bull or at the hands of an unhappy mob. News of his son’s death caused Minos to dispatch his whole army against Athens.

As the forces of Minos travelled to Athens they would come to Megara, a city allied with Athens. The king of Megara, Nisos, was said to be invincible whilst he sport of a lock of purple hair, but the daughter of Nisos, Scylla, having fallen in love with Minos, cut the lock off whilst her father slept, causing the city of Megara to fall. Minos though spurned Scylla, and continued onwards to Athens.

The war with Athens proved to be a short one, with the power of Crete quickly overwhelming Athens. Minos was aided by his father Zeus during the war, and the god sent down pestilence and disease upon the city.

Subsequently, Minos would demand that Athens send seven youths and seven maidens every year (or every nine years) so that they could be sacrificed to the Minotaur.

The Downfall of Minos

The demand for sacrifices would in time bring forth the downfall of Minos, for in one group of sacrificial youths was the Athenian prince Theseus.

Minos’ daughter Ariadne fell in love with Theseus when the prince first set foot upon Crete, and quickly the princess would enrol the help of Daedalus in her plan to save Theseus from being sacrificed.

Ariadne would give Theseus a sword and also a ball of twine when the Athenian prince entered the labyrinth, allowing Theseus to kill the Minotaur and to then escape from the maze. Theseus, Ariadne and the other Athenians would quickly depart from Crete before any retribution could be undertaken.

The Death of King Minos

Minos was angered by the disloyalty of his daughter, but he was equally angry with Daedalus, and so the inventor was locked in a tower with his son Icarus. The tower would prove to be no prison for Daedalus and whilst Icarus died in the escape attempt, Daedalus flew away to safety.

Minos was angrier about the loss to Crete of the inventor than anything else that had gone on before, and so Minos set sail in pursuit of Daedalus.

Daedalus would find sanctuary upon Sicily in the court of king Cocalus, but Minos would track the inventor down, with the artisan revealing his presence when a puzzle was solved. The daughters of King Cocalus though were unwilling to let Daedalus, the man who made intricate things for them leave, and so whilst Minos took a bath, the Cretan king was boiled to death.

The story of Minos though is not ended by his death though, and Minos would find a role in the afterlife, for the Cretan king was made one of the Judges of the Dead, alongside Aeacus and Rhadamanthys. This role was said to have been bestowed upon him by Zeus for having previously shown good judgement, and also for the fact that he was the son of Zeus, although in truth in the realm of Hades, Zeus could not make such decisions.

Ancient writers though had a problem reconciling the “good” King Minos of sound judgement, with the cruel king who demanded human sacrifices. As a result, some writers would proclaim that there were actually two kings of Crete called Minos, one, the good king, being the son of Zeus and Europa, and the other being the grandson of the first Minos.

Judges of the Dead