The Tough Job of The American Civil War Laundresses

The laundresses or “Washer Woman” during the Civil went through a lot of trouble to clean the soldier’s uniforms. It was a tiresome, grueling, task that took three days to finish. In order for them to perform their task as laundresses, the women had to travel day and night, in hot, cold, snowy, and rainy weather with the soldiers. They had to live under the same harsh conditions as the soldiers.

Equipment Required To Perform The Job:

Life on the road was no vacation for these women; a laundress needed a lot of equipment to keep up with their work. These women had to be strong to take along two 25-gallon empty, oaks tubs weighing about 35 pounds and the following items:

The seven Steps to Clean Clothes

The first step before washing was mending the clothes. During all that fighting a lot of soldiers’ uniforms obviously got ripped or torn and some soldiers went days or weeks wearing damage uniforms. These holes had to be repaired because they will become larger during the washing process.

The second step was soaking, Typically, a laundress will soak the mended clothes on a Saturday evening because baths were generally taken on Saturday to get ready for Sunday. Also large meals were prepared on Sunday and the leftovers will last until Monday making it an easy supper. This gave the laundress more time to do the scrubbing

While the clothes were soaking in warm water or “blood warm” water as they called it, the laundress started the second step of removing the stains. There were hundreds of ways of removing stains. Household books and magazines of time had plenty of suggested items for removing stains such as, stale bread, liquid paraffin (wax), alcohol, and lemon juice to name a few. The choice of item used to remove the stain was based on the fabric, the dye (color), and nature of the stain. Once the stain was treated, the clothes were allowed to soak until wash day, one to two days later. This was a critical point in the wash process because if the clothes were soaked too long the clothes would go sour and if they were not soaked long enough more work would be required to get the dirt out.

The third step took place on wash day. The clothes were transferred in tubs of heated rainwater and turned inside out. The laundress added soap to the water and rubbed soap on the dirty spots if it was not removed earlier during the soaking step. The soaps used were made by the laundresses who obtained many of the recipes for making soap from household help books. 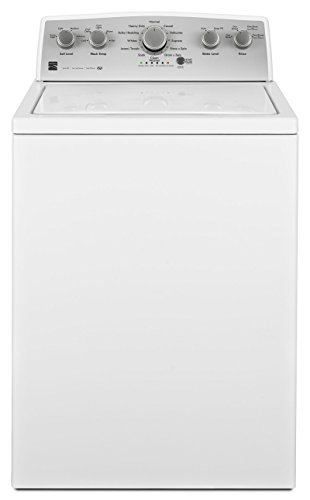 The fourth step was really a demanding step. This step in the process required muscles. The laundress went to work with the scrub board. She would rub each piece of clothing against it until the garment was clean. This was a very time consuming activity for these women and once the scrubbing was completed the garments were rinsed thoroughly and wrung out. Fortunately, the hand-cranked wringer developed in 1847, made this task a lot easier for some laundresses who were able to afford one of these things

The fifth step involves boiling the clothes, I repeat, boiling the clothes. Can you imagine your mother or someone boiling your clothes?  In Civil War era that had to be done or else you will be scratching all day. The laundress boiled the clothes to kill the lice and other small bugs in the clothes. Considering sanitary conditions in the army camps, boiling was very important for the company laundress. Later the clothes were removed from the boiling water with a laundry stick and rinsed three times in hot water, allowed to cool, and then rinsed once in cold water.

The seventh and final step, you guessed it, was drying. The laundress would then hang the clothes on the lines, spread them over bushes, or lay them on the grass to dry in the sun. Drying had to be timed so that the clothes would be taken in while they were still slightly damp, rolled neatly, and placed in a basket until they were ironed. During the Civil War, ironing cost about three cents for each shirt, and many soldiers saved their money for other things, but the Officers were happy to pay the extra charge for ironing. 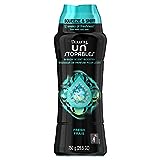 The sixth step was called bluing. I remembered seeing my grandmother doing this step as a young boy because her hands would turn blue when she did this. The process was called bleaching. The laundress did this by putting a solid material made from indigo, ultramarine, or Prussian blue pigments into several pieces of cloth to make balls. The balls were then dipped in the water to turn it sky blue. The clothes were then placed in the blue colored water to turn the yellowish color left behind from the soap to a more acceptable gray-white color.

Laundresses in the Civil War camps had an ingenious way of heating up their irons. They heated the iron in a clean frying pan warmed on a fire grate since they did not have a stovetop to heat it on. Ironing clothes with starch was a tricky thing to do during this era. Starch was made from wheat flour, potatoes, gum Arabic, and even from coffee for dark fabrics. Getting the right kind of starch in the right amounts on the right fabric while keeping the iron at the right temperature was an art. Everybody knows what happen when your iron is too hot and starch is on your clothes.

After ironing, clothes were allowed to cool before they were folded and put away. This airing out prevented mildew in case there were still damp spots on the clothes.

Finally, after all the laundry is completed, the laundresses still had work to do. They had to keep their tools in good shape. Wooden tubs and buckets leaked if they were left to dry for too long, so they were soaked to keep them watertight. If they kept the water in the tubs took long, the wood would become slimy and rotted. Irons were stored standing up to keep the bottoms smooth, clean, and free of rust. Wax was placed on the irons to keep them from rusting.

As you can see, being a laundress in a Civil War camp was a very demanding job and even housewives of this era also had it tough. But remember, this was just one of their daily chores. A day or two later they had to turn around and do these seven steps to getting their clothes and the soldiers' clothes clean again.