My father was considered Anglo American born in America of second generation American parents of Pure German decent. Mother was born of parents who both carried a lot of American Indian blood. My grandfather's wishes were for one of his grandchildren to be raised to be an Indian Brave.

His wish also was for every grandchild to know the language and heritage of those he considered to be the real people. Grandmother spoke Cherokee and knew a few words of Mohawk. More than likely the two are mixed in my mind under the heading Cherokee. Although it is no longer a spoken language for me my mind still processes information using it. There are many plants and animals there are no names which can be spoken because the only recollections can't be translated.

My grandfathers wishes came to pass through my mother and her children. The one my mother and grandmother chose to become the brave was me. The decision became personally mine from my earliest memory. Attending government mandated school was not a decision made by anyone in the family. This was done because it was required, not because it was deemed necessary by mother or grandmother.

This is my perspective of my blending of the two very different cultures.

My father didn’t understand my Indian life, he wanted me to fit in to the world he where he belonged. When he started to have me for longer periods of time, he soon learned a side of my mother that he had not known existed. During the time they spent together he knew she was part Indian but had no idea she would raise her children with her Indian values.

The words most often out of my grandmothers mouth during my first long visit were “that little heathen”. It didn't take long to learn to hide the Indian part of me from her. While talking to my mother, she said make life a game, show grandmother only what she wants to see. This lesson was learned very well. We learned at this time also that my thoughts were Cherokee and had to be translated to English. Late evenings after grandmother went to sleep and while on runs my Indian ways were always part of me. The rest of the time if there was a slip, there was trouble.

Father owned a business so did have time for me, if he decided to make it, otherwise my time was spent with his mother. He started teaching me carpentry and horsemanship much like my maternal grandmother had taught me to be Indian “the old way”. There were no power tools until they weren’t really needed. Being young and strong it was easy to keep up with him without them.

Time spent with the horses increased during my fourteenth year. My father had decided it was time for me to spend more time with him. Now that manhood was upon me my mother agreed. Before these longer visits the only people the horses would tolerate were my father and the vet. The horses allowed me into their space quickly and within a week there wasn’t anything they wouldn’t let me do with them. Part of my Indian training had been to respect animals, they were put on earth with a spirit much like each human has.(as near as it can be translated)

The horses were my brothers and treated with the same respect (as much as a child knows) every human was treated. Being brothers they were spoken to in my native tongue even though my dad didn’t like it at first. Once he realized he spoke to them too it was almost all right. He would have preferred that they were only spoken to in English, but he was caught speaking German to them more than once. It was then decided that we could be ourselves and talk as much as we felt like in what ever language we chose. The horses were far enough away from grandmother that she couldn't hear.

The horses never cared although its my belief they reacted to Cherokee better than they did any other language. My “proof” is my dad was bucked off numerous times and it never happened to me, and when my maternal grandmother came to visit they accepted her presence and our language from her too.

The choice to ride had been a hard one, my training didn’t encompass the idea of using an animal as a beast of burden. Mom was very good about talking this over with me and led me to books about the plains Indians for whom horseback riding was a way of life. She also had my brother take time off to go to the wilderness with me so it could be talked over with my spirit guide.

The guidance which was received was never mount without permission, To this day that has never been done. In the end horseback riding became part of my life as a way to spend time with my father doing something he loved.

My father taught me to ride on the outskirts of Riverside California close to where his home was. We rode on the evenings he didn’t come home too tired to move and about every weekend during the summer. Within four months my love for riding kicked in and its been part of my life whenever possible to this day. He was a good rider and loved it but within a year, he wasn’t the best rider in our family.

My father learned to let me be me, as long as whatever he asked of me was done and to his satisfaction. It didn't matter to him how much Indian there was in my soul. One of his sayings a few years later was "you really are more Indian than white" mostly as a jest when he went to shave and for me there was no need for a razor. He did realize that half my heritage came from my mother and accepted it better by the time my late teens were reached.

The picture is of part of the Santa Rosa Plateau in Riverside County California where we rode. .

Blending cultures is never easy. Those who do will always have a personal perspective

The Seneca Indian nations of which the Mohawks were one, learned early the only way to survive was to "share their seed" with those who would become the owners of the land. This blending of blood and cultures the chiefs of the time felt was imperative for their blood to survive.To this day although diluted the blood and for some the culture still exists.

How does one come to grips with two entirely different ways of life? Blending in to survive became the order of the day. The American Indians would have been wiped off the face of the earth if some Anglo Americans had their way. For hundreds of years as many as could hid their American Indian heritage. 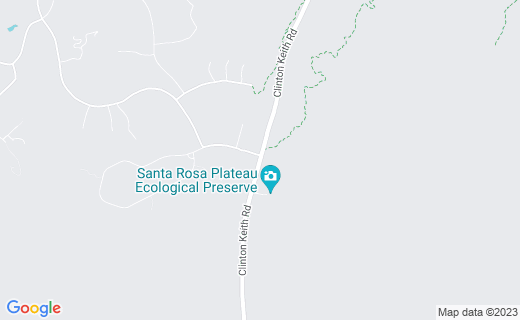