History has proven to be filled with certain battles of great importance. Such things as tactics, leadership qualities, troop moral and discipline have been put to the test so many times that we are able to learn how to employ the things that are necessary for victory. As we explore the actions of different battles we are able to reuse the strategies that turned not only the tide of battle, but also the course of history.

I like to look back on the ancient times, when the implements of war were a little simpler. This by no means results in simple strategy, rather the adaptations of the constant change in warfare to lead one's forces to victory. Napolean, revere today as a superb stratestician looked back on the major conflicts of history to gain an understanding of the dynamics of combat. Without history we would never know where we have been; thus being blind on how to get to where we are going. 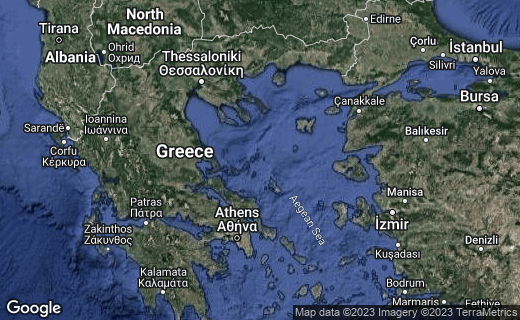 This campaign by the Persians to rule the world was made famous by the battle of Thermopylae and the extermination of 300 dedicated Spartan warriors. Indeed this battle was a turning point in the war, and even though the Spartans faced complete annihilation they stood their ground to the last man. The Persians had the upper hand with strength in numbers and the fact that they were unified. The Greeks were not. We remember that Greece was composed of City-States and that they were always in conflict with one another. Each City-State had it's own army which sworn allegiance to the same. To solve this Greece formed the Hellenic League with the goal of preservation of Greece in mind. Ironically we will see this same effort in the Reconquista of Spain as well.

Thermopylae was situated at a narrow mountain pass that proved to be of strategic importance. It was at this point that the Persians would begin their assault on land of Greece and was indeed the front door of the bloody invasion. In addition to three hundred hand picked Spartans there were several thousand other Greek forces as well. This other force was mainly constituted of citizen-soldiers, not professional soldiers. So I am sure it was a logistical nightmare. In my experience if two separate units do not train together then there will be problems that need to be hashed out really quick. I can only imagine that the leaders there had more on their plate than what they bargained for and then some.

This spot however was very advantageous and it was here where King Leonidas would die to protect all of Greece. A wall needed to be built and preparations made as usual. He would have to secure his flank and rear. No problem for them because the Spartans were bred for war; literally. At a young age they were trained to be warriors with fighting and survival skills. They were elite and fearless in battle; or there would not have been the legend and awe around their existence.

Xerxes was probably more angry than impressed with their resiliency on the battlefield. No matter the number of Persians advancing the Spartans repelled them; wave after wave. But Xerxes was able to adapt his strategies and using local intelligence he was able to out flank the Spartans. In any formation the flank and rear are weak points. If one is able to expose a kink in the formation then a door is opened and hard to close. With the force sent to protect the rear retreating Leonidas was left with no choice but to turn and fight two fronts till death or victory.

The moral of this story is that of the importance of saving Greece from invasion, Spartans sacrificed themselves to motivate the rest of Greece to put boots on the ground and fight. Although faced with a superior force the Spartans relied on their intensive training and discipline to keep the Persians at bay. Murphy's law took precedence but they stayed and fought and died. Great story for history's sake!!!

Who was a better leader?

Alexander was no doubt an inspiring leader. He had to be if he wanted to keep his men motivated enough to follow him for as long as they did. He was not only able to "talk the talk, but walk the walk" as the euphemism suggests. He was a classic example of leading from the front. He was always in the thick of battle and even rushed out after King Darius for one on one combat. He was brilliant; he captured ports to use to his advantage. He tried to win the hearts and minds of the people he conquered by accepting their customs and merging them with his. He also allowed his troops to take wives from the conquered people. He was a charasmatic leader which made it easier for his men to follow him at first. Julian Thompson in her book Call to Arms, Military Speeches quotes Alexander's address to his troops where he tries to motivate them before battle. In very illustrious measure he tells them:

" There is no need for me to rouse you, my officers, to valor, when that valor is already within you. Let me remind you to persevere discipline in the hour of danger- to advance when called upon to do so, in utter silence; to watch the time for a hearty cheer, and when the moment comes, to roar out your battle cry and put the fear of God into the enemy's hearts."

He was confident; maybe overly confident, which could have lead to his demise. He would become consumed with greed and upon the death of his close friend he was more egotistical and unbearable to fight for. Which leads me to another quote by Franklin Roosevelt who said you can never get too far ahead of your followers.

Who you might ask is Scipio Africanus? We have all heard of Hannibal. No..... Not Hannibal Lector from Silence of the Lambs!!!! ;-) Well let's just find out....

Hannibal is most famous for his crossing of the Alps to lay siege to Rome and is regarded as an accomplished tactician. I mean, obviously that goes without saying. It wasn't easy. He had to command a polyglot force but did so effectively as the crossing itself is proof of the amount of discipline and knowledge of the weaknesses and strengths of his force. We learn from Sun Tzu that one who can master both superior and inferior forces will win. Hannibal was listening when he tried this unthinkable feat.

Scipio, much like Hannibal was from a wealthy and political-military family. He was in charge of the Iberian legions and saw his fair share of combat. He is known for finally conquering Carthage and led that final campaign to push Hannibal back home. History portrays Scipio as honorable, merciful, fair and honest in that he did not destroy Carthage as he could have; and as was later done. As a leader Scipio was in command of a well trained veteran force. Having faced the infamous war-elephants previously, Scipio had his forces spread apart making narrow corridors so that the elephants would just run by the main body.

So in a nut shell Scipio was the conqueror of Carthage and revenged Rome from Hannibal's wrath. He inspired his men and gave them confidence. Julian Thompson explains that he addressed his men by telling them:

"Go therefore, to meet the for with two objects before you, either victory or death. For men animated by such a spirit must always overcome their adversaries, since they go into battle ready to throw away their lives."

That's leadership! He tells them up front; we are all going to be in danger, so suck it up and let's go. He didn't sugar coat anything. That is the bluntness that is sometimes needed to wake your troops up and let them know that its going to be rough, but follow me and do as your trained.

By looking at histories great leaders we are able to see what tricks they used to motivate their men. We can also learn maneuvers and many, many things. All that is needed is adapting it to fit the needs at the time. We must always remember that the past is the past; but it helps us to look to the future. That is why I love history, and try to apply those timeless lessons that were learned.