One of the marine aquariums that I set up in my home was a 55 gallon live reef tank. This means that I used live rock (rock from the ocean that contained live organisms such as corals, snails, anemones, limpets, etc. already on it) to create a living reef. These “live rocks” contained many hitchhikers which then found their way into my saltwater aquarium. One of the hitchhikers that I discovered was the limpet.

Answers.com defines a limpet as: “Any of numerous marine gastropod mollusks, as of the families Acmaeidae and Patellidae, characteristically having a conical shell and adhering to rocks of tidal areas.”

The second definition was: “One that clings persistently.” This definitely describes the limpet, which can be found in both fresh and salt waters, and in warm and cool waters, all over the earth.

The third definition may be familiar to war and military buffs: “A type of explosive designed to cling to the hull of a ship and detonate on contact or signal.” Again, it was used to describe something that clings.

Limpet is the name given to a snail that has a shell that is conical in shape, but whose shell is not coiled or appears not to be coiled. Although limpets can be found in freshwaters or saltwaters, we will be discussing the saltwater or marine limpet. Limpets typically range in size from ¾” (2 cm) to 4” (10 cm). This conical shape enables the limpet to survive the thousands of wave crashes it experiences every day without losing its footing.

Notice the etch type marks on the rock around the limpet. These are caused by its feeding behavior, and are made by its ribbon-like tongue which consists of rows of teeth.

Most limpets have gills, but a few have developed the ability to breathe air much the same way as we do, adapting part of their mantle cavity to function as a lung.

Like their relative, the nudibranch, the limpet has a very strong muscular foot that acts as a clamp. They are able to attach to the rocks and coral surfaces with such extreme forces that it is nearly impossible to remove them from the rock. In fact, it will allow itself to be totally destroyed rather than release its hold. This could literally be described as a “death grip”.

This clamp down action helps them survive in another way also. They clamp down to seal their shell edges against the rock surface, trapping some water inside their shells, literally sealing themselves safely inside. This is beneficial to protect them from exposure to the air and the sun when the tide goes out and they find themselves exposed to the open air.

The Patella limpet, which can grow as large as 8 inches (20 cm), is in serious danger of becoming extinct because of over-harvesting by shell collectors and dealers, and by others who use it as a food source.

An interesting note: in humans, the patella is the kneecap bone. It is obvious where these Patella Limpets got their name.

Most limpets are herbivores, grazing on algae. Some smaller species of limpets, live on seagrasses and graze on the microscopic algae growing on the seagrassess. Their tongues are very similar to a cat’s. They use their tongues to rasp, or scrape, the algae from surfaces. If you have ever been licked by a cat, you would understand this process.

The limpet species, Lottia gigantean, actually tend their own garden patches. They establish a territory and aggressively push other creatures out of their area by ramming them with their shell. Therefore, insuring themselves of a constant food source. This territorial behavior is atypical.

Limpets find themselves as a food source to starfish, shore birds, fish, seals, and humans. To defend themselves from these predators, the limpet will clamp down on a surface in their environment. The second method they utilize is to flee. This is not as effective, because to a limpet, fleeing means moving at the speed of several inches an hour!

Limpets have been documented to live as long as 20 years.

Limpets spawn once a year, usually in the winter, by releasing eggs and sperm into the water column. Their larvae live free floating in the ocean waters for a couple weeks and then settle down to the ocean floor.

Limpets also exhibit homing characteristics, always returning to the same place after eating. Often times, they will use this same spot their whole life. Limpets, who do not have any eyes, leave mucus trails, like a land snail or slug, which enables them to find their way back home.

The Keyhole Limpet has developed a symbiotic relationship with a worm that lives under its shell. When a starfish attacks this limpet, the worm will come out and zap the starfish causing it to retreat. The limpet and the worm serves as protectors for each other.

How to Gather and Cook Limpets

In the video below, Fraser Christian of CoastalSurvival.com, a coastal forager, shows how to gather and cook limpets. 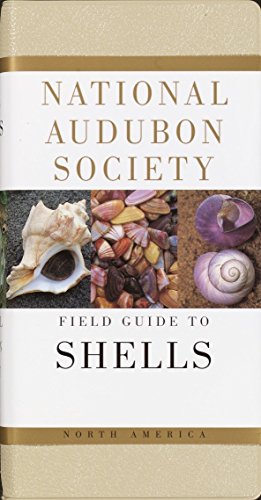 Other Mollosk Articles By This Author:

Other Sealife Articles By This Author: