The Art Of Living Dangerously

Live Dangerously and You Live Right

I've always enjoyed reading quotes about the importance of being adventurous, living on the edge, and pushing our limits as the best way to live. I Even enjoy watching this phenomena at the movies, watching time after time some hero/heroine pushing their luck beyond the limits of our imagination and into the credits which follow some great deed, success, or happy ending. Heck, I even love to listen to it....my favorite song which this dangerousness expresses itself most (to me that is) came from the late Jim Morrison. The song of his that I especially like is....Break on Through To The Other Side.

Seriously...there is something about this idea that intrigues me immensley and also resonates deep down within me. I just can't put my finger on exactly what it is about living dangerously that I like, and perhaps it's the same for you, so I thought I would dedicate a page to this fantastic interest of mine, (hopefully ours) and see if I can....

1. Gain more clarity on it's meaning to me, and perhaps others.

2. Elaborate on it's importance for my life and maybe even yours.

3. Spread the Word...maybe even inspire an individual or two into being more "dangerous". Quien Sabe!

Let's Start With Some Quotes - First Things First - Prepare yourself for lots of dangerous quotes.

Johann Wolfgang von Goethe said..."Live dangerously and you live right."..and "The dangers of life are infinite, and among them is safety."

Friedrich Nietzsche said..."Believe me! The secret of reaping the greatest fruitfulness and the greatest enjoyment from life is to live dangerously!"

Seth Godin said..."The lesson of the cow is worth repeating: Safe is Risky."

Karl Wallenda said... "Life is being on the wire, everything else is just waiting."

Helen Keller said..."Security is mostly a superstition. It does not exist in nature, nor do the children of men as a whole experience it. Avoiding danger is no safer in the long run than outright exposure. Life is either a daring adventure or nothing."

Robert F. Kennedy said..."Only those who dare to fail greatly can ever achieve greatly."

T.S Eliot said.."Only those who risk going too far can possibly find out how far they can go."

William James said... "It is only by risking our persons from one hour to another that we live at all."

"Greatness lives on the edge of destruction!!" - Will Smith

Mark Twain said..."Twenty years from now you will be more disappointed by the things you didn't do than by the ones you did do. So throw off the bowlines. Sail away from the safe harbor. Catch the trade winds in your sails. Explore. Dream. Discover."

Ralph Waldo Emerson...."Do not be too timid and squeamish about your reactions. All life is an experiment. The more experiments you make the better."

D.E.B Dubois said..."The most important thing to remember is this: To be ready at any moment to give up what you are for what you might become."

Pear S. Buck said..."The young do not know enough to be prudent, and therefore they attempt the impossible -- and achieve it, generation after generation."

Like our Living Dangerously Quotes? What was your favorite? You can tell the world at the bottom of this page.

Like these quotes? Like the idea of living dangerously? Excellent!! Be sure to visit my gallery and get some Good Stuff! 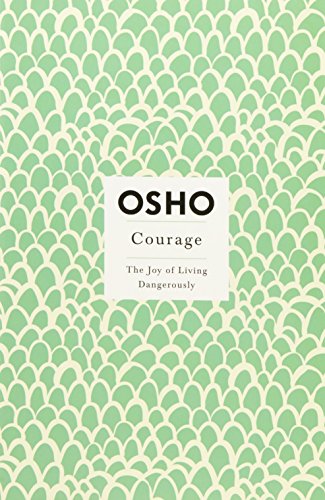 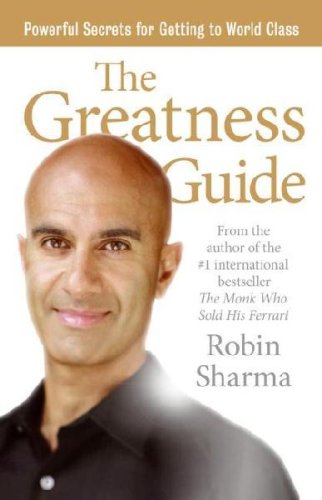 Break on Through: The Life and Death of Jim Morrison
Buy Now

Now The Real Fun Begins - What is dangerous living?

Wow...So ,what all these notable people are saying is, in essence the same thing. What is it about this dangerous living stuff that has so many prominent individiuals exhalting it's value and necessity? Don't you find it interesting that so many different people have the same underlining message about living. Now, I don't know for sure why it's a common theme, but I do have a hunch. So let's explore this hunch a bit shall we?

To begin with, I think that we are seeing these more notable historic & successful figures espouce this idea......well, perhaps it's because these words are the very gem which they used to elevate themselves into their exhaulted position, where we (the non-exhaulted) now want to know why they said it.

Or, it's because they lived pretty decent lives and can only imagine how much more amazing it would have been had they took more chances and made more of those intrigueing dangerous decisions.

Another reason probably has to do with what I liken to what Brian Tracy said on one of his Audio Tapes about Success. According to Brian Tracy.

of Brian Tracy International, the theme has a lot to do with the law of averages. This principle is pretty much the notion that, If you swing at the ball enough times with enough intensity, sooner or later you are bound to hit a homerun.

The Biggest Risk Is Riskless Living

I like the way that sounds. So pretty much his idea suggests how taking risks is much like a baseball game, but unlike baseball though you won't be out after 3 strikes. You can keep on swinging and swinging.

Another possibliity that I've come up with in studying the lives of great and outstanding people, is that every single one of them has been a failure. In fact they were perhaps the biggest failures of their time and in what they did, but of course they were also to become the biggest winner's. A terrific real world example is Thomas Edison. He experimented at least 10, 000 times and probably had just as many failures. However, instead of looking at these failures as set- backs or unwanted occurrences, he looked at them as answers. Yes, he pushed forward and lived dangerously compared to his contemporaries and found the answers to his questions. This of course was progress because each failure experienced would become to Mr. Edison, hints to his current progress on the goals he was moving towards. So for every time he failed, he would learn more about what that answer couldn't be, and would be privy to that fact the next time around and naturally, would never have to try that particular approach again. So, consequetly his dangerous, failure seeking antics would bring himself closer and closer to his desired result.

Be Outrageous - Take The Leap - Live Dangerously!!!! Stop being passive, Get into "it"

Let's take another look at all those movies and adventure books and all the fun those characters are having. Seriously consider this...when was the last time you or a friend or family member had an experience remotely close to what we see or read for entertainment. Heck we are paying big bucks to those darn vicarious venues for a reason. I believe that art immitates reality, or better yet, it immitates a reality that has passed. It seems the days of adventure and amazing acts of greatness have be resigned to books, tales, or movies.

Look, we have an industry that has revenues larger than many countries, perhaps we should take a long deep look into the situation and wonder why. It's my belief, that the primary reason behind all of this escapism is because the majority of us are too involved in riskless living. We are afraid...we are scaredy cats, weasels, whiners, and I'd even go so far as saying we are mostly lazy. So we get our "kicks" and all the risky and dangerous stuff hand-fed to us in movies and on the boob tube. It's scary stuff and we best be careful, lest we become a society of passive watchers. So, let's change things up a bit, let's take some control of our lives and create our own movie. Seriously what could happen?

Ask yourself this question right now? If my life were a movie...would I want to watch it? Most reading this are probably thinking to themselves...HECK NO!!

So what are you going to do about it?

Last I checked, the outcomes of what could happen were ultimately only good, and I have 2 pretty resonable reasons why.

1.) Let's see,.... if you live dangerously now, you could end up with an amazing future, and you could have a good time creating it by being adventurous and going after "that promotion, or striking up a conversation with "that girl", or making up your mind to start pursuing entrepreneurial activities so you can own "that business", and ultimately have "that life" you've always wanted.

2.) You gotta be kidding me...if you lived to your fullest now, and began being mindful of doing courageous acts throughout the day, challenging your status quo to make decsions that were not safe but rather life affirming.. YOU would have one hell of an existence. You'd make Socrates envious and you'd might even be able to make Jim Morrison proud.

"A man really becomes a man when he accepts total responsibility - he is responsible for whatsoever he is. This is the first courage, the greatest courage."

"This I call maturity of mind: when somebody comes to the point of looking at life without any questions, and simply dives into it with courage and fearlessness." Osho

Osho says it best... when he invites us to consider how living Dangerously is ultimately about trust, and having trust in yourself is ultimately about intelligence. If you have intelligence, you are ready to go into the unknown because you are confident, that even if the whole now disappears and you are left in the "mysterious" unknown, you will ultimately be able to adapt and settle there. You will be able to make your home there in the unknown. Be sure to trust your intelligence. Remember, when we are not living dangeroulsly it is because doubt is on the guard. And doubt is the opposite of our internal intelligence which knows, " Whatsoever happens, I will be able to take the challenge, to respond adequately." Do not be mediocre for it is the mediocre mind that has no trust in itself. And be sure to never forget that knowledge, or better yet, just relying on knowledge is mediocre.

This lens is not advocating any acts of violence or acts that can lead to harm, personal injury or worse. The living dangerously quotes and overall "dangerousness" that is expressed within this lens is primarily in association with pushing ourselves to do things that are in alignment with our heart and be our true selves, and not allowing the the "outside" criticisms and fears control our decisions to be ourselves or reach for our dreams.

If you don't want to leave a message here please visit me either at: