Robert writes eclectic and informative articles about a variety of historical subjects including unusual events and people.

Queen Victoria - the End of An Era

This article is about London, England as it was in 1901: a great city so familiar and yet so different than our own. A city poised between the end of the Victorian Era and the beginning of the glittering Edwardian Era.

Queen Victoria (born 24 May 1819 – 22 January 1901) was the last British monarch that mattered. During her long reign which lasted 63 years and seven months, from June 20, 1837 to her death, the British Empire underwent a period of unprecedented expansion and prosperity. The Empire underwent a second industrial revolution, as industries were modernized; science and innovation led to new conveniences - subway stations, ironclad steam powered warships, gas lighting, the telephone, and major advances in the sciences and manufacturing methods. Most of all, the British people under Queen Victoria gained a sense of self confidence - they saw themselves not merely as a colonial power, but as bringing civilization to the dark corners of the world.

Queen Victoria had such an influence on the culture and politics of her day, that her entire reign is referred to as the Victorian Era. Today, there is a tendency to look back at the Victorian Era with a certain contempt, as a hypocritically prudish age in which the Bible and Shakespeare were bowdlerized of any offensive words, and families covered the legs of pianos out of modesty (because no bare legs should be shown, even wooden ones) yet in which prostitution was rampant. But to dismiss the Victorian Era as a repressed age is to ignore the pride, zeal, optimism, of great motivation to improve the future that most subjects of the British Empire felt. It was an age of many social problems, but it was also one of the greatest ages of mankind, when for a moment it seemed that rational progress might in fact lead to a better future for humanity.

The world that Queen Victoria left behind at her death was a far different place than when she had begun her reign. On her death, her son Edward took over, leading to the Edwardian Age - an age that promised to be equally glittery, but less repressed, but whose promise was snuffed out by the horrors of World War 1, only 13 years later.

The photo gallery below shows what life was like in London, in 1901 -- a city that was then the heart of a great global empire, the jewel in the Crown being British India, the center of finance and trade, the center of culture and power. The British Empire was arguably a greater empire than that of Rome, a truly world-spanning dominion. As we look back towards a past not too remote from us, we can reflect on how far we have come but also how transitory power is - In 1901, London was the capital of an empire so large that the sun never set on it. A few decades later, war and economic dislocation had stripped London of its empire and most of its power.

London at the End of the Victorian Era

The gallery below gives a glimpse of what it was like to live in London - a city of great imperial traditions, poised on the edge of a new world and an uncertain future. The Victorian Era had come to an end, and the Edwardian Age was beginning.

In 1901, London was still the center of empire, the focal point of trade routes that reached through the Suez Canal to British India, to Japan, to Australia, and to America. It was a land of wealth and of squalid slums - soothy polluted air, coal belching chimneys and street urchins trying to sell what they could to survive. It was also a homogeneous society, unaffected by massive immigration. Most people shared a common heritage and religion. Despite great inequities strides were being made towards better working conditions and equality for women, some of whom had even started moving (in very small numbers) into the professions such as medicine.

Traffic on the streets was chaotic, with horse drawn carriages and pedestrians crisscrossing seemingly at random. Men generally wore suits and women were conservative dresses with long skirts, a lingering remnant of the Victorian Era.

A Film of Life in London's East End

Then as now Pall Mall was a major thoroughfare in 1901 London. The name of the street is derived from "pall mall" a mallet and ball game that used to be played there in the 1700s. At the time of the photograph the area was renowned for a number of exclusive private clubs such as the Athenaeum, Travellers Club, Army and Navy Club, Reform Club whose membership was restricted to gentlemen.

Here is a picture of a Flower Boy, one of the many thousands of children that earned a hard living by selling in London - young boys from poor families, or orphans might sell newspapers, or flowers trying to earn enough to get by. Their lives were very different from those of the gentlemen that frequented the exclusive clubs on Pall Mall. Their worlds that they lived in were so different that they might as well have been living in different cities. 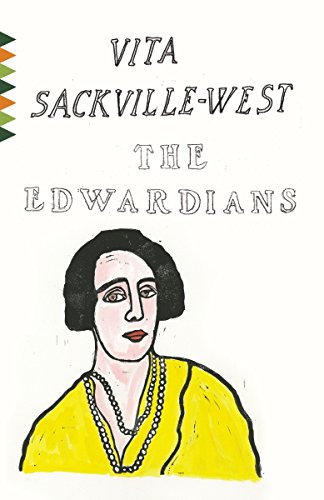 A Farewell to London

The London in these pictures no longer of exists - many of the buildings shown have survived wars and the loss of empire, and the streets are still there, but the living fabric of people, of jobs and errands, of rushing to catch the metro or to cross the street before a horse drawn bus, the frantic buying and selling in the market stalls, and the hardscrabble life of the street vendors - these things have gone forever. All that is left of a world which is vaguely similar to our own but also infinitely more distant than the 110 years that separate us are these old photographs. I hope that you have enjoyed this trip back in time to a bygone London.