Made Up Languages Invented For Literature and Film

Would you ever learn a made up langauge?

J.R.R. Tolkien's works are influential in so many ways it would take hundreds of articles to cover them all. One of the most vital influences it has had upon our entertainment culture is in the importance of creating languages to go along with the fantastical stories we read and watch on the silver screen. From the Na'vi language in James Cameron's 2009 film, Avatar, to the Gelfling language in The Dark Crystal, we are constantly provided with made up languages to help us further immerse ourselves in stories of peoples in worlds that are created to be as real as possible, while at the same time completely distinguishable from our own.

Of these many made up languages for literature and film, I have provided a brief overview of only three major ones that most of you sci-fi/fantasy nerds out there are probably already oh too familiar with. Perhaps you, like myself when it comes to Tolkien's Sindarin language, attempted to learn the language as a way of immersing yourself further into the story. Even better, maybe you can speak any one of them fluently. For those who are unfamiliar, here is a basic understanding of these languages and their origins.

Sample of Sindarin Read by Tolkien

Tolkien was interested in language early on in his life and began creating his own languages in his early teens. His first language, Gnomish, set the stage for the very beginnings of Sindarin as it was spoken by the Noldoli elves in the Book of Lost Tales. The second stage toward his infamous trilogy's infamous elvish language was Noldorin, which evolved when the Noldor elves went into exile in Beliariand.

Finally, in 1944, he began developing Sindarin, which was a process that he struggled with, as he tried to make the language sound natural and give it life while he began to put together a universe it fit into.Even today, fans of his work continue to piece together the language with the use of Tolkien's unpublished linguistic papers.

Klingons are the villains in the Star Trek universe who later become allies to the United Federation of Planets and the Romulans to defeat the Dominion. Since their first appearance on the 1960s television show, Klingongs have undergone many changes, including their appearance, honor code and, most importantly, the development of a full language by Mark Okrand.

According to the Guinness World Records, it is the most spoken of all fictional languages ever created. It is surprising, then, to note that the majority of the vocabulary is centered on Star Trek concepts such as battle so that it is actually not very practical for everyday use. There are Bible translations, Shakespeare, and even dictionaries, a book of sayings, and a cultural guide have been published. You can even select Klingon as your language of choice on Google. 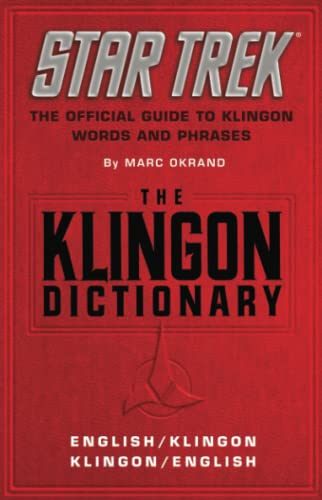 Explanation of Esperanto and How Easy it is to Learn

Spoken in about 115 different countries and by thousands of people, by active/fluent as well as native speakers, Esperanto is a fascinating language that was made up but not for entertainment. Esperanto was created by L.L. Zamenhof to bridge gaps between countries who do not speak the same language. It is easy to learn, politically neutral, and transcends nationality. Zamenhof published his first book detailing the language called, Unua Libro, in 1887.

Some evidence shows that learning Esperanto may help one to learn other languages much more efficiently. This is why, in some primary schools it is taught in preparation for learning other tongues. There is also a World Congress of Esperanto, which was established in France in 1905. Other than the years during the world wars, it has met every year since its creation with 60 countries represented and thousands of participants.

Even though it wasn't created for entertainment, Esperanto has been used in movies that have a futuristic setting. Examples include Gattaca (1997) and Blade: Trinity (2004).