Sofs is an Indian citizen and loves writing about various aspects of her country's culture, beauty and heritage.

Mahabalipuram - The Cultural Heritage of India

South India boasts of many beautiful examples of architectural finesse in the form of various temples and monuments which has taken hundreds of years to build . About 60 km away from Chennai, the capital of the state of Tamilnadu, is Mahabalipuram, a UNESCO world heritage site. This is a must visit for anyone who visits south India. This historical town built by the Pallava Kings, is an example of the patronage art and sculpture it has received from its rulers. International trade flourished through this seventh century port of Mahabalipuram. This find mentions in ancient literarture, that ships laden with riches to the point of breaking, entered these ports. Roman and Chinese coins from the fourth century AD have been discovered here. Mahabalipuram has been known by various names Mamallapuram, Mamallapattana after the GreatPpallava king Narasimha Varman. Narashima Varman was a great wrestler and was awarded the title ‘The great wrestler’ or ‘Maha Malla’ from where this little town takes its name. This poetry in stone is an amalgamation of different styles of architecture. You can see the Buddhist influences in Dravidian architecture. The beautiful Casuarina trees, the well manicured lawns, and the silvery sands, lend the place an air of elegance, peace and ethereal beauty. For those who appreciate beauty whether in stone or nature, this a heaven of sorts. The ride from Chennai to Mahabalipuram is beautiful. You will find long stretches of the road lined with gulmohar trees on either side, poetry in red, orange if you travel in the months of April through July. In the other months these beautiful umbrella shaped trees with their fine feathery leaves spell elegance in emerald green. Colorful bougainvilleas also greet you along the way once you leave the city limits. 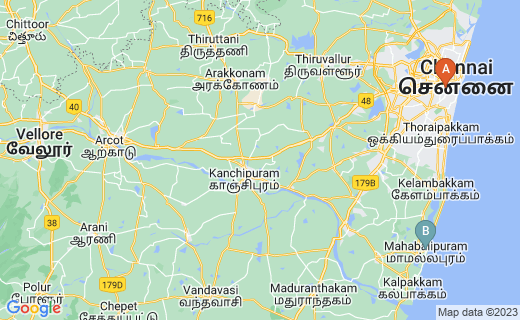 To those of you who have no clue about the weather, it is HOT and humid anytime of the year. Leave the city early in the morning to avoid the traffic and the heat of the day. You must be prepared with adequate amounts of water, liquids and sunscreens as you take the steep climb up the rocks, or walk on the beaches, or just walk around the monuments. This open air museum, as it is known, needs to be seen from a respectable distance to be admired. Breathtaking is the only word that comes to my mind as I see, touch and photograph each of these wonders.

The day we chose to go to Mahabalipuram was beautiful. As we drove out of the city it began to rain heavily. I sent up a small prayer for a good weather and was rewarded with almost perfect weather for most of the time we spent there. We stopped by at the restaurant on the premises for breakfast. Oh yes, you could get really hungry in this heat, so get yourself a good south Indian breakfast. Idlis, Dosas with sambar and chutneys are hot favourites for people who visit here. We polished off ours with some Jangary, a south Indian speciality, a sweet made with a light, fluffy dal paste in ghee and sinfully soaked in sugar syrup. This trip was for us a celebration of sorts since it was my husband’s birthday. The food is good here, it is not so spicy, and the view is great. To my amazement we were asked to pay a fee of only Rs.10 to enter these monuments. I expected to pay more at each place and was in for a great surprise, this ticket was all we needed for our visit.

The five rathas or the pancha rathas, are five monuments in different styles. The word ratha means chariots. These monolithic wonders cannot be described in words. If these rocks had voices they would sing rhapsodies of love. I cannot help but wax eloquent about these sculptures. Their beauty cannot be contained in a simple article. You need to feel the nuances of art and let them hold their sway over you. I hope these pictures do tell the story. The artisans deep love for their art has given each sculpture its uniqueness and life. You cannot visit Mahabalipuram and come back unaffected by all the beauty and the mastery of these great craftsmen.

The great art historian Percy Brown, believed that the artisans of the Ajanta and Ellora caves may have been brought as prisoners of war from the battle over the Chalukyas in AD 642 and employed to build the city of the Pallavas. The Pallava Mandapam with its pillars and carvings are reminiscent of the carvings at the Ajanta and Ellora caves. The intricate details and elegance that has gone into these works needs to be seen to be believed. Some scholars believe that this was some kind of art school for sculptors to practice.

The shore temple is considered to be the only remains of the seven pagodas. There are many myths surrounding these Pagodas and the town of Mahabalipuram itself. The legend has it that the God Indra was jealous of the city and sank it under the sea during a great rain storm. There is no historical or architectural evidence to prove these claims. Another myth is that of king Hiranyakasipu and his son Prahlada, according to the myth the king was not to keen on worshiping the second of the Hindu god head Vishnu, while Prahlada was devoted to him, so son was banished from the kingdom, but the father later relented and brought Prahlada back. Father and son are said to have had heated debates, Prahlada also devoutly arguing about the omnipresence of Vishnu. The story says that the enraged father kicked a pillar only to have Vishnu walk out of it and slay him.

Some of structures here are incomplete. The shore temple itself at this point in time is undergoing some restoration and renovation work by the Archeological society of India. The general public still has to learn to respect and appreciate these great works of art. It was heartbreaking to watch children climb up on these carvings and monuments which are already eroding with time. I ardently hope that the government would do more to protect and treasure these wonders of the world. At least to me they are.

The cave temple, the butter ball of Krishna the God of romance, the old and the new light houses are beautiful in their own right, and you could spend a whole day walking among these carved, rocky odes to God and man. The beaches are beautiful, but do not venture on them during the day unless you are willing to be scalded, sunscreens or not. We were not brave enough and decided to drive back quickly to the cool comfort of our air conditioned rooms at the hotel