Although Malcolm X and Martin Luther King Jr. had different initial views on integration and segregation, they ultimately strived for the same goal. That goal was peace, and the ability to live a free life. In the 1960s, I believe that people were both excited and reluctant for change. I believe that Martin Luther King Jr's words may have had a more attractive appeal to the American people because he promoted freedom more, along with non violence. The aspect of non violence was important because after all the years’ blacks and whites had undergone so much horrible violence, a new approach to the situation seemed to be just what the country needed.

When Malcolm X first started out preaching, he did not want blacks and whites to be integrated. He grew up listening to the words of his father, who was a follower of Marcus Garvey (one of the earliest and most influential black-nationalist thinkers, and founder of the "Back to Africa" movement) He also embraced the Muslim religion and teachings of Elijah Muhammed while he was in prison. The Nation of Islam appealed to young Malcolm, because it embraced the richness of black history and culture, while completely rejecting white society and values. In the Autobiography of Malcolm X, he is known to have said "You have been cut off by the devil white man from all true knowledge of your own land. You have been a victim of evil, of the devil white man ever since he murdered and raped and stole you from your native land." 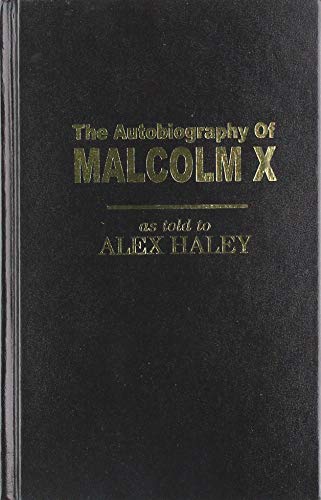 In the eyes of Malcolm X, and other Black Nationalist thinkers, the idea of integration seemed like giving in to the white man, and giving up your history. It seemed like it was a way for the white man to feel better about themselves, and a way to try to sweep the dark history under the rug, so to speak. Malcolm X also stated he believed in the "brotherhood of all men", but that he did not believe in wasting brotherhood on anyone who does not want to practice brotherhood with him. "Brotherhood is a two way street."

Martin Luther King Jr. wanted integration and peace between races. Martin, on the other hand, followed the teachings of Mahatma Gandhi. King studied Gandhi's nonviolent tactics and discovered how, through sacrifice and love of one's enemies, one man and his followers could not only transform a society externally, but also change its heart. In August of 1963, King and his helpers decided it was time to put pressure on the Kennedy administration and staged a march on Washington, in which over 250,000 people attended. This was the famous rally where King delivered his moving "I Have a Dream" speech. This march convinced President Kennedy and his successor, Lyndon Johnson, that they had enough support in the country to push hard for a new set of laws ending segregation in the South. Later in his life, Martin Luther King Jr. received a Nobel Peace Prize award for bringing about these historic changes, such as ended the Jim Crow laws, which will be addressed later.

By 1914 a majority of American states had passed laws that created two separate societies; one black, and one white. A majority of these states enforced "Jim Crow" laws, which were laws created to give white supremacy a legal basis to retain control over the black population. "Jim Crow" laws determined which school your child attended, the use of drinking fountains and toilet facilities, whose hair a barber could and could not cut and where family members were laid to rest. In short, things that should not be determined by laws against race. One of the most noted Supreme Court segregation decisions was the case Plessy vs. Ferguson in 1896. This case supported the constitutionality of a law in Louisiana that required "separate but equal" facilities for whites and blacks in many states for whites and blacks in railroad cars. It was World War I though that began the demise of the ruling "separate but equal". The need for military equipment and the demand of labor to produce it created an enormous migration of blacks from the South to the North. Although blacks were able to slowly improve their position in the industrial facilities in the North, there were new patterns of inequality they had to face. Blacks were paid less than their counterpart white workers, and the better jobs were more often awarded to whites. Needless to say, racial discrimination was anything but over.

There were many other instances in which rationality and discrimination came face to face. One important Supreme Court decision outlawed school segregation in Brown v. Board of Education. This also did not stop the Little Rock 5 from going through horrible trials just to get into a new school. Black men such as the Reverend George Lee and Lamar Smith were murdered for trying to organize black voter registration. Other horrible events such as what happened to Emmett Till who was murdered for speaking to a white woman, could have been avoided if only people had been less ignorant. April 4th, 1968 was a horribly sad day in history. Dr. Martin Luther King Jr. was assassinated. While King may have died, his words of hope live on. This is evident in schools and great thinkers alike today.

Although Malcolm X is often left out of school books, he was a movement of his own. For the 1960s, I believe that although Malcolm had the right idea about keeping his history intact, he also had a justified reason to be angry. The difference was that for the 1960s, Martin Luther King Jr. seemed to have the breath of fresh air the country had needed. He did not speak more words of violence, for he understood the world had had enough of that. Instead, he preached in a way that eloquently got his words of equality across while still keeping to his statement of being nonviolent. Both men will be remembered for trying to change the minds of people in their time, and hopefully as time goes on, there will be less ignorance, and more learning from past mistakes.