The Matelse Mushroom (Cynomorium coccineum): An Epic History of the Rise and Fall of the Treasure of Drugs

It Looks Like a Fungus But It Is Not a Fungus

On top of a rock on the coast of the island of Gozo, in Malta, grows one of the rarest Mediterranean plants. It is locally know as Maltese mushroom or Maletese fungus, although in reality it is not a fungus but a real plant. It looks strange. It is not green, but it is still a plant. Scientists named it Cynomorium coccineum. The Latin term cynomorium comes from dodder in Greek "kynomorion", and the latin word coccineum is due to its vivid scarlet colour. The Maltese mushroom spends most of its life underground as a holoparasite of other plants. It is thus called a geophyte. A holoparasite is a plant that is completely parasitic on its host plants and has virtually no chlorophyll, thus being unable to photosynthesise and to live on its own. The Maltese mushroom can parasitize several plant species depending on the soil where it grows mostly. It can infect more than one individual host plant, and even different species and at the same time, but its wider relationships are still unclear. The Maltese mushroom infects plant species mainly from Cistaceae, Amaranthaceae and Tamaricaceae families. All its host plants have in common a high salt-tolerance, and for that they are called halophytes. The Maltese mushroom grows in dry, rocky or sandy soils, often in salt marshes or other saline habitats close to the sea coast. When not blooming, the Maltese mushroom is simply a rhizome, an underground stem, attached to the roots of its host plant through especial cup-like appendages called haustoria. It is a root parasite and has no root system or leaves. After the winter rains, it blooms in late spring. A dark-red or purplish slow-growing inflorescence emerges from the soil on a fleshy, unbranched stem (most of which is underground) with scale-like, membranous leaves that in reality do not function as such. Its inflorescence grows to 15–30 cm long (6–12 in) with many minute scarlet flowers, which may be male, female or hermaphrodite in some cases. The flowers are so tightly packed and arranged that resemble rough skin or coarse fur. It has a strong but sweet, slightly cabbage-like odour which attracts flies, its main pollinators. Once pollinated the flowers dry out and the whole spike turns black. The fruit is a small, indehiscent nut, i.e. it does not open in order to release its contents. The Maltese mushroom is found from Lanzarote, in the Canary Islands, and the West African coast to North African Coast by the Mediterranean sea; from southern Spain and Portugal to southern Italian coast and the islands of Sardinia, Sicily, Gozo, Malta and the Eastern Mediterranean. Its range extends further south to the Arabian Peninsula and to the East to Central Asia, Mongolia and western China. In China, where it is know as "suo yan", with its brownish inflorescence, it is a parasite of plant species of the family Nitrariaceae. Some authors claim that the eastern China specimens should be considered as a different species Cynomorium songaricum. The debate still goes on.

The Maltese mushroom was already known to both Arabs and Chinese people from the early Middle Ages period. Not only it has been known and collected as survival food in times of famine but it was also known for a wide range of medicinal properties and thus used to treat a variety of symptoms and disorders. Today it is barely known in Europe. However, its fame and wide use was quite different back in the European Middle Ages as it was famous among Arabs and Europeans physicians as "the treasure of drugs" due to its vast range of traditional therapeutic uses that went from blood disorders, to stop haemorrhages, by using as styptic dressing, and to digestive ailments and reproductive problems, including impotence and infertility. The red pigment in the plant was also extracted and used as an effective fabric dye of a rich crimson colour, known as blood-red. The fame and the high medicinal value of the Maltese mushroom spread throughout Medieval Europe, where it became known as fungus melitensis—Maltese mushroom or Malta fungus. These names still remain today. The golden era of the Maltese mushroom was the 16th century when the Hospitallers, or Knights Hospitaller of St. John of Jerusalem, had the sole control of trade and production of the Maltese mushroon that was growing abundantly on a tiny islet of the west coast of Gozo, the smaller of the two main Maltese islands. Its value was so great that thieves and trespassers were severely punished and could even face the death penalty. However, the control of Malta by the Knights Hospitaller ended in 1798, when they surrendered to Napoleon and lost their last territorial base in the Mediterranean and in the world for that matter. Their military role had then come to an end, though they survived as the Knights of Malta, an international non-governmental medical-service organization recognized by the United Nations as of today.

As the order lost its military mission and importance so did the Maltese mushroom fade from therapeutic use in Europe. The advances of western medicine further dictated the fate of this once highly prized plant. But things could be changing once again in favour of the Maltese mushroom as pharmaceutical companies and medical researchers are turning back again to traditional remedies derived from plants. Some studies have been made recently on the chemical and biological properties of several substances found in the Maltese mushroom. They have showed that the Maltese mushroom can be considered a valuable source of phytochemicals, of which many have indeed antioxidant properties [1] thus confirming its wide medical use in medieval times. This may turn the history of the Maltese mushroom once again. The Maltese mushroom is still known in Malta, mainly has a symbol of the country historical heritage and for that reason and to its scarce distribution on the islands it has been declared an endangered species throughout the Malta archipelago and is thereby protected by law. 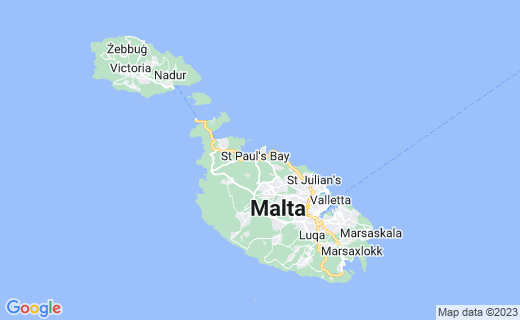 What about looking at: