Funny But Dangerous - Twain and Martin

The anti-imperialist writings of Mark Twain are not usually presented in K-12, those classroom teachers and administration opting for only his Huckleberry Finn and Tom Sawyer creations, along with a few humorous essays. In college classes and independent research, however, the student can become aware that the humorous man belies a strong core of opinion and substance. Researchers at all levels can find reference to and copies of Twain essays on anti-imperialism in local university and college archives and libraries, and within certain Internet sites - but not likely in the town public- or high school libraries. I have also found them at Half Price Books stores. Once being found, however, they must be discussed in an open forum or they will continue to have the appearance of having been erased from history. They are still there, but few are looking for them.

One must be pretty smart in order to be so funny...so stupid...so talentless . That has proved true in many cases. Jack Benny with his squeaky TV violin was a talented classical violinist. Jackie Vernon, the horrid trumpet mangler, and the drunk Crazy Guggenheim (singer Frank Fontaine) on the Jackie Gleason Show were virtuosos of instrument and voice. Comedians Jerry Lewis and Steve Martin are almost frightening in their dramatic talents --

It was Steve Martin that said before and during the presentation of the Mark Twain Award to him in 2005 that he would not accept it on the sole basis of his comedy repertoire.

We know that Mark Twain was a humorist, but we know that he also wrote seriously and was strongly anti-imperialist well from 1898 - forward.

Steve Martin is not only a comedian, but a talented musician, writer, and thinker as well. He mentioned several times since 2005 that he received only two awards to date - one in 1969 (for writing on the political Smothers Brothers Show ) and one in 2005. Perhaps intelligent humorists are sometimes too dangerous to the status quo and attempts are made to diminish them.

Dwight D. Eisenhower's final speech as President of the United States was a warning to the public against the Military Industrial Complex.

From 1961 - 2011, his warnings have not seemed to be largely heeded, although increasing numbers of people are bringing them out for a look via YouTube. Mark Twain gave similar warnings after the Spanish American War.

Further, historian Caleb Carr offers these views in his series of books containing The Alienist and Dark Angel in the late 1800s - including Teddy Roosevelt and the events leading to what looks like a false flag entry into the Spanish American War.

It appears to some historians that the US Government was looking for any excuse to enter that war. See the video to the right, below.

A summary, information available from naval history and on DemocraticUnderground.com and others:

Ships at sea would fly the colors (flags) of other nations in order to produce attacks against those countries - a sort of twist on the game Let's You and Him Fight in the "Games People Play" rubrick (eric Berne, 1964). Flying another nation's flag at sea is flying a false flag. The false flag operation is a covert one that misleads the public into the belief that the operation is being conducted by another country(ies). It is also called an inside job . and has been applied by conspiracy theorists to the 9/11 World Trade Center disaster and others.

Quoted Abstract:
Founded in 1898, the Anti-Imperialist League mobilized opposition to the Philippine-American War, still one of the most controversial wars in U.S. history. Until his death in 1910, Mark Twain was a vice president of the League and the most prominent literary opponent of the war. “We have got into a mess, a quagmire,” he said in 1900. In this collection of essays, Jim Zwick, editor of the first collection of Mark Twain’s writings on the war, explores the history of the Anti-Imperialist League, Twain’s anti-imperialist writings, and their continuing influence and relevance today. Reference: http://www.buybooksontheweb.com/Product.aspx?ISBN=0-7414-4410-0.

Mark Twain on American Imperialism. Atlantic, 1992, Vol. 269, No. 4, p 49. Cover story. Abstract: Author Mark Twain was a vice-president of the Anti-Imperialist League and a critic of the policies that led to the Spanish-American War. Twain also opposed the Philippine-American War that began in 1899. 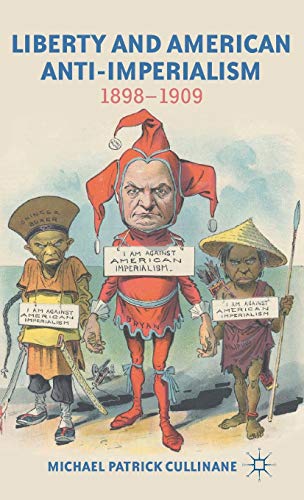 Unfortunately, Jim Zwick died in 2008. This may offer a possibility of his work and Twain's anti-imperialist works to once again be pushed to the background of history. However, the Mark Twain Journal and a number of Dissertations concerning Twain and Anti-Imperialism are published every year.