As was almost always the case in the 19th century, death played a big role in Mary’s life.

When Mary was only six years old, her mother contracted a common bacterial infection after the birth of one of her siblings. Unlike today, when infections are easily prevented and treated, it took her mother’s life.

Mary’s experience with motherhood was just as tragic. She and Abraham had four sons, but only one survived them both.

Their second born, Eddie, died just before he turned two years old. His official cause of death was “consumption”, but there’s speculation that he had actually fallen victim to thyroid cancer, which he was genetically predisposed to.

Later, while living in the white house, the son who was born ten months after Eddie’s death, Willie and his younger brother, Tad, grew very ill with typhoid fever. Tad got better, but Willie eventually succumbed to the ailment. He was only eleven, and was very much like his father in personality and demeanor. His death hit both of his parents extremely hard. It’s rumored that the president had made trips to his son’s coffin multiple times before he was burried just to get another look at the little boy’s face.

Although their youngest son, Tad, survived the horrible ordeal of losing his older brother to illness and father to assassination, he didn’t live past his teenage years. At 18, he died of an unknown illness which affected his breathing and heart.

Mary also lost three of her half brothers in the Civil War, two of which she couldn’t publicly mourn, because they fought under the Confederate flag. 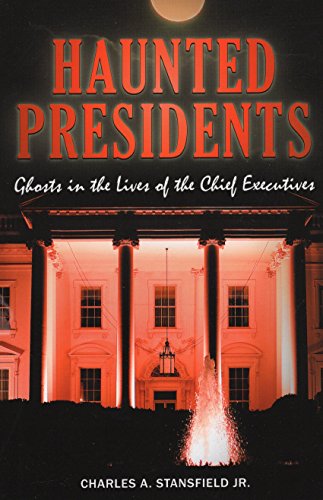 Ghosts In the White House

After they moved into the White House, Mary had commented on seeing the ghosts of former presidents, including Thomas Jefferson, Andrew Jackson and John Tyler.

However, the spirits which tormented her the most were that of her greatly mourned son, Willie, his older brother, Eddie and her half brother, Alex. They would often appear at the foot of her bed, and when she awakened, they stood there, watching her.

It wasn’t only ghosts which haunted her, but also her husband’s visions. Shortly after he had been elected for his first term, President Lincoln had taken a look at himself in the mirror of his bedroom, and saw two images of himself there: one healthy, the other deathly pale.

He told Mary about it, and she was convinced that it was a precognitive vision. She said that he was to be elected for a second term, but assassinated while still in office. Although he was able to see the image every time he tried, she never was able.

As a way to deal with her grief, the stress put upon her by society’s hyper-critical view of her and the unsettling vision her beloved husband had, she turned to spiritualism to cope.

After Willie’s death, Mary made frequent visits to local mediums and, on at least one occasion, held a séance in the Red Room of the White House.

The medium who carried it out was Nettie Colburn Maynard, who had later written a book about her experiences, Curious Revelations from the Life of a Trance Medium. One of the impressive claims made was that the grand piano in that room rose up as she played and a bench did the same while the president was sitting on it.

That may not have been the only séance held in the White House. Over the course of my research, the number of seances allegedly held were between one and eight.

Unfortunately, not all mediums were genuine. Mary had attended one séance carried out by a man who called himself Lord Colchester. He used spirit rapping to communicate with the dead, and during one of his séances, Noah Brooks attended in an attempt to figure out how he did it.

The medium had laid a drum, a bell and a banjo on the table for the spirit to use. All parties joined hands, and the lights were put out. Shortly, the sound of instruments came from the darkness.

Instead of waiting for the séance to continue, Brooks stood and groped for whatever was causing the noise. His hand closed on an arm, and shortly afterwards, the drum impacted with his head. Despite the shock and pain, he held on until the lights were turned on.

Once the lamps were lit, the assembled found Colchester with his arm being held by a bloodied Brooks. Later, Brooks protected Mary from the phony medium’s attempt to blackmail her.

Regardless of the fraud, she continued to frequent various Spiritualist mediums over the course of her life.

Her husband’s death struck a powerful blow to her, as well. She went deeply into mourning for seventeen years. During this time, she and her son, Tad, went on a tour of Europe. Unfortunately, Tad grew ill, and they had to return to the States. Sadly, he died, striking another devastating blow to an already fragile Mary.

She still consulted mediums under an assumed name to test out their accuracy, and kept in contact with dear friends in the Spiritualist church.

At one point, she had a spirit photo taken by William Mumbler, who was well regarded at the time, but now considered a hoaxter. She didn’t give him her real name, but when the photo was developed, the ghostly image of her husband with his hands on her shoulders.

It’s worth noting that although the President didn’t believe in mediumship, he still read up on Spiritualism, accepted gifts in good will and occasionally went with Mary to séances.

When her son, Tad, died, she fell even deeper into the depression that had plagued her for so many years. She had experienced relatively extreme mood swings, explosions of temper and great anxiety since before her days as First Lady.

Her surviving son, Robert, worried for her greatly. As such, he arranged for her to be tried as insane in a Chicago court in 1875. Over the course of the trial, they used her Spiritualist beliefs and ghostly encounters as evidence against her.

She was ruled insane and committed to Bellevue Place in Chicago. Although this was a hospital for the wealthy, she was still deeply hurt by her only surviving son’s actions. She had arranged for her release in under four months and was later ruled as sane in another Chicago court.

Naturally, she was extremely angry at Robert, but was finally able to forgive him a year before her death.

The paranormal and the

Lincolns are still closely linked to this day. The couple had suffered terrible hardship throughout their lives, and it’s said that their ghosts linger on this plane today.

President Lincoln has been sighted multiple times in the White House, his tomb and wandering the streets of a town he used to live in. Mary has also been seen since her death in 1882. It’s said that her ghost wanders the old Lincoln home.