Medieval Illumination and the Masters of the Dark Eyes Missal

The Midnight Muse is an artist and avid enthusiast of history and spends her time illuminating manuscripts according to historic methods.

Background and History of the Manuscript

The Masters of the Dark Eyes is a Latin missal, entitled on the first page as the “Missale Cum Calendario Latine,” that contains texts that were designed to be used for Catholic Mass throughout the liturgical year. The manuscript was written in the late 15th century in Utrecht, Netherlands which was a European religious center located in Holland. It contains a total 236 leaves written on vellum and is accompanied with 27 miniature paintings by a Flemish, or French, artist. This richly illuminated manuscript has an abundance of beautiful historiated capital letters and is characterized by an artistic style that features human figures with dark shadowy eyes. There are also vividly painted jewels, flowers, and insects that surround the miniatures and adorn page borders in a style that appears to have been derived from the styles of the Ghent-Bruges School of illumination.

Who Commissioned the Creation of the Manuscript?

The family who commissioned the book is unknown; however, there are few clues regarding their identity on folio 122r of the manuscript which contains what appears to be commemorative family portraits. On that page there is a painted miniature that shows a pair of kneeling males and female figures that are accompanied by heraldic displays. Based on the heraldry, it appears that the man is associated with the Saint Férréol family of Dauphiné in Southeastern France, and his wife was related to the Cambronne family of Ponthieu in Northern France.

The manuscript consists of a medium weight parchment that is used for the majority of the pages and a heavier parchment that is used for illuminated pages such as those that contain painted miniatures. The full dimensions of the book are 6.85 in. x 8.9 in. (17.4 cm. x 22.6 cm.). There are a total of 236 leaves and each of the leaves within the manuscript measures 9 in. x 6.75 in. (16.8 cm. x 17.15 cm.). The leaves are folded in half to create pages that each provide a surface area for writing that is 4.8 in. x 6.6 in. (12.3 cm. x 16.8 cm.). The writing area for each page is divided into two columns and is ruled with 33 lines using red ink. There are a couple of exceptions to the number of ruling lines contained on each page. In folios 110v through 114v, which include the Preface of the Mass, the number of lines is decreased to 27; and within folios 116r through 121v, which are designated for the Canon of the Mass, there are only 19 lines per page.

The binding for the manuscript is not original and is believed to have been rebound around 1840 by a man identified as C. Meyer. This gentleman was a German bookseller and binder who moved to London and provided his services to the British royal family including Queen Charlotte and the princesses. Charles Meyer, known also as Johan Charles Frederick Meyer, was recognized for his detailed craftsmanship and expertise as a binder. The manuscript for the Masters of the Dark eyes Missal is bound within a beautiful blue morocco. The book cover is stated to be made of deep blue morocco made of dyed goatskin and decorated with finely tooled and gilded edges. The outer spine of the book is emblazoned with the words, “Missale Romanum MS.” 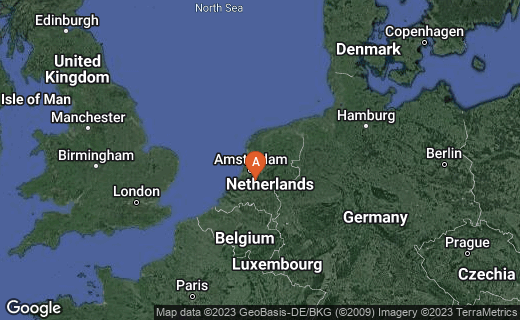 The manuscript was created during the late 15th century or early 16th century in the Netherlands. The manuscript was not rediscovered until the 19th century and it is at this time that the book appears to have undergone repairs and was rebound. The following is a timeline that provides information about the ownership of the manuscript as it has been recorded. In some cases, an exact year of acquisition is unknown and must be substituted for the a date range of the most probably years that corresponds to the recorded events.

Other Manuscripts By This Artist

The identity of the artist who created the Masters of the Dark Eyes Missal is unknown. The name of the manuscript is attributed solely to the academic labeling of the group of artists, known as the Masters of the Dark Eyes, that were credited with painting the stylized shadowy eyes that are attributed to this book and others within the same time period. The artist who created this particular manuscript has been identified by scholars based on a variety of factors, such as technique and the materials used, and there were a couple of other late 15th century manuscripts of the same geographic region that were attributed as being the work of the same artist. The following is a list of some of these related manuscripts: