Butterflies and moths of Tenerife in the Canary Islands

I try not to use scientific jargon and long words here but "I'm a lepidopterist," a man called Mike whom I met at Flicks Bar told me. Great, I told him, so am I, but he already knew that because he had been avidly reading my column.

Lepidopterists study butterflies and moths and there are some very interesting ones to be found on Tenerife in the Canary Islands. One of the moths that live here has actually been in the publicity posters for a blockbuster movie but I found the caterpillar crawling in a flowerbed in Candelaria.

I recognised it right away as the larva of the Death Head Hawk moth, which is very big and green with spots on its sides and a pointed horn at its tale end. It likes to eat potato leaves and other plants in the tomato and nightshade family but on Tenerife it has lots of other food plants to choose from including the Tulip Tree, the Lantana and West Indian Honeysuckle.

The adult moth gets its name because of the skull marking on its thorax and its striped body that could look a bit like the bones of a skeleton. To add to its scary image it also can squeak and there are many superstitions about the insect.

The moth is believed to be a harbinger of death and a bad omen. It's not surprising then that it got picked to star alongside Sir Anthony Hopkins and Jodie Foster in Silence of the Lambs horror movie.

The Death Head Hawk moth is a rare migrant to the UK but is fairly common here and besides living wild they are bred at the Mariposario del Drago, a butterfly house in Icod, which is well worth a visit.

One of the butterflies you can expect to find there is the Monarch but you can also see this gorgeous creature as it flits around on sunny days here. In America this amazing insect migrates all the way from Canada and the north down to Mexico, Florida and Central America where it over winters, but here it's content to stay put and enjoy the sunshine, a bit like me.

The Monarch is also known as the Milkweed from the food plant of the caterpillar. The plant is poisonous and the larva incorporates this into its own defence system. Because the caterpillar and the adult butterfly are both toxic to would-be predators they wear warning colours with the mature insect clothed in red and black and the larva striped in black, cream and yellow.

The American Viceroy takes things a step further by imitating the colour scheme of the Monarch so its enemies will think it's poisonous too.

Another common butterfly in Tenerife is the African Grass Blue, which is also aptly nicknamed the Flowerbed Blue. You will see these charming little winged wonders in the centres of towns and the most unlikely places.

I know a place in Los Cristianos where there's a lawn at the side of a pathway by a shopping mall and whoever is responsible for mowing it deserves a pat on the back for leaving a patch of white clover to carry on blooming. Although the area where the flowers are is only about 6 ft across there's a mini colony of African Grass Blues there and I have counted a dozen happily courting, feeding and flitting about.

The names of moths often reveal a lot about them too. You may well have been plagued by green caterpillars that will happily devour just about any garden flower you have, and the chances are the pests would have been the larvae of the Silver Y.

This is another migrant and is commonly seen in the UK, but why is it called the Silver Y? Because on the moth's brownish wings there's a silvery shape like the letter Y, that's why!

Footnote: First published in the Western Sun in 2005 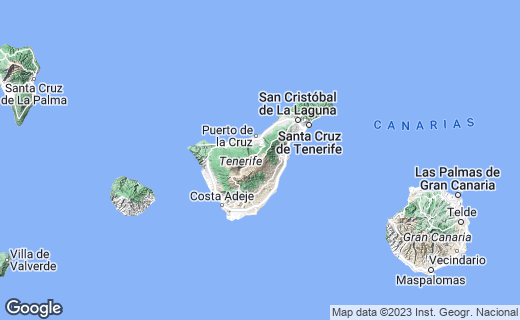