Who were the Minoans?

Minoan was regarded as a literate society that was advanced in comparison to other archaic societies. This had been reflected through specific writings that were carved on to clay tablets such as the Linear B tablets.

The Minoan society had been divided into a sociological structure between the rich and poor class. Upper-class Minoans would have had freestanding houses, aside from the palace. Men and women within the ancient civilisation maintained a near equivalence in social status without discrimination. Archaeological and historical studies of Minoan civilisation suggested that it was literate, advanced and a predominantly peaceful society.

The economic structure of Minoan Civilisation

Through archaeological discovery, it is evident that majority of the civilisation executed in agricultural pursuits. A small percentage of craftsmen would have been required to provide luxury goods. Traces of copper had been excavated from the site, a metal that was not native to Crete. This suggested that the Minoans imported their metals from other countries such as Cyprus.

The political structure of Minoan Civilisation

The Minoan society had begun civilisation without any forms of political structure up until 2000 B.C.E. Archaeological interpretations such as discovered palaces and luxury items suggested within this period an aristocracy was developed. The Minoans lived on an agricultural system which mainly relied on grapes and olives. Despite the fact the Minoans dominated the oceans, they were regarded as a peaceful society that maintained trade systems with Egypt and the Middle East. 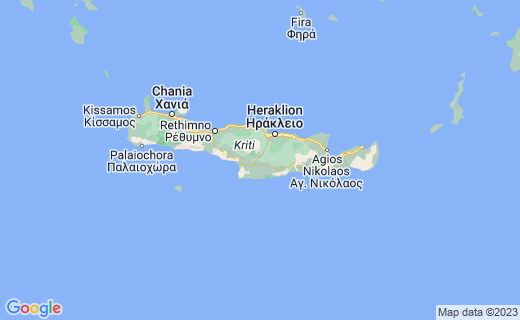 The geophysical features of Crete had given rise to the Minoan Civilisation. This is since the island was surrounded by water and isolated from other civilisations. Water numerous types of vegetation were able to grow while the isolation of provided by the surrounding water reduced the chance of invasion by other civilisations such as Egypt. This allowed the Minoan Society to create an individual society with its own presidential legal structure and values. This allowed advancement in technology and the ability to rely on food produced by the land.

The Minoans held a matriarchal kind of religion that revolved around the worship of goddesses. Numerous activities and artistic creation revolved around religion within Minoan Crete. The Minoans had sustained a mutual respect to the natural environment and periodically held rituals within sacred caves, mountain sanctuaries, the palaces and villas. The arts of music, dance and prayer was utilised within religious festivities along with animal and bloodless sacrifices in praise of goddesses.

Archaeological evidence suggested that the Minoans worshipped goddesses such as:

These goddesses were portrayed by birds, serpents, poppies, birds and with animals on their heads. However, most information about Minoan religion was deduced by archaeological evidence since the Minoan script remains undecipherable.

The temple of Knossos was dictated by a group of priestesses who also administered political affairs of their island empire. Their high priestess would be known as the ‘labyrinthos potnia’, (Lady of the Labyrinth.). Religious Minoan symbolism in artworks maintained a strong connection to the Stone Age civilisations in Greece and Anatolia (Turkey), such as how the Catal Höyuk and their religion originated in South Eastern Europe and Anatolia.

Sir Arthur Evans in "Minotaur: Sir Arthur Evans and the Archaeology of the Minoan Myth" (p.312-13) suggested that the Minoans would hold festivals that featured acrobatic Minoans grabbing the horns of bulls before attempting to vault over the creature. This theory was a controversial debate amongst scholars. These theories originated from archaeological evidence, such as the motif 'The Bull-Leaping' shown through frescoes and inscriptions in seal stones found in Knossos.Other theories argued that Evan's theory was unrealistic and 'The Bull-Leaping' most likely depicted young Minoans attempting to ride bulls.

Fresco of worshipping the Great Goddess

Due to the fact they interacted with middle eastern civilisations, the Minoans evidently utilised the art of metalworking. Jewellery had been exported around the Mediterranean whilst decorating the palace of inhabitants. Archaeologists had uncovered copper through excavation, which was a metal that did not appear naturally in Crete. It was likely the Minoans imported copper from Cyprus.

Different variants of the early Greek alphabet suited to local dialects. There were three major dialects in ancient Greece: Aeolic, Doric and Ionic. Minoan culture features a resemblance to Egyptian hieroglyphs in the context of written scripts as exhibited through archaeological sources. This includes the Phaistos Disk which dates back to 1700 BC.

Overview of government in ancient Greece

Who were the Athenians?

The Athenians were the name given to citizens who lived within the city-state of Athens. Athens was named after Athena, the goddess of wisdom. Athens was a powerful city-state with its own government, laws, army and navy.

The main form of entertainment within Ancient Greek societies was theatre which began as festivals honouring gods such as Dionysus with a festival referred to as, "City Dionysia".

Athens was regarded as the main attraction for theatrical traditions while Athenians had spread festivals to allies to advocate a conformable identity. Theatrical genres consisted of tragedy, drama and satyrs, however, men were the only ones allowed to perform in plays.

Archaic Greek Societies had been distinctly divided between free citizens and slaves. Free citizens were those who had claimed to authority and rights. Slaves were owned by them to be used as labourers.

Servants were the backbone of Archaic Greek societies and were typically prisoners of war and/or bought from slave traders. In contrast to other ancient societies, not all slaves were treated poorly. In essence, slaves could have been well educated, lived comfortable lives and could have administrative positions, according to Homer's 'The Odyssey.'

I would rather follow the plow as thrall to another man, one with no land allotted to him and not much to live on than be King over all the perished dead (Odyssey 2.489-491.)

"I would rather follow the plow as thrall to another man, one with no land allotted to him and not much to live on than be King over all the perished dead"

Symposium scene from the 'Tomb of the Diver' at Paestum, Italy

Some sources state that society it was difficult to distinguish the difference between a free citizen and a slave since they all had worn the same clothes. However, ancient Greek societies had been divided into tribes with differing values, traditions and interpretations of the world of how things should have been done.

A vase painting of a woman at a sacrifice

In Ancient Athenian Civilisation, men are considered as superior while females were assigned the role of housewife. Mothers dictated a different set of expectations without involvement in public life or politics. Women would take their power in accordance with their husband’s position. Females also had a separate entrance to the street in order to avoid crossing paths of male guests.

Despite men being permitted to take concubines, adulterous females cast dishonour upon themselves and their families. Females who had reached the age of thirteen were ready for marriage. Normally, women would live the domestic life of a housewife with one available public duty, being a priestess at a temple.

Clothes customarily consisted of two main garments of either a peplos or chiton and a cloak (himation.). Athenian women were expected to act and dress modestly in the presence of men.

The children within Ancient Greece usually occupied their time by playing games and with toys outside where they could play in the warm climate. If a baby was unwanted they were left to die, which was a common fate for female offspring.

Theseus & the Palace of Poseidon

Every man was brought up with military training. This was since there wasn't an army. Males held legal rights and authority with Ancient Greece.When not training or discussing politics, the theatre would pose as their form of entertainment that often feature politics or gods.

Men were in charge of their Oikos (households) however, sons could have legally challenged the competence of their fathers. The andron was a room in their household reserved for entertaining males guests.

Customarily men would have worn chitons similar to the one worn by women, but knee-length or shorter. Men were permitted to take a concubine. Males were advised to have intercourse with their wives once every three months with the impression that their wombs would deteriorate and fall out.

To be classed as a hero didn’t necessarily depend on good deeds, it depended on achievements that tested the limitations of man. For instance, if one were to murder an army unarmed that would have been classified as greatness, therefore it would have been a heroic act since the individual had won.

However, heroism was not attributed to those who helped lower classes. One reason for this was that the act of helping a member of the lower class was not deemed as extraordinary. Another was due to the fact that the individual would have been ostracised for associating with the lower class. This was due to the fact that only wealth, power and victories distinguished others from the norm and established them as a hero. The Greeks were driven by the need to conform to social expectations, such as having a strong physical form, which would have defined what class you fit in with the ancient society.

Which society would you have liked to live in?