The Deadliest Medical Crisis In Modern Medical History Is Due To Gold Mining In Africa....

In what has amounted to a 21st century gold rush, hundreds of children have died in the Northern area of Nigeria due to their parents desperately trying to provide for their families. In an area stricken with extreme poverty, the gold that has been found here has enabled people to purchase things they have never been able to own before. They have been able to put brand new tin roofs on their homes and have bought new clothing and motorcycles for transportation due to the gold being found in Nigeria.

But all of this new found prosperity has come with a horrendous price tag, a price that no one should ever have to pay for the things necessary for survival. In the process of finding and extracting gold, the ore is pounded by the adults. This creates a dust that blows everywhere, and it usually ends up landing on the ground where the children play and where poultry are grazing. This dust is loaded with lead. Unfortunately, people in Nigeria, and especially small children are being poisoned by the lead and are dying in huge numbers.

The promise of new found prosperity has kept many of the residents searching for the ore and pounding it to extract any pieces of the gold. The dust is then washed to sift out the gold particles, thereby contaminating wells in the washing process. An estimated 3,000 people have been treated for high levels of lead in their blood, and the number may be even higher than that.

More buyers traveling to Africa to buy gold are paying top dollar for the gold they buy there. This is keeping the people in Northern Nigeria working feverishly to extract whatever gold they can find. In the process, the children who are dying in record numbers are the unintended consequences of this new lifestyle.

Doctors Without Borders Is Trying To Help ~

Medical personnel are there from Doctors Without Borders (also known as Medecins Sans Frontieres). They say they cannot remember seeing a medical crisis of this proportion at any other time in modern history. Lead poisoning causes brain damage, miscarriages and death among small children whose bodies are more affected by lead than anyone's. In all the area in Northern Nigeria, 29 villages have been tested for lead levels and have been deemed to be at unsafe lead levels.

The United Nations Children's Fund (also known as UNICEF) has been active in working to clean up the area, and efforts were made to ban the mining, but any bans are very difficult to enforce. In fact, many of the children being treated for lead poisoning have come back again after they have already been treated previously. They are treated, sent home and then their parents go back to the small scale mining they were doing before. In the process, they are re-poisoning the children.

These are very poor people, living in the worst poverty conditions imaginable and mostly trying to survive, just to be hit by this horrific poisoning when they attempt to get themselves out of poverty. The people in Northern Nigeria see others from nearby villages who have become recently prosperous. Those people are now able to buy things and put decent metal roofs on their homes, all due to the money received from gold. This is when they think that they should do the same. The consequences of small scale gold mining have been stunningly detrimental in terms of the health of the people, especially the children.

It has been estimated that a family could earn as much as $100 a day by grinding and processing about five bags of the ore. This is more money than many of them have ever seen before. It is estimated that about 10 million people world wide have found employment in small scale gold mining operations. And for most of these people, this is the best chance they have ever had to escape the overwhelming poverty that most of them live under.

The ore is ground, then run under water to remove the light particles. Then when the villagers treat the gold dust themselves to further extract the gold, they use mercury in the process. This mercury has also been causing health problems in those exposed to it, including such health issues as damage to the central nervous system.

As long as there continues to be demand for the gold and as long as more than 85% of the people in rural areas of Northern Nigeria attempt to survive on less than $1 a day, mining will continue to be seen as a way out of poverty. And this continues to happen even though the cost is extremely high in terms of medical damage and loss of life. The child mortality rate in children under the age of five has always been high in this region, due to other diseases such as malaria, measles and meningitis. Mining has magnified and increased the infant and small child mortality rate even more.

The drug used to treat lead poisoning is being provided free of cost by medical groups there. It is a drug known as Succimer. Normally, a dose of the drug for 19 days costs over $300, but it is being provided for free. Succimer binds to the excess lead in the body and causes lead to be released from the child's body through urine. However, there are some children in parts of Nigeria that are on their fifth and sixth course of the drug. And most of these children suffer permanent brain damage due to the effects of lead poisoning.

It is expected to take years to clean up the mess that has been created by small gold mining operations that have now contaminated the countryside with high levels of lead dust. One of the worst unintended consequences of the crisis is found in the bricks that are being used to build homes for people... they are now contaminated with lead, and as these bricks age and flake, more generations of children and residents will be poisoned in the future.

With the high price of gold remaining stable, small scale gold mining is expected to continue and it is thought that the lead poisoning problem will continue to affect future generations. Girls that are now still very young will grow up and will most likely have lead in their bodies when they do one day become pregnant. This excess lead may lead to miscarriages.

Groups like Doctors Without Borders are doing wonderful things there, but it continues to be such an overwhelming problem that even they are seeing the futility of their efforts. It is hard to imagine when living in parts of the world that are prosperous, the desperation that drives people to put their lives and the lives of their children at risk, because of money. The crisis caused by this modern day gold rush in Nigeria is very real, and it will be difficult if not impossible to ever solve the problem.

Learn More About Doctors Without Borders and UNICEF

An Incredibly Difficult Problem To Solve

How Will This Problem Be Solved? 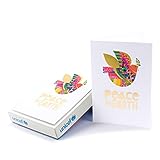