The name Moon Express may sound like a fast food outlet or a delivery service, but it belongs to the first company coming out of the Google X-Prize competition with NASA contracts to land on the moon (Luna) and mine for minerals, especially Helium-3. The company will be the first to bring back new energy from outer space.

back to the moon before traveling to Mars in his He-3 Novels. He will see it happen in his lifetime, in 2017.

Moon Express will launch from Cape Canaveral with its XPrize-winning lander beginning in 2017 to set up equipment via robotics and begin mining for the platinum-group metals of the periodic table, the rare earth metals, helium-3 for fuel, and moon rocks.

Google Lunar X-Prize contestant groups were to design, build, and launch lunar landing crafts by 2015. Two companies were ready by early 2013 and two companies received federal contracts for moon landings and work. One company is the Israeli SpaceIl and the other is the Silicon Valley commercial company Moon Express at NASA's Ames Research Center. 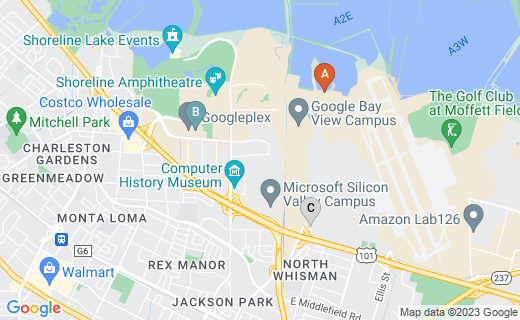 First Industry on the Moon

The International Space Station and American Space Shuttle Program developed certain products that became popular among consumers on the ground, according to the NASA Spinoff accounts. These include a medical scanner much like those first seen on Star Trek®. This all would fit into the medical and manufacturing industries.

The foregoing developments are worthy of note, but the first large scale industry in space is mining. The first machines of industry will be mining machines in the tradition of the large government contractor that also made bicycles, Jeffrey Manufacturing Company and Jeffrey-Dresser Industries.

The global mining equipment industry is expected to reach $117 Billion annual revenues on Earth in 2018. Revenues from lunar mining beginning in 2017 will begin to add billions more.

First Mining Company on the Moon is Supported by XPrize

Note: Israel's SpaceIL will launch a lunar lander to the moon via a SpaceX Falcon 9 rocket for educational purposes sometime in 2017.

No commercial company has ever asked to go outside of Earth orbit and go elsewhere before. We're a pathfinder out of necessity.

Planetary Resources and Deep Space Industries have been in competition in the private sector to reach asteroids in near-Earth orbit and the Asteroid Belt beyond Mars, and to begin mining operations.Both companies contracted with the government of Luxembourg to create centers for asteroid mining business there.

Through the support an encouragement of the Google X-Prize program., Moon express will reach the moon before either of the other companies reach their planned destinations.

Other emerging companies that have a chance to actually mine a celestial body other than Earth include Made In Space, located in California. It received a $100,000 contract to prove its equipment capabilities to NASA. Their work will be done via robots on near-Earth orbit asteroids, redirecting them nearer to our planet and mining ores to send shorter distances home to process.

The Quest for Energy in He-3

Mining the moon is close art hand in the late 2010s. The moon has been bombarded with large quantities of Helium-3 by the solar wind. Earth's atmosphere pushes it away, but that of the moon profitably does not do so.

Mining The Moon Profitably and Safely

Previously, we found very small amounts of He-3 on Earth, not enough to use effectively. The unique atomic structure ot

fit and its non-radioactive nature allow its use as fuel for nuclear fusion. This fusion is the reaction found in the sun, which emits massive energy. He-3 use will produce enormous amounts of electricity without radioactive byproducts.

A cooperative effort in learning how to mine the moon for helium-3 will create the technological infrastructure for our inevitable journeys to Mars and beyond...I believe that if government efforts lag, private enterprise should take the lead in settling space.

During America's Apollo 17, Harrison H. Schmitt, PhD became the first and only trained geologist to explore the moon. He landed in the Taurus-Littrow Valley and explored it with astronaut Gene Cernan. Today, Schmitt is the head of the Interlune-Intermars Initiative.