A Botany graduate, Nithya Venkat enjoys researching and writing about topics that interest her.

The Race Track Playa in Death Valley, California in the United States of America is a place of strange and amazing geological occurrences. Rocks move slowly over the vast lands leaving trails behind. This place has been under scrutiny since 1940. Researchers have recorded the slow movements of rocks and examined their trails.

Racetrack Playa is 3608 feet above sea level. It is 4.5 Km long north to south, 2 Km wide east to west. The surface area is about 7 Km sq. The Racetrack Playa is an endorheic basin with Cottonwood Mountains on the east and Nelson Range to the west.

The climate in Racetrack Playa is arid with no vegetation. A few inches (3 - 4) of rain falls in a year. When there is heavy rainfall water from the mountains surrounding the Playa gushes down onto the flatland forming a temporary lake. This water escapes into the cracks and crevices on the flatland forming a shallow endorheic lake for a short time.

During summer time the water evaporates leaving behind cracks and crevices that almost look like hexagons and some of the water find it’s way deep down into the earth.

An endorheic basin allows no outflow of water into the sea or rivers. The water that falls in this area is trapped in cracks and crevices. This water evaporates or seeps deep down into the earth. The endorheic basin is also called as an internal drainage system.

The Racetrack is dry around the year. During the dry season, you can see hexagonal shapes of dry cracks on the surface.

Racetrack Playa is a place where a geological phenomenon occurs from time to time. The rocks in Racetrack Playa move slowly across the flatland leaving behind track marks. These rocks weigh more than 100 pounds.

Smooth rocks leave flat, smooth trails, whereas the rocks with rough edges leave behind striated tracks. The rocks move only once in two to three years. These rocks move in pairs or by themselves. Some trials lead to huge rocks, and some just disappear without a trace.

The tracks are about ten to hundred feet long and 3-12 inches wide. These rocks are either dolomite rocks from the mountains or igneous rocks.

No one has noticed the movement of these rocks as yet. There are a few explanations as to why exactly these rocks move without any human or animal intervention.

1. The moisture between the cracks and crevices make the mud smooth and slippery. This makes it easier for the rocks to move when there are high-speed winds.

2. During the rainy season, the water that seeps into the cracks and crevices are chilled to form long stretches of ice sheets. This combined with the force of the wind helps the rocks to move across slowly.

One of the reasons that Racetrack Playa is researched and studied by NASA with great interest is because it resembles the drying up lakes on Saturn’s moon Titan.

The search is still on to find out what exactly is happening to solve the mystery of the moving rocks in Racetrack Playa. 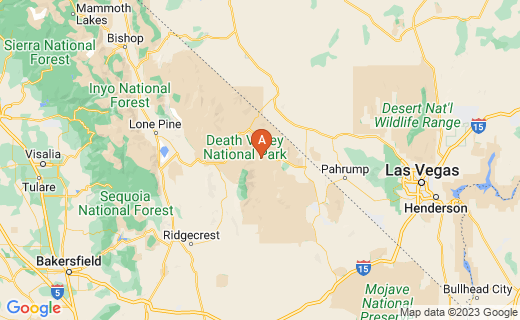