Wendy is a Psychologist graduated in Scotland. She also studied Communication Sciences in Peru. Currently a Spanish teacher in France.

I am Raising Multilingual Children

My interest in bilingualism goes back to 2001 when my first child was born. At the time we were living in Spain with my Scottish husband, so learning English and Spanish at the same time became a natural thing for our baby. By the time our second child was born, we decided to move away from Spain to settle in France. This is when I became interested and passionate about multilingualism. Today, almost ten years later I can say that my children are multilingual. It is an ongoing process where sometimes we struggle as a family, but I have partially achieved my goal, to raise multilingual children.

My Own Experience Learning Languages

I was born and raised in Peru where I learned Spanish as my first language. However, for no special reason, my grandmother used to teach me English from a very young age. I still remember her pointing at my bedroom's wallpaper saying "butterfly", "girl", "flower" and so on to show me the name of all the items in my wallpaper. That was just the start. Later on, when I was about ten years old my mother sent me to English classes and I continued studying English until my early twenties when I moved to Scotland.

In the meantime, I also learned some Japanese, which I still remember, because we had lots of Japanese friends and spent lots of time with them. I also learned a few basic things in German, only because a cousin of mine (which I loved like a brother) had moved to Germany and I fancied visiting him one day.

It was only after I moved to Scotland that I understood the vital importance of learning English. Despite having learned English in Peru for several years, I realized that I couldn't understand anyone in Scotland. It was only after a few months of immersion, that my English finally came to live. Due to my background, learning English in Scotland was easy and fast and after four months in the country I was able to join a Scottish university to study psychology.

But my language adventure was long from being finished. After five years in Scotland and marriage to a Scotsman, we moved to Spain. I was surprised to find that I had forgotten some of my Spanish after five years of not using it, fortunately, it came back after a few weeks in Spain. And to continue my language adventures, five years later I started again from scratch; I moved to France without speaking a word of French.

Today 10 years after moving to France I am still struggling with French, trying not to forget my English while I pass on my Spanish to my children. On the other hand, my two children have taken French as their first language followed by Spanish and English.

❝Learn everything you can, anytime you can, from anyone you can; there will always come a time when you will be grateful you did.❞ 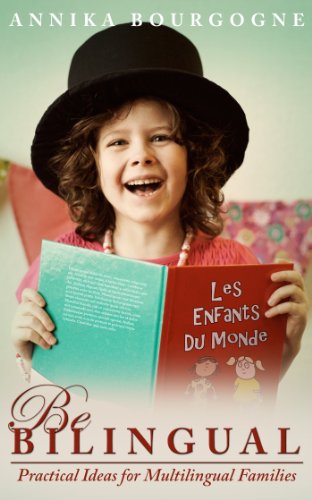 Two Children Born In Spain From A Peruvian Mother And A Scottish Father. Deciding On What Language To Speak

It was in Spain that our two children were born and as we spoke English and Spanish in the house it came naturally that our children should learn both languages which they seemed to assimilate without any major problem.

After five years in Spain -our oldest child was three and the youngest only nine months old- we decided to move away from Spain. Our first stop was Italy where my daughter and I found very easy to communicate with the Italians. However, at the end we decided to move to France. My husband knew some school French while the children and I had zero knowledge of French.

As soon as we arrived in France we sent our daughter to Nursery school, where it took her three months to learn French at almost the same level as the other children in her class.

Our son stayed at home until he was two years old speaking toddler's Spanish and English. At two, when he started Nursery school, just like with our first child, it only took him a couple of months to learn French at the same level as his classmates. During all this time, my husband and I continued to struggle to learn the basics of the French language while our children were becoming more and more fluent in French.

Bilingual Children: From Birth to Teens

Bilingual Children: From Birth to Teens (Multilingual Matters)
The author aims to allay doubts and fears concerning the raising of bilingual children by drawing on a wide range of research as well as case studies.
Buy Now

14 Years After Deciding on Multilingualism

Today my daughter is fourteen years old and she can fluently communicate in French, Spanish and English. She has also chosen –her own choice- to learn German and Latin at school which she finds very easy to deal with. Last year on her trip to Italy she even managed to communicate in Italian.

As for my son, he is less language-minded, but he still can speak French, Spanish and English. His French teacher jokes that my son is more French than French children because he has not only taken French as his main language, he has also assimilated all the French cultural nuances, those things that you don't learn at language schools but you learn only when you are immersed in a language. My boy can also communicate in Spanish and English, but he makes a point to speak English ONLY when he is in England and Spanish only if he is in Spain.

The Most Common Approaches To Raising Multilingual Children

The most common approaches to raising multilingual children are:

Which one did we use?

I am a firm believer that you should choose a method that suits your family and that you should be flexible enough to adapt your method as the family progress in the adventure of using multiple languages. For me, a method is not something strict but like a recipe is something that can change according to the ingredients that you have in your kitchen pantry to arrive at the same result, perhaps a cake or an ice-cream but with different flavours and decorations. Likewise, the differences that you apply to a chosen method will give, you as a result, multilingual children with different abilities for different languages.

The best method depends on your family situation, and what works for you. It is highly personal and individual. Without planning it, we ended up using and mixing both methods. While we lived in Spain we used mainly the One parent approach where my husband and his family spoke English to the children and me and my family spoke Spanish. When we moved to France, we continued to use this method but incorporating the community language.

The most important thing is not which system you choose but to agree to follow it over the years. Raising multilingual children is a long-term commitment.

How To Raise Bilingual Children With Dr. Alejandro Brice a Professor in the Department of Education specializing in multiculturalism and bilingualism

What Method Should I Use To Help My Children Become Bilingual

The One Parent One Language Approach

I used this method with my children as it came naturally to me to speak Spanish to them. Their Scottish father spoke only English and eventually the children learnt that there were to schemes to communicate.

The children didn't know about Spanish or English, but they knew that mommy and her family spoke differently to daddy and his family.

I remember my daughter from a very early age being aware of the use of two language systems in the family. She would ask strangers "speak mommy?" to ask people if they spoke Spanish like me or "speak daddy?" to ask if they spoke English.

The Community vs. Family Language

However, in time, the community language might become the dominant language. This is what happened to my children. After having learnt Spanish and English as their first languages, when we moved to France they were forced to quickly learn French to communicate at school with other children and adults. As a result, now they prefer to communicate in French -the community language- as it is the language that they use to communicate with everyone in France. If you ask them, they will even tell you that their main language is French.

Are you a Parent of:

How To Avoid Losing A Language

Below are some ideas that I have already applied to try to keep my children's Spanish and English alive: 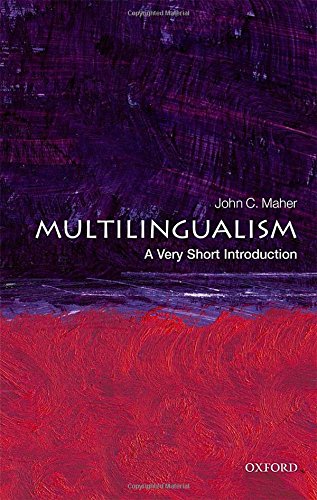 Are You Raising Multilingual Children? Share Your Language Tips Here