My Grandfather: The Father of British Nuclear Submarines

It's funny, isn't it, when you've known someone all your life and heard all the stories that the family likes to tell about them, but it's not until adulthood that you look back and realize what an impact this person had on the world.

To me, he was just Grandpa. And in fact, being from England, it got pronounced 'Grandpa-r" and that's how it stayed.

His name was actually George Standen and he died 3 years ago, at the age of 91. I didn't know him very well - he lived in the North of England and we had moved to Canada. They would visit us and we them, but I certainly couldn't say that I was close with my grandparents. I look back now, as an adult, and I wish that we had been closer.

Anyway, throughout my life, I've heard stories about my grandfather, but only now, since his death, am I starting to really pay attention.

Firstly, I'll explain the above picture. It was taken in May of 1977 at the launch of the through deck cruiser, HMS Invincible. The photograph was taken in front of the fabrication shop just above the slipways that were used to launch all the surface ships and submarines in those days.

The man shaking hands with the Queen of England is my grandfather, George Standen. He was in this rare position of officially meeting the Queen because of his work with nuclear submarines. He was also involved in building HMS Explorer, then the world’s fastest submarine. He also worked on surface ships and was the Project Manager for Britain's first nuclear submarine, the HMS Dreadnaught.

I understand that he also met the Queen in October of 1960 when she visited the shipyard for the launch of Dreadnaught.

Through all his hard work, he was dubbed "the father of British nuclear submarines". 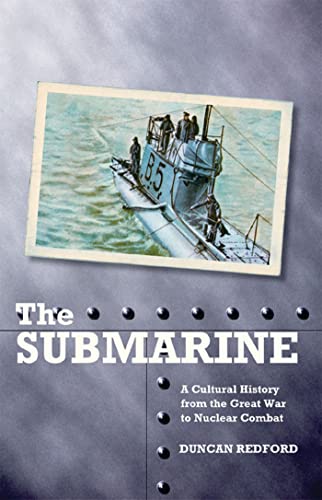 The Submarine: A Cultural History from the Great War to Nuclear Combat (International Library of War Studies)
Buy Now