"You cannot do without philosophy; for everything has its hidden meaning, which we must know." - Maxim Gorky

This will be, necessarily, a very personal answer to the question asked by Ryan Hupfer about the 10 philosophy books it is essential to read. We are all philosophers, although we might not call ourselves by that title. As Edward Craig wrote in the book Philosophy: A Very Short Introduction (OUP 2002): "In fact, philosophy is hard to avoid, even with conscious effort." His point is that any statement one can make about philosophy will come from some set of values or beliefs, which are of course, philosophical questions themselves.

So we're all philosophers to some extent, and all people have been since the dawn of consciousness, when the "naked ape" began to think about what he or she was doing, and how they were doing it and to what end they were doing it. These are the questions that indicate a higher consciousness than that of the other animals, and they are the beginning of philosophy, often expressed in stories for kids.

The question that this Hub needs to answer is to do with the most important philosophy books that one should read, and the answer would depend on why one would want to read philosophy books at all.

Links to other Hubs

If it is to start an exploration of the subject, which is a wide and deep one, then the best introduction, in my opinion, is the book that I quoted above by Edward Craig, which is in the excellent series of Oxford University Press books called "Very Short Introductions."

Craig in his introduction, after a general orientation to the subject in Chapter 1, discusses three important philosophical texts, Chapter 2 looks at Plato's Crito, Chapter 3 introduces Hume's Of Miracles and Chapter 4 an anonymous Buddhist's writing on the self in King Milinda's Chariot.

He then goes on to discuss some general themes of philosophy such as ethical consequentialism (you'll have to read the book to know what that means!), integrity, the contract theory of political authority, evidence and rationality, and the self.

In the next chapter Craig introduces the reader to the "isms" of philosophy, the jargon and concepts used in the discipline.

This chapter starts with Rene Descarte's famous Discourse on the Method of Rightly Using One's Reason (1637) in which the philosopher proposed a radical questioning ofeverything, a refusal to accept the "received wisdom" and raised the use of doubt to a philosophical tool. He also wrote the (in)famous dictum: cogito ergo sum - I think, therefore I am.

The next book introduced in this chapter is Hegel's Introduction to the Philosophy of History, which Craig characterises as "heavy-duty metaphysics" in contrast to the other writers he has discussed in the book. With regard to the difficulty of reading Hegel Craig says, "if you select a page at random and read it from top to bottom you will probably feel that you might just as well have read it from bottom to top."

After this comes the book which still causes so much controversy in the world today, the book which has divided people as perhaps no other ever has, Darwin's great treatise on The Origin of Species , published in 1859.Craig very succinctly deals with some of the moral objections to Darwin's hypothesis and shows how practical and in tune with the evidence it is.

The next philosopher dealt with is that curmudgeonly fellow Nietsche who, as Craig reminds us, "had no intention of offering his readers a comfortable experience, and his contemporaries defended themselves by just not reading him." The specific work Craig discusses is The Genealogy of Morals published in 1887, with its amazing first sentence: "how much we know nowadays, but how little we know about ourselves."

The final chapter looks at "What's in it for whom?" Here Craig discusses the benefits of philosophy for the individual, the state, the priesthood, the working classes, women, animals and professional philosophers.

One of the benefits of reading philosophy, Craig points out, is the sheer enjoyment of the writing: "Much philosophy is well-written, and it is strongly recommended to enjoy the writing as well as the views and the arguments." 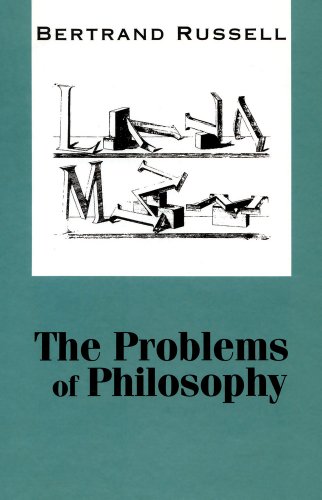 The Problems of Philosophy
Buy Now

Since writing this Hub I have discovered the wonderful British philosopher Anthony Clifford Grayling whose main focus is on ethics, arising from his interest in the Socratic question, "How shall we live?"

He has written a number of very technical books on aspects of philosophy, among them Wittgenstein (1988), Russell (1996), Truth Meaning and Realism (2007), Scepticism and the Possibility of Knowledge (2008).

He is perhaps best known for his regular column in the Guardian newspaper in which he attempts to "apply considerations of philosophy to concrete situation in life."

Grayling is an entertaining, deep and erudite writer, well worth reading. 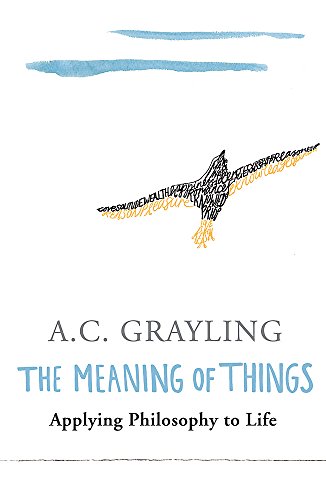 The Meaning of Things
Buy Now

This is my personal list of favourite philosophical works, in addition to the book described above, which is certainly a favourite of mine.

On the history of philosophy, at least that of the west, there is in my view no better overview than that by Bertrand Russell, A History of Western Philosophy, first published in 1946 and reprinted many, many times since then. The copy I have is a Counterpoint edition published in 1984. The book is a survey of western thought from the pre-Socratics in Greece to the early-to-mid-20th Century thinkers. Russell is not averse to letting his readers know his preferences and prejudices, and so, in spite of the nearly 800 pages, it is a lively read, full of judgements and criticisms.

Another way to approach the history of philosophy is to put it into a novel about some of the questions dealt with by the discipline, and this is the approach of Jostein Gaarder in his entertaining and enlivening Sophie's World , first published in Norwegian in 1991. In this book about a 14-year-old schoolgirl called Sophie, she gets mysterious notes posing questions like "Who are you?" and "Where does the world come from?" These questions set off a wonderful tale of discovery, also taking the reader from the pre-Socratics to the existentialists. A great read.

Since we're dealing with philosophical novels, the next one is the ever-popular Zen and the Art of Motorcycle Maintenance by Robert M. Pirsig, first published in 1974, and sub-titled "An Inquiry Into Values". This book achieved cult status in the 1970s and it still reads, in my view, well today. I re-read it a few years ago and found its ideas still challenging, though I would not agree with Pirsig on all his conclusions. But how can one not like a book which its own author describes as "in no way associated with that great body of factual information relating to orthodox Zen Buddhist practice. It's not very factual on motorcycles either." But it still manages to raise some core philosophical questions entertainingly.

Next up on my list, though it should not be confused with a novel, is On Becoming a Person by Carl Rogers. Why a book on psychotherapy in a list of philosophical works? Well, psychology, for one thing, used to be a branch of philosophy, and for another thing, it is hinted at in the question posed to Sophie in Sophie's World : "Who are you?" Psychology is the attempt to understand ourselves, to answer also that objection of Nietsche that we don't know too much about ourselves. It is a philosophical issue couched in psychotherapeutic terms, and brilliantly so, by Rogers.

Philosophy is largely about questions, rather than answers, and many of the philosophical books that are of any good are about the questions that philosophy, and indeed any thinking person, would ask. A.J. Ayer, the great colleague of Bertrand Russell, wrote The Central Questions of Philosophy (1973) to try to tease out what philosophy is all about. Ayer writes from the standpoint of logical analysis, a method that Russell describes as making "successive approximations to the truth," without denying the value of what has gone before.

Another approach to philosophical questioning is the wonderful book by Christopher Phillips called Six Questions of Socrates (2004) which is more about "doing" philosophy than just talking (or writing) about it. Each of the first six chapters of the book takes a Socratic question: what is virtue? What is moderation? what is justice? What is good? What is courage? What is piety? and recounts how people in Phillips's "Socrates Cafes" have struggled with the questions. The last chapter asks "is excellence still possible?", a question very much related to the question Pirsig asked in his book.

Still on the question of questions a relatively little-known but powerful book is that by E.F. Schumacher, who also wrote Small is Beautiful, A Guide for the Perplexed (1977). This book deals with the existence of "maps" which describe, often not very accurately, the world around us, or the philosophy which we adhere to, consciously or not. He describes also four levels of knowledge, starting from the same Phaedrus Socratic dialogue that motivated Pirsig. The book, like Pirsig's, is an appeal to us to turn around from the destructive ways of life that we seem to be following (see Paraglider's great Hub on this) to summon the courage to deal with the moral problem of how we live together. But he points out that moral problems are divergent and have to be understood and transcended. Another great and challenging read.

The next book on my list is somewhat different,. For a start it is written in Afrikaans, so is accessible only to those who can read that language, or perhaps Dutch. It was written by the professor who started me off on the great journey of philosophy, Professor J. J. Degenaar, of the University of Stellenbosch, in South Africa. The book is called Eksistensie en Gestalte (Existence and Form) (1962) and it deals with existentialism as Degenaar finds it within the poetry of great Afrikaans poet N.P. Van Wyk Louw. It is a beautiful book which combines a keen analysis of life with a deep appreciation of poetic beauty. A lovely little book of philosophical and artistic musings.

My final choice is by Dutch theologian Bernard Delfgaauw and is called The Young Marx (origianlly published in Dutch in 1962, English translation 1967). This book deals with the philosophical writings of the young Karl Marx, that is up to the publication of the Communist Manifesto of 1848. Delfgaauw's thesis is that Marx "in these early works, arrived at a penetrating analysis of the great human problems of his time..." A great introduction to an important, and I think much mis-understood humanist philosopher.

I hope that this answer to the question about great philosophical writing is entertaining enough to encourage many people to start to explore the wonderful and interesting field of philosophy, not so much to find answers as to raise questions in new and exciting ways so that the search for answers becomes the point, rather than the finding of answers, leading to, in Russell's words, "a lessening of fanaticism with an increasing capacity of sympathy and mutual understanding."