This page is part of a series on America's first manned space program, Project Mercury. Links to all the hubs in this series can be found at the NASA Project Mercury Overview. In keeping with Project Mercury's guidelines of using existing technology whenever possible, the Mercury space suit was developed from the Mark IV, an existing pressure suit developed by the BF Goodrich Company for US Navy pilots. Elbow, knee, and shoulder joint reinforcements were added to the nylon-rubber suit, and a layer of aluminum-coated material was added to the outside. The resulting suit weighed about 20 pounds. Each astronaut had three custom-fitted suits, one to wear in training, one for the flight, and one backup suit. 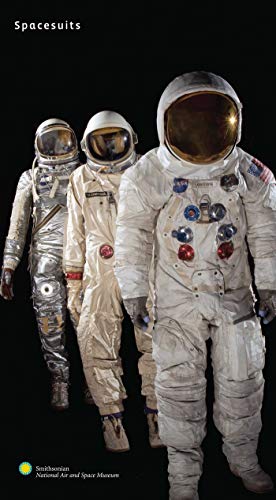 Oxygen was pumped into the suit through a hose that attached at the waist. This oxygen flowed through the suit, cooling it, and then flowed into the helmet for respiration. The suit also contained a series of bio-sensors to monitor the astronaut's temperature, respiration, heart rate, and other functions.

A plastic helmet protected the astronaut's head from buffeting. A hose was attached to a special vent on the right side of the helmet for the removal of exhaled carbon dioxide. A plexiglass visor could be raised or lowered. A small hose attached to the left side of the helmet used pressure to create a tight pneumatic seal when the visor was lowered. Because the spacecraft cabin was pressurized, the visor was usually worn open for most of the flight. During launch and reentry, however, the visor would be closed.

Movement was limited within the suit, especially when fully-pressurized, and this affected the design of the spacecraft's control panel. It was difficult for the astronaut to reach the center of the panel, so controls were arranged in a "U" shape around the left, right, and bottom of the panel.

This spacesuit performed well, and met the limited requirements of the Project Mercury flights. They would have to be improved, however, to meet the demands of the more ambitious Projects Gemini and Apollo.

In addition to the sources listed on the Project Mercury - Overview page, the following original source documents were used in creating this hub:

The Right Stuff
VIDEO ON DEMAND - watch now on your PC!
Buy Now