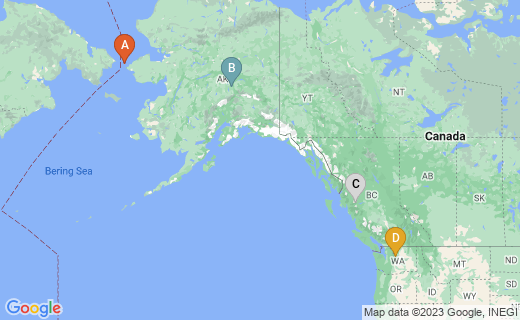 The Pacific Northwest is Full of Native Life

The earliest Native North Americans in what became the United States likely split from the First Nations groups that spread out across Canada from British Columbia and the Arctic, traveling across the continent to the Maritime Provinces.

Many of these groups migrated southward initially to what became the states of Washington, Oregon, and California. The tradition of carved cedar poles, masks, and other items went with them.

Of the three Pacific Coast states, California is home to the largest number of Native American tribes/nations and bands (hunting groups) along the US Pacific Coast.

The indigenous peoples of Washington and Oregon demonstrate more resemblance to the First Nations members that reside in the Canadian Pacific Northwest than to the nations living in California. The California groups have taken on a different type and flavor of culture and tradition.

Highlight on the Makah: "People of the Sea and Forest"

The beautiful Neah Bay of Washington has been the home of the Makah Tribe for thousands of years and their economy is based on the Gray Whale. 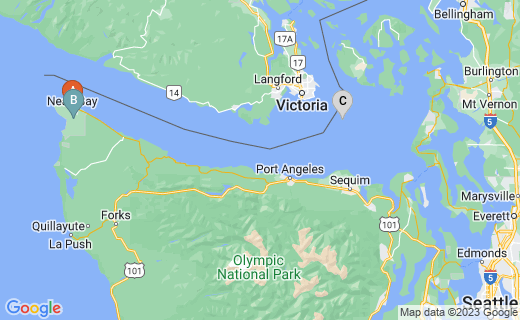 The sea divides Washington from Canada. The resilient Makah people have been a whale-based economy. They ate the meat and traded gray whale meat with other groups for needed items. They used the blubber for fuel oil, sinew for tools, gut for various containers, and the bones for art pieces. These people live along the coastline of the Northwest United States and Canada.

The Washington Coast Salish groups specifically resemble the First Nations Salish and other western indigenous groups in Canada more closely than they resemble other groups of US Pacific Northwest nations or bands.

They state in part on SalishSeaConference.com:

The Coast Salish people are the owners of the Salish Sea. Our ancestors have passed down the traditional teachings of songs, dances, and spiritual ceremonies that depict our identity and strengths of our peoples. Our sacred trust has been given to us from our ancestors and defines our role as protectors of our Mother Earth. We are entrusted with the protection and sustainability of environment and natural resources of our ancestral lands and waters of the Salish Sea.

The State of California is home to at least 107 different US Federally recognized Native American Nations and 95 Federal Indian Reservations.

The State of California is home to at least 107 different US Federally recognized Native American Nations and 95 Federal Indian Reservations.

The state is also home to least 40 additional indigenous groups that are seeking Federal Recognition in California as of 2020.

California is prominent in supporting its universities and colleges in studying the culture and histories of its Indigenous Peoples and encouraging preservation of languages and ways of life. Many related educational and community based programs are located in Southern California.

However, the Wintu Nation in Northern California is more directly linked to experiences and history of the California Gold Rush around Sacramento. Many of their customs are illustrated in installations at Turtle Bay Exploration Park in Redding, California. 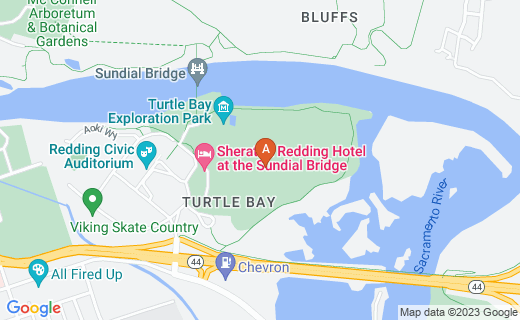 The City of Davis is the host city of an annual Pow Wow.