Although the regions of Canada that are most highly populated by Native North Americans called First Nations are the provinces of Ontario, British Columbia, and Quebec, other Canadian provinces and territories are home to additional nations, bands, communities, and other types of small groups of native peoples.

All of these groups of people are interesting, having fascinating cultural aspects to share with the rest of the world. Since the 2010 Winter Olympics on Vancouver, the Four Host First Nations spotlighted the first equal partnership between Indigenous Peoples and non-natives in the Olympic Games and other major events in Canada. Previously, tribes were used as cultural demonstration groups for arts and dances. Now, the tribes and nations of Canada have become more visible in the media and more regarded as business people.

Saskatchewan, Alberta, and Manitoba Provinces are the backdrop for numerous bands of Sioux, Cree and other nations among Native North Americans. 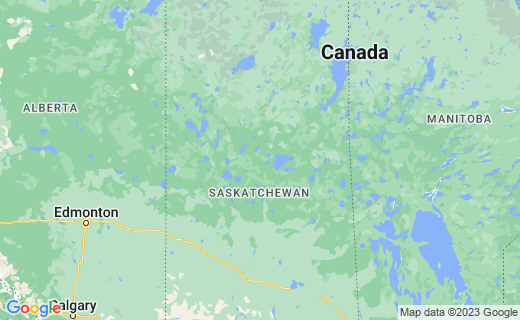 The youngest school children in the United States may be under the false impression that Native North Americans are confined to the lower 48 US States and the "Eskimo" - actually Inuit and related peoples - to Alaska or even the North Pole, but this all is an unfortunate misunderstanding. These same children are surprised to see "cowboys and Indians" in pictures of Alberta!

In the several times I have visited British Columbia, I have learned that many BC college students have also not been fully aware of native peoples living in Alberta next door, because Canada is such a large country. First Nations histories have not been of prime importance in university degree studies in the past.

Since the Four Host First Nations operated the Vancouver Winter Olympics and Paralympics in partnership with other nationalities, a greater emphasis has been placed on First Nations studies, formally and informally around the country of Canada. Even before 2010, some Canadian universities were offering special studies in native cultures and this has continued, increased, and highlighted preservation of native languages as well.

Saskatchewan, Alberta, and Manitoba Provinces are the backdrop for numerous bands of Sioux, Cree and other nations among Native North Americans.

Cree Moved Back and Forth Across the Canadian - US Border

This list of Native North American groupings represents over 200,000 individual persons that are registered with the Cree First Nation in Canada - largely in Alberta, but also extending into Saskatchewan and Manitoba provinces.

Additional resources are listed at the end of this group of Canadian Cree listings. They include pages related to the well known Cree folk singer/song writer, Buffy Stainte-Marie.

Blackfoot, Sioux and Other Nations

Assiniboin and Stoney groups are located in both Alberta and Saskatchewan.

The Blackfoot Confederacy includes the Blackfoot/Siksika in Alberta, the Blood/Kainah in Alberta and the Piegan, Piikani, and Pikuni in Alberta Province.

Note: Head-Smashed-In is a hillside bison-killing site or buffalo jump located in SW Alberta Province. The place is a tradition that has been used by the Blackfoot Confederacy nations for over 9,000 years, judging from the age of spearpoints found on site. The Minnesota State University at Mankota previously maintained an e-museum featuring this information, but ended that online program.

The Plains Ojibway are a subgroup of the Ojibway or Ojibwe Nation and include Plains Objibway, Plaines Chippewa, Bunji, and Saulteux peoples in Manitoba and Saskatchewan Provinces.

The Sarcee include Sarci and Tsuu T'ina peoples in Alberta.

The Sioux Nation is widespread in Canada and the USA. In Canada it comprises

More About First Nations In Western and Central Canada