Cree Nation is the largest group of First Nations people living in the province of Quebec. It is divided into smaller groups called "bands" that are found in Quebec, some western provinces, and Montana in the United States.

The Cree people make include 200,000 members as of 2018, with nearly 15,000 of these residing in Quebec, where the groups include at least nine different bands.

This First Nation is Algonquian, as are many other larger groups in Canada. 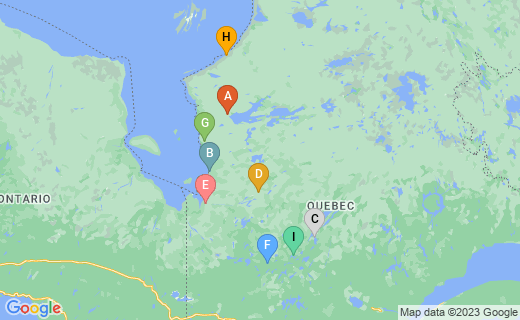 Also know as the people who are "Light on the Water."

The Cree also include these groups:

The Cree First Nation and Tradition

A lovely Cree First Nation tradition of old is the child's Walking-Out Ceremony. This ceremony is conducted in the spring and begins one morning at dawn as the child's family awakens.

The meaning of this ceremony is that the Cree child touches Mother Earth in first contact. He/she is walking outside and touching nature and the universe for the first time. The child is introduced to Mother Nature by meeting the sunrise and carrying all of the implements that symbolize the role he or she will play in a lifetime.

The First Snowshoe Walk is performed in winter to symbolize that the child is ready to travel with adults on his or her own and does not need to be a burden to carry. The child is usually age five or six for this ceremony. This would be done traditionally when the family moved to a winter lodge.

Parents or grandparents would prepare the first snowshoes for the child and ensure that when the day came for the move, everything was ready, including provisions.The parents now walk the child to the lodge as of old and everyone joins a feast there to honor the child's First Snowshoe Walk.

There is no frivolous killing among the Cree.

When a boy or girl is still very young, each will hunt with parents' help and secure a small bird or game animal (boys) or a fish (girls) that is accepted and cooked by the eldest grandmother in the family. The family gives thanks for this food and celebrates the child's achievement and food offering to the family.

These rites of passage help to make childhood memorable and sacred in the culture of the Cree.

Other First Nations in Quebec Province

Quebec Province is east of Ontario Province in Canada and borders the Maritime Provinces that include Newfoundland/Labrador, New Brunswick, Prince Edward Island, and Nova Scotia.

Over 50 separate bands of First Nations peoples live in Quebec, speaking a mix of French, their own indigenous languages, and English. The large number of Native North American groups in Quebec is similar in size to that of First Nations in Ontario, but likely has experienced a larger amount of French Influence.

In addition to First Nations, 11 groups of Inuits also live in the province, primarily in the far north in the sections called "Nunavik."

The Kahnawake Mohawk Territory is a Mohawk Reserve on the south shore of the St. Lawrence River in Quebec, across from Montreal.

These indigenous people were stumbled upon by French explorers as they built a Jesuit Mission in 1719. In the 20th century, fifty men from the Kahnawake Preserve volunteered to fight with the United States military during the Vietnam Conflict.

Map of the Bearskin Lake Mohawks of Kahnawake 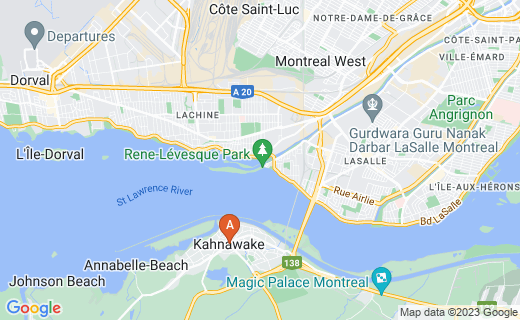 The Mohawk Nation is a strong political group in Quebec, recognized in Canada as a First Nation, but also living in New York State on a reservation.

In the United States, three groups of Mohawk people live in New York. One group is federally recognized and operates a casino near the NY-Canada Border. Of the other two groups, the Traditional Mohawk is the smaller, and totally unrecognized by federal, provincial, or state governments.

Three separate groups of Mohawk people live in these groups:

Another group of Iroquois live in this province and are called the Wendats of the Huron-Wendat Nation. These approximately 3,000 people reside in the Wendake Reserve inside Quebec City, having migrated there from Ontario Province in the past.

Map of the Montagnais (Innu) Band or "Mountaineers" 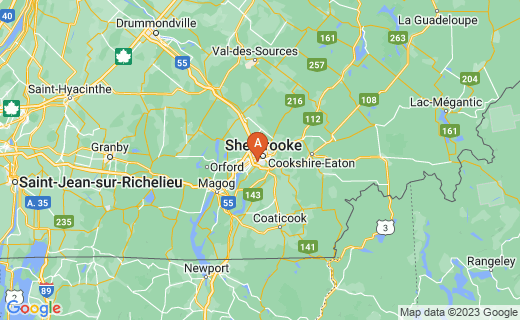 The Montagnais or Innu peoples, who speak several Algonquian dialects, were found by the French as they built a trading post. A Christian mission followed under father Jean d'Albeau, in 1615. Today, a total of nine bands of these people live in Quebec. 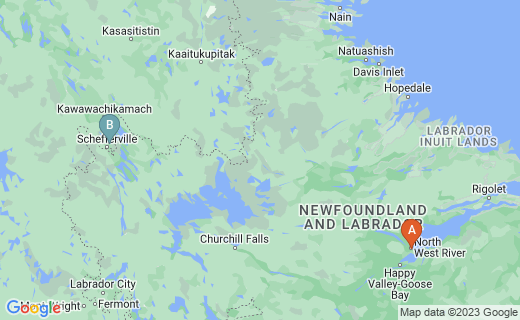