The Native North American groups of the states of Montana, Wyoming, and Colorado have been outlined earlier in this series, showing how they migrated from the Pacific Northwest, eastward.

Canadian First Nations (also known as First Peoples and Native North Americans) also migrated eastward from the Pacific Northwest, then southward from Canada into the same US States. Some of the people migrated back and forth across what is now the Canadian-American border, when resources ran low and conflicts between tribal nations occurred.

Many of the indigenous nations or tribes in the remaining four North Central States of North and South Dakota, Nebraska, and Kansas are related to one another and to the Canadian groups. An example is the Chippewa Nation and the Ojibwe Nation, who are actually the same people.

In 1786, just 10 years after America became a free nation, the U.S. set up its first Native American Reservation by some accounts. By other accounts, the first reservation was established before the American Revolution in South Carolina in 1760-62 by the Pine Tree and Augusta Treaties with the Catawba Indians in Catawba County.

Massachusetts followed suit in 1786 with a reservation.

National Indian Policy remained unchanged in America for over one hundred years.

However, President James Monroe said profoundly in his 1821 Second Inaugural Address that mistreating Native Americans with reservation placement "...flattered their pride, retarded their improvement, and in many instances paved the way to their destruction."

21st Century TV public service announcements show Native Americans extolling the virtues of staying on "The Rez" with government help. Many people, native and non-native take exception to these ads as misleading. 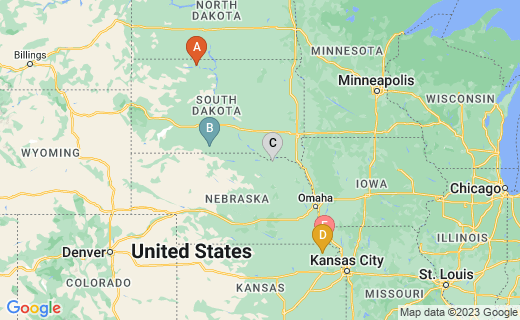 In the 1830s, George Catlin made five different trips to the West in order to submerse himself in Native American culture and paint individuals from the various Plains tribes or nations. He did them a great tribute in doing so, because his works have been preserved for the future. They depict the Native Americans with respect and dignity.

As Catlin traveled west in his first trek in 1830, the US had just passed the Indian Removal Act to force Native Americans in the Southeast to relocate west of the Mississippi River. He saw the disruption of their lives through no fault of their own.

Attempting to raise funds by having the indigenous peoples visit Europe and the US East to reenact their cultural traditions, Catlin actually formed the first Wild West Shows. With this, he inadvertently sentenced them to 200 years of stereotyping.

Mr. Catlin went bankrupt in 1852, but a wealthy American purchased his 500 Native American paintings and paid off his debts for him. When Catlin died, this wealthy man donated all of the paintings immediately to the Smithsonian Institution in Washington D.C., where they are now known as the Indian Gallery. Paintings from the Gallery tour the USA regularly.