Today's descendants of the pre-Columbian Indigenous Peoples native to South America live in the countries of Ecuador, Peru, Bolivia, northwestern Argentina, and Chile, all along the northern portion of the continent of South America.

Our Native South Americans are located all along the continent from Panama at the south end of Central America to Tierra del Fuego at the southernmost point on the continent, where you might see some penguins.

An estimated 30 million people were living throughout what is now South America when the Europeans arrived. These particular first contact Europeans were explorers and business adventurers and also Spanish and Portuguese. However, some anthropologists have thought about the possibility of Far East Asians having visited the continent long before the Hispanic explorers appeared here. This is an open question for research.

The nations of the Mochica, Chimu, and Nazca peoples in Peru, the Chibcha and Aymara of the Andes Mountains, and the Araucanos and Mapuche nations of the country of Chile were original pre-Columbian peoples with complex societies. All of them were surpassed by the Inca civilization, however.

Map Related to the Pre-Columbian Peoples Mentioned Above 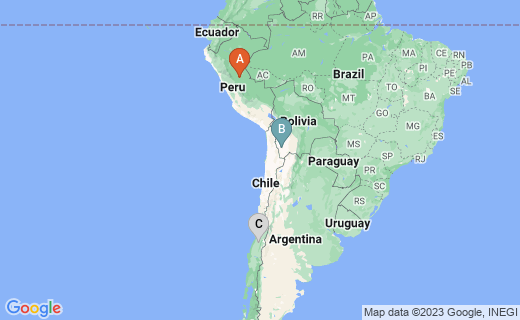 Quecha is the language that was spoken by the Inca in ancient days, It is still used the most widely of any of the native languages in South America today.

Quecha is as popular as Spanish and Portuguese in South America. Most of the native peoples on the continent live in small groups, similar to the independent bands or communities of Native Americans and First Nations peoples living together in North America. This fracturing of larger groups is often a result of the advent of the Europeans on both continents, driving back the indigenous peoples that were not equipped to deal with them and killing them off with foreign diseases inadvertently, or even purposefully at times.

In North America, the explorers wanted the land and all its resources, while in South America, the Europeans wanted particularly gold and the mythic fountain of youth, about which many books and films have been produced.

Native South Americans remain largely isolated or work as low wage laborers. A few groups related to the Arawaks and Caribs live in Venezuela, the Guianas, and Northern Brazil.

The Guaran' in Brazil are very few, but their language is well spoken in Paraguay. Guaran' is even the official national language of Paraguay.

Other indigenous peoples include the J'varo in the country of Ecuador and the Yanomami in Brazil and Venezuela. The Colorado people live in Western Ecuador and the Puelches and Tehuelches are very few. A tiny number of Fuegians, near Tierra del Fuego, hunt and fish for their living.

Detail Close-up of the Caribbean Sea

This include 28 different tribes. A few of them are:

Caribe Languages of Kalihna, Carib, Cariña, Kalinya, and Galibi are used in four countries: Venezuela, Suriname, Guyana, and French Guiana among the bands of native South Americans found in these countries.

Also at Centrelink on the Internet: 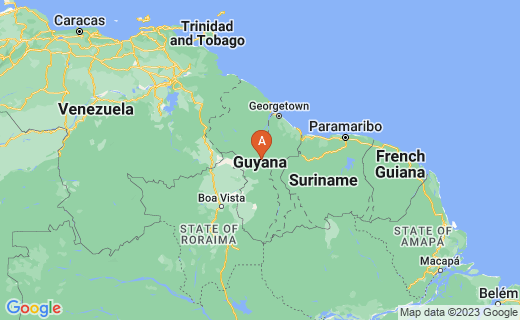