The Mapuche at the Bottom of the Continent

The Mapuche Indians or South American Nation are interesting, because they comprise about 80% of the indigenous peoples of Chile and they escaped elimination by Spanish conquistadors. In fact, their defenses were effective enough for their lands to becomes known as the graveyard of the Spanish in Chile and parts of Argentina.

Mapuche Nation people were the first and only First People on the South American Continent to enjoy their sovereignty recognized legally by Spain.

The Mapuche have lived on and and influenced large parts of the central and southern regions of Chile and Argentina. While the USA was forcing Native Americans westward to reservations or their deaths in the 1880s, the Mapuche Nation was resisting the Chilean government and maintaining their own language, culture, and ways of making a living.

January 6 is the Day of the Sovereignty of the Mapuche Nation.

The Marpuche People means have been part of the southernmost geographical extreme of the migration of the Peoples of the North from the Eastern Hemisphere (predominantly form Siberia and Northern Asia), Across the Bering Strait, and throughout the Western Hemisphere to the bottom of the world. However, none of the Aborginals seemed to have traveled to Antarctica.

Genetic blood-sampling research has shown that these individuals are also of African ancestry, because they are significantly different from the native populations of Brazil, but still rather closely related.

Early Migration from the Eastern Hemisphere

Some significant similarities exist between the blood protein DNA of the North American and South American Indian populations.

This supports the notion that they are all related closely and likely did migrate from north to south over the centuries. This research was performed by Haas et al., 1985; Carnese et al., 1996; and Hutz et al., 1997: 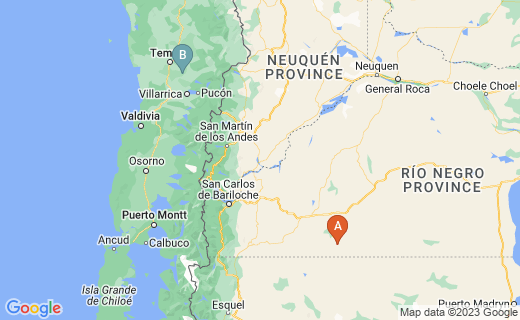 The Chilean government on Thursday apologized in the name of the Chilean state to the indigenous Mapuche tribe "for taking their lands" and said it has a pending debt in terms of public policies that will allow the La Araucania region, where 600,000 of the Indians live, to emerge from poverty. -- Fox News Latino; March 14, 2014

Many of the Indigenous Peoples in North, Central, and South America share DMA markers with each other and with First Peoples around the Arctic Circle and in parts of Asia and Oceana.

In fact, additional DNA evidence in Autumn 2014 found that the people of Easter Island, part of Chile, traveled back and forth to Mainland Chile and intermarried as well (scienceworldreport.com/articles/18356/20141027/genome-reveals-ancient-people-easter-island-sailed-nearly-2500-miles.htm Retrieved 10/27/2014)

Following DNA markers, cultural patterns, and the spread of languages, it seems that a wave of Aboriginals migrated across the Bering Strait, down into South America back up through South America, Central America, Mexico, and once again into North America. This concept was taught in anthropology courses at least from 1970 to the present and gains additional evidence every year.

According to decades of anthropological findings, the first Aboriginals on our American continents are probably people that eventually migrated up into the Ohio Valley from South America and farther to the North until their migration was stopped by Europeans -- Two indicators are the similarity between Pacific Northwestern Kwakiutl and Mohawk Thanksgiving Festivals, plus the spread of Athabaskan Languages from the Pacific Northwest and Polar Regions to the American Southwest. These whites pushed man off their lands back toward the West, with many deaths resulting in harsh winters of forced marching.

In addition, the long term mass migration seems to have reached as far north and east as Greenland and Iceland, according to DNA evidence.

The indigenous nations include the following list of First Peoples:

The Mapuche homelands, called Wallmapu, became known to Europeans as The Spanish Graveyard.

What does it mean to be a "True Person"?

From ethnographic fieldwork this book show indigenous peoples on reserves where they have been forced to live since around 1900. This the first complete ethnographic analyses (in 2011) of the major social elements of the rural Mapuche today, i.e. relationships and families, the ritual sport of palin, the fertility ritual, and others.

The Language of the Land

Language of the Land: The Mapuche in Argentina and Chile (International Work Gorup for Indigenous Affairs)

"This is the first book in English (2007) to examine the contemporary Mapuche: their culture, their struggle for autonomy within the modern-day nation state, their religion, language, and distinct identity." The title of the book "Language of the Land" is an English translation of "Mapudungun."

Endangered Languages of the Americas and the World

The following list may not be inclusive, given the constant migration of indigenous peoples in South America.