Was the Indigenous Wyandotte Nation of Ohio Forced Out or Paid to Leave?

A controversy began in Ohio newspapers during August 2013 about some former residents, the Wyandotte or Wyandot (in Ohio) Nation.

An argument began between two sides of the question concerning whether the Wyandotte group of Native Americans that were living in Ohio were forced out by the Indian Removal Act or not:

An error was made by the second side, represented by one person in a Mail Bag letter in the Columbus Dispatch on August 20, 2013. He lumped all of the Wyandotte bands together as one unit, not realizing that the Anderdon band and the Sandusky band both lived in Ohio as well as farther north, but fought on opposing sides during major wars involving the British, the French, and Americans. At the same time, Mr. Switzer seems to have done the same thing, but he had spoken with people - even some county historians - who believed the Wyandottes to be only a single large band.

Wyandotte groups maintain websites with their histories visible, and people call various Ohioans to ask questions about them.

Our Mail Bag writer copied an error-ridden, non-sourced article and used it to tell Mr. Switzer that the reporter could "not be further from the truth" and that no Wyandottes were forced out. Why don't people ask the Wyandottes themselves?

The opposing Wyandotte bands were handled differently after the wars mentioned above, specifically by the British in Canada and by the Americans, evidenced in the treaties written.

At first, the Anderdon people received land by treaty in Canada, Michigan, and Ohio.

Even though siding with the British, land was taken away from the Anderdon in bits through sucessive treaties. They received payment only for one section of land amounting to about 1/3 of the originally granted lands of 1836; and finally suffered removal of ownership of all of their lands from 1877 to 1892. Those - and only those - who accepted citizenship as Canadian Native Americans could each buy back a 50-acre parcel of their own land.

The Wyandotte Anderdon Nation was thus forced from Ohio, especially after 1877, with a small payment being received back in 1836 for 1/3 or less of their land. Many went back up into Canada and stayed where they remain today instead of being forced to move to Oklahoma. Many refused to leave, just as many Acadians also refused to leave Canada before, in the 1700s.

From actual Wyandotte histories, it seems that only the band of Sandusky Wyandottes (or Wyandots) who lived about 50 miles south of Lake Erie received some money for properties ceded and moved willingly to Kansas, although this action was still under the Indian Removal Act. They were removed, but given some money. However, the Kansas group is building its own hotel resort-casino in the 2010s, with high revenues expected.

The Wyandottes in modern times are headquartered in their namesake city in Oklahoma, where they operate a large hotel and resort casino.

In 2013, their businesses and jobs increased as they became future operators of a new Sonic Drive In. The ground breaking was scheduled for 10:30 AM on August 26 in Seneca, Missouri, just 10 miles east of Wyandotte, Oklahoma.

The dining location and the tribal headquarters are both found along Route 60, a historic east-west highway in America. Another important section of the highway is the Midland Trail Byway in West Virginia.

Smaller groups of Wyandotte are located in Kansas, a few in Missouri, and in Michigan - the latter refused to be removed to the American West.

How did the Wyandottes arrive in Oklahoma? 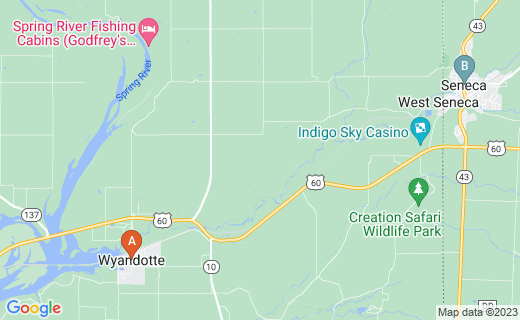 Who Are the Wyandotte?

History exained in this article is from Wyandotte reports on the Oklahoma and Anderdon tribal websites and historical texts:

According to the Wyandotte Nation themselves, they were not historically part of the Wendat Confederacy or of the Huron Nation, as several writers and a Wikipedia article have stated. I believe the Wyndotte's own history. Although they had connections with the founders of the Huron tribe, the Wyandottes state that they were largely of the Tionontati people.

The modern Wyandotte include remnant bands of the Tionontati, Attignawantan and Wenrohronon (Wenro) people. They united in 1649 and 1650 after defeat in conflicts with the Iroquois Confederacy, which is the first representative democracy in North America. Thus, the Wyandoote are the original Tionontati, joined together with other remnant bands. Further, the Wyandoote people did not come together as a nation until after the Huron Nation (Wendat Confederacy) fell.

In 1999, a new Wendat Confederacy was instituted, with the Wyandoote a major member in the group. Altogether, the refurbished confederacy includes the Huron Wendat and Wyandotte units in Kansas, Missouri, Oklahoma, and the Wyandotte Anderdon Nation in Michigan and Canada, who refused to leave under President Andrew Jackson's Indian Removal Act. 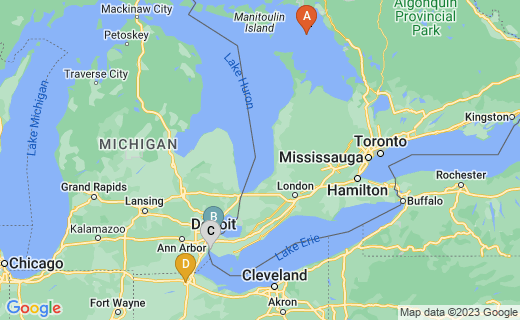 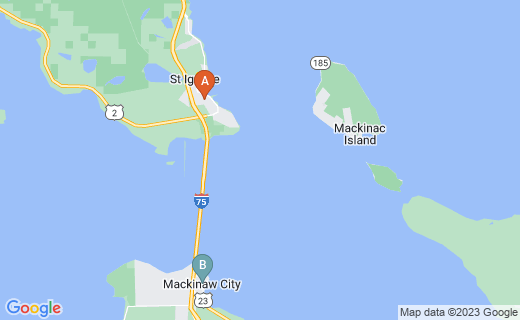 The Anderdon Nation people tell us that they have lived for hundreds of years along most of the rivers in southeastern and eastern Michigan.

They were once also found on Georgian Bay (formerly Huronia) in Canada; and across to the St. Lawrence River Valley and southward. They also inhabited the islands in the Detroit River and the islands of Lake Erie and land in Northern Ohio at least as far south as Wyandot County.

These Huron wore the hairstyle of the Mohawk warrior and were called savages by European fur traders and Jesuit priests. The people were attacked and defeated by the Mohawk and Seneca nations, hid with the Putin tribe, joined them, and together became the Wyandotte. From there, they migratedd to Mackinac, Michigan, which was then called Michilimackinac, into Wisconsin, and back to St. Ignacem across from Mackinac.

The Anderdon people traded with the French, and later the British, siding with the British in the French and Indian War. British protection was lost after the Ameerican Revolution. The 1785 Treaty of Fort McIntosh included the stipulation that the Wyandotte give up some of their lands in Northern Onio Territory as well as part of Michigan holdings. Additional treaties affected land holdings, which became smaller for the Wyandotte. The 1795 Treaty of Greenville in Northern Ohio allowed all people living in the US and its terriroties to freely travel through Wyandotte-owned lands. The Indigenous People were losing control of their holdings.

Uncomfortable about acknowledgement of their real ownership of lands granted to them in 1795, the Anderdon people sided with the British and against the US and another Wyandott group - the Sandusky - in the War of 1812 - 1814.

Street Named For the Huron-Wendat 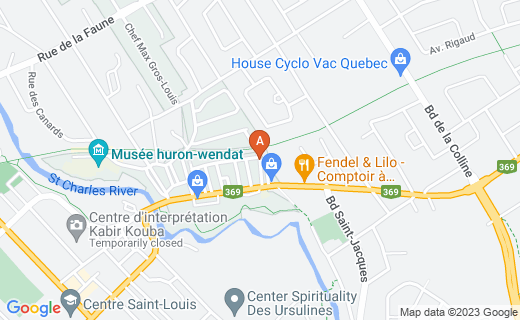 By 1836, the British government in Canada had divided the Anderdon Reservation into three sections, of which the government sold most of two sections. The Anderdon people received money for only one section and were allowed to live on the middle section.

In 1842, Some of the Anderdon people moved to Kansas when the Sandusky moved, but several others stayed in Anderdon.

From 1853 to 1876, much more of the Anderdon lands were taken by the British government.

By 1892, all of the Anderdon Reservation was gone, but some members of the tribal unit were allowed to become citizens as "Canadian Native Americans" and could each purchase back 50 acres of their land for $1.00.

The town of Anderdon became Amhurstburg and the Wyandotte Anderdon Nation moved its headquarters to Trenton, Michigan near Detroit in Wayne County, part of their original lands. The Huron-Wendat headquarters are in Quebec.

Other Wyandotte groups inhabit Kansas and Missouri, but the largest is in Oklahoma. All of the groups dispersed from Ohio to live elsewhere.