Native American Nations and Their Genetic Trail Around the Arctic Circle

A Native American Haplotype Was Discovered in Iceland in 2010

Iceland was the only sector of the Arctic Circle region that had not yet yielded indisputable DNA evidence of Native American genetic markers until 2010.

SUMMARY: The researchers conclude that genetic material and markers shared by Native North Americans and their counterparts in Northern Europe (Sami or Saami, etc) made their way to Iceland. This negates the insistenc of some that the Vikings were the sole settlers.

The Sami peoples are the inventors of the word "tundra."

"We have reasonably clear genetic evidence that the most likely candidate for the source of Native American populations is somewhere in east Asia," -- Noah Rosenberg, a genetic researcher at the University of Michigan Medical School.

The Inuit and related peoples have been discovered in northeast Siberia, Russia, across the top of North America in Alaska, Canada & Territories, and into Greenland and the Feroa Islands near Denmark. In fact, evidence supports the notion that the Inuit are living or have lived completely around the globe in the Arctic and Subarctic regions.

The Northern European Sami and others have shown bio-markers related to the Inuit. Is appears that human life in the north migrated around the circumpolar regions. It raveled elsewhere as well, since a Sami bloodtype has been found in Pacific Islanders.

In 1996 I found linguistic evidence in research at The Ohio State University that certain Iroquois Confederation nations (Mohawk) shared the identical word for "cousin" with the Zulu Nation that was originally in the Congo.

Sources, including legends, state that the Zulu are descended from the son of a Nguni chief in the Congo Basin. Today, the people are largely in KwaZulu-Natal. I was intrigued, because sharing the word for cousin meant that the two nations were probably related genetically. From around 2005 through 2015, the Smithsonian/National Geographic/IBM Genographic Project was logging additional such connections. However, their database has been closed to all but credentialed research scientists. 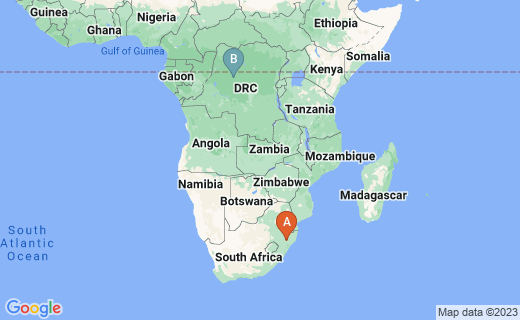 By 1999, genetic research begun with studies back in 1992 showed Y chromosome links (via the male heritage line; Y is male and X is female) between and among the Native North American Nations.

This article will present additional details from genetic research about these links, along with a list of characteristics that are markers for Native North and South American heritage, including: 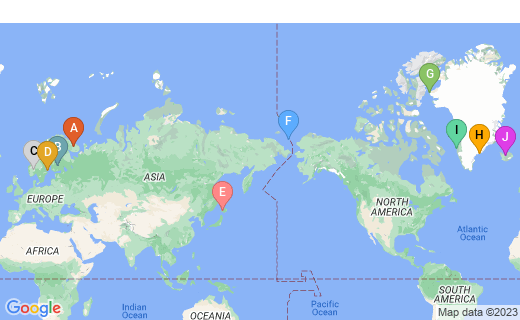 This group was, early on, in a perfect position to migrate across the Bering Land Bridge; and they did so.

The Sami bloodtype A2 is related to the peoples living in Polynesia in the Pacific Ocean. The Ainu are indigenous to Northern Japan, but they are not related to other Japanese peoples.

The reporting firm Statistics Canada stated in its 2006 Census results on Indigenous Peoples of Canada that there are 1,172,790 First Nations, Métis, and Inuit individuals in Canada. Not all individuals in all native groups completed the questionnaires for the Census, so there are more aboriginals living in Canada than were counted.

This First Nations count is an increase that results from higher birth rates among the indigenous peoples than among non-aboriginal groups. The increase in population also results from an increasing number of people beginning to identify themselves as aboriginals in the late 20th and into the 21st centuries.

The Métis are the mixed-heritage individuals in Canada and the USA that have a portion of indigenous DNA. In Canada, their numbers doubled in the 10 years from 1996 - 2006.

Some of Canada's largest cities are home to substantial numbers of indigenous people. including Winnipeg (10% of the total population), Regina (9%) and Saskatoon (9%). These are large numbers compared to those of 1996.

First Nations people are significantly younger overall than non-native people in Canada. The median ages of the two groups fall at 27 years for First Nations and 40 years for others, respectively. This First Nations have more younger adults, compared to early middle age among whites and others.

Half of all First Nations members are under 25 years of age. They are in a position to take over some of the jobs left vacant by retiring Baby Boomers in Canada in order to solve the 21st century labor shortage created by this retirement. With various education and training programs available from the Canadian federal and provincial governments to First Nation peoples, this is a good possibility.

Are You Native American?

In order to help you decide whether to undergo DNA testing or not, here is a list of characteristics reportedly associated with Native Americans/First Nations in Yahoo Groups and Facebook groups, many of which characteristics are not widely known:

1) Wider feet than the general population. This means that you cannot wear an "A" , "AA" or "AAA" width, which are all narrow and in high demand even from people with wider feet, as a fashion statement. Medical science found the widths unhealthy for wider feet, just as it found that using too-small a shoe can be a problem to the structure of any foot.

In some large department stores, the concept of "width" has disappeared from the current manufacture and distribution of shoes, so they are all just a little too narrow (These same shoes are also too wide for people with narrower feet, so they sometimes shop online at specialty shoemakers.) There may be a difference, also, in the structure of the arch of the foot among the Indigenous people in question. NIKE produces wider shoes for the Native American foot. Thus, there is truth to this characteristic being brought forward.

2) Lack of hair on the abdomen - not even a light fuzz, usually, according to Native American comment posters online.

3) High cheekbones that, if you wear glasses, the lenses are consistently smeared at the bottom or below the center of the lenses. (I have this and it is annoying.)

4) Tooth structure. There are two characteristics to look for:

The first is a type of "shoveling" - almost like a scoop or the flatter side of a spade - on the inside of the top 4 front and bottom 4 front teeth, with an extra ridge before you get to the root. Sometimes this involves additional frontward teeth. (I have these characteristics, while my friends from Scandinavia do not.).

The second hallmark characteristic is the lack of a fifth cusp on certain molars - European descendants most often have that extra cusp (a point) to make a total of 5 cusps. The exception is found in a single Eastern European culture.

5) Are you a descendant of Europeans or African-Americans that may have intermarried with Native Americans? Although some of these individuals do not look like Native Americans, they may possess the indigenous DNA as part of the larger intermixed group of Metis, Metiza or similar designations. It is particularly interesting that it appears as though a portion of Mohawk people, historic and current, have looked more like Europeans than do other Native Nations.