Newts, and Their Value in Medical and Environmental Fields

Research on newts, semi aquatic amphibians, is becoming increasingly important in both the medical and environmental fields. Since newts can regenerate cells, limbs, and organs, they are of great interest to scientists who are looking to imitate them with a similar mechanism to allow regeneration in humans. Regeneration in humans could result in better lives for many, including, but not limited to, amputees, athletes, sufferers of heart disease and diabetes, and even those experiencing unwanted baldness! Newts are also of interest to scientists in environmental fields, as they can be bioindicators of chemicals such as fungicides, as well as biodiversity indicators, especially when it comes to plant diversity. Overall, newt research, and in turn, conservation of newts so that there are enough alive to study, can significantly change the future.

Newts, which are semiaquatic amphibians in the family Salamandridae and the subfamily Pleurodelinae, have been the focus of many studies for the past 200 years (King and Newmark 2012). Newts have many unique characteristics, including thin, sensitive skin and the ability to regenerate body parts and organs. These characteristics have intrigued scientists, pushing them to find ways to utilize their knowledge of newts to help better the lives of humans and the environment as a whole. Currently, work is being done to examine the ways in which newts regenerate body parts and to utilize these abilities in lab mice. The hope is that someday we will use newt-inspired treatments to alleviate arthritis and other issues in humans that result from the inability to regenerate cells. Newts are also being studied as bioindicators to determine the level of toxic compounds in environments and to determine the level of biodiversity in ponds and surrounding areas.

Although regeneration, the regrowing of cells, organs, and body parts has long been the topic of science fiction, it is just a part of life for newts. The first animal found to regenerate body parts was the Hydra, which is a freshwater polyp (King and Newmark 2012). This discovery led to further research into regenerative abilities in other animals, including the newt. While the Hydra can regenerate a whole organism from just a small portion of its body, newts can regenerate eye lenses, limbs, and other organs (King and Newmark 2012).

Researchers are investigating the mechanisms by which newts regenerate cells in hopes harnessing these techniques for use in other animals and humans. Regeneration happens in four major steps: wound healing, dedifferentiation, blastema formation, and redifferentiation (Kawesa, Vanstone, and Tsilfidis 2015). Dedifferentiation is the main step that many studies are currently examining, and it is the process by which “cells lose their specialized characteristics and revert to a less differentiated state” (Kawesa et al. 2015). Regeneration is capable of occurring in organisms still in the womb and even in young animals, mostly because the cells have not yet become specialized or differentiated (Maron 2013). Currently, humans have limited regeneration abilities: we can regrow fingertips if enough of the nail remains, thanks to stem cells below the nail, and we can regenerate liver cells (Maron 2013; Conger 2010).

A subsequent study done by Kawesa et al. (2015) examined the effects of extract from amputated newt limbs being incorporated into muscle cells such as myotubes. They found that in a certain line of C2C12 myotubes from mouse muscles, the newt extract did induce reentry into the cell cycle, although it was dependent on the concentration of the extract (Kawesa et al. 2015). Kawesa et al. (2015) concluded that because of previous results regarding Rb and ARF and their own findings, C2C12 muscles cells are “in an intermediate state between newt A1 muscle cells (which can reenter the cell cycle following serum stimulation) and primary cells, which require two mutation events for cell cycle reentry to occur”.

Another mechanism that has been studied, thanks to inspiration from newt regeneration, is regeneration facilitated through the help of a gene called Lin28a (Maron 2013). This gene is more active the younger you are, and it can reprogram cells into an “embryonic-like state”, which helps with wound healing and regeneration (Maron 2013). For example, young mice with stimulated Lin28a are able to regrow toes, close holes cut into their ears, and grow fur very quickly. These abilities were replicated by activating certain metabolic processes, which can imitate the effect of Lin28a (Maron 2013). However, these abilities were only seen in young mice – adult mice are significantly less capable of regrowth. In addition, even young mice with stimulated Lin28a were not able to repair heart tissue damage, so the extent of the regeneration is currently limited (Maron 2013). This study is just another step forward in newt-inspired regeneration research.

Another characteristic of newts that has interested scientists, especially recently, is their sensitive, thin skin. The skin of newts is permeable to water, which allows them take in oxygen, nutrients, and other chemicals to which their body may react. This allows newts to serve as bioindicators for many different areas of interest, including pH and fungicides.

Newts are also often associated with high levels of biodiversity, allowing researchers to use their presence as an indicator of general health or biodiversity within the ecosystem (Sewell and Griffiths 2009). Sewell and Griffiths (2009) argue that bioindicators be used to reflect community composition or environmental change, specifically by correlating positively with both increased aquatic plant diversity and plant cover. They go on to examine the use of newts and how they can reflect community composition, especially in conjunction with a suite of other organisms.

Newt-inspired regeneration has an almost unlimited number of implications within the field of human medicine. The ability to regenerate muscle cells could be used to heal athletes after exercise or injured people after a wound or injury. If explored far enough, it might even allow people to regenerate appendages, which would be especially helpful in cases of amputation. Wounded soldiers and people in high violence or unstable areas come to mind as people who could benefit from the ability to regenerate limbs, in addition to people who are injured in dangerous work sites. Another route that is already being explored is the slowing, halting, or even reversing of arthritis (Simpson 2015). Furthermore, it is already known that newts can regenerate eye lenses, so if scientists could implement this ability in humans, people who are blind due to problems with their iris and lens, as well as people who lose their sight with age, could have their sight restored. In addition, researchers should examine if techniques discussed earlier involving Rb and ARF could be extrapolated to other cells, such as those in the heart or pancreas, since heart disease is one of the major causes of death in America (Conger 2010).

Lin28a, the gene that increases healing and regeneration in young mice, also has potential for utilization for humans. Mice fur grew back more quickly than normal in mice with increased Lin28a – could this help slow or reverse baldness in people? Additionally, Lin28a is linked to metabolism regulation and predispositions to diabetes in mice (Maron 2013). It is worth exploring if similar links are present in humans, as it could help lower the prevalence of diabetes and other metabolic disorders. More research is definitely needed in this area, as there are currently no known drugs that activate Lin28a in humans (Maron 2013).

While research is being done on ways to implement newt-inspired regeneration in humans, scientists must not lose sight of the probable reason that we lost regeneration abilities in the first place. The ability to send cells back into the cell cycle to reproduce also gives those cells the ability to become cancerous. In addition, several mechanisms by which scientists are exploring regeneration take place by blocking tumor-suppressors, which could lead to an even higher chance of cancer. However, rather than give up on regeneration because of the threat of cancer, I think it is worth it to continue exploring avenues for regeneration, while always being aware that one must find ways to suppress cancer at the same time. One way to do this would be if you could turn off the regeneration, which it seems that scientists are already finding ways to do, such as by restoring Rb (Conger 2010).

In terms of bioindicators, research of newts will be important going forward. If thiophanate methyl is toxic to newts, it may be toxic to other organisms, including humans. The fact that newts experienced higher mortality when exposed to lower doses of the compound could indicate that even small amounts in the water supply could be detrimental to the ecosystem and environment. This could indicate that higher doses of the compound may activate a defensive mechanism that is either not as effective or not at all activated at lower dosage exposure (Capaldo et al. 2006). The exact mechanism of thiophanate methyl should be examined further to determine how it triggers different responses within the body, especially at various doses. Further research should be done in an effort to produce fungicides that are not harmful to anything other than their intended target. Additionally, since newts have such high sensitivity to the compound within the environment, conservation efforts should be taken to keep healthy populations of newts in their habitats so that scientists can monitor them and be aware of unhealthy levels of thiophanate methyl.

In terms of using newts as an indicator of community composition and high levels of biodiversity, Sewell and Griffiths (2009) are somewhat torn. They argue that a fairly long lifespan may be a detriment to newts in serving as a biodiversity indicator, because they can survive even after biodiversity has changed. However, since newt populations are directly correlated to high aquatic plant diversity and plant cover of a pond, and plant diversity can provide food and shelter for a wide range of other organisms, it seems reasonable to conclude that newts can be effective biodiversity indicators. Since Sewell and Griffiths (2009) found that suites of organisms, rather than a single organism, were more effective in indicating biodiversity and health of an environment, I would suggest that future studies investigate which organisms can be used in conjunction with newts to help us better understand biodiversity and the environment. 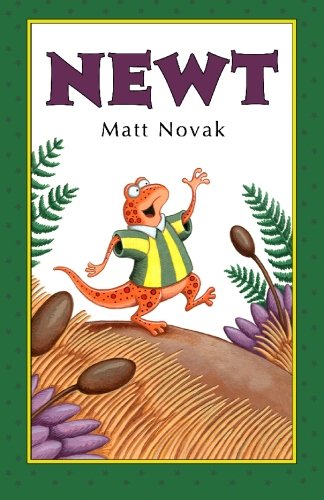