The Four Lives of Nicotiana attenuata

All plants that are pollinated by animals and insects in particular must solve a difficult problem of attracting pollinators while remaining inconspicuous to herbivores. This is even more critical when one, or the main, pollinator is also the main “predator”, of their green and fleshy leaves. Thus, there is an interesting dilemma posed to some plants while needing an efficient pollinator that is also a voracious herbivore in its larval-stage. What to do then? Well, a small plant, mostly unnoticed to humans, native to western North America from British Columbia to Texas and northern Mexico, fights a real but intriguing battle against herbivores in order to survive and leave legacy. It is known locally by coyote tobacco, or wild tobacco, while scientists call it Nicotiana attenuata. Due to its wide range, Nicotiana attenuata grows in many types of habitat, thus facing many threats. It germinates after fires in the South-western United States. Nicotiana attenuata is a glandular and sparsely hairy annual herb exceeding a meter in maximum height and is also one of many species commonly known as wild tobacco, some of which are very popular as ornamental garden plants. Although of no actual use to us, coyote tobacco was used for a great variety of medicinal purposes by many Native American people, which also smoked it ceremonially.

As first line of defence, like many plants, if not all, Nicotiana attenuata is poisonous. As they cannot run away and have to face their own demons, the first and sometimes most efficient way for plants to keep themselves efficiently green is by being poisonous. Thus plants spare no means on producing an arsenal of chemical weapons to stop those most intrepid herbivores. Some plants are horridly bitter to most tastes. Coyote tobacco, Nicotiana attenuata, mastered itself, like all plants of its genus, on producing a poison quite familiar to some of us - nicotine. Nicotine is a potent alkaloid that affects muscles and is found in the nightshade family (Solanaceae). Nicotine is made in the roots and accumulates in the leaves of the plants. In the case of Nicotiana attenuata, the concentration of nicotine can be up to three times the value found in common tobacco, Nicotiana tabacum, and it is so efficient in paralyzing or killing insects that it was widely used as an insecticide in the past. This way, coyote tobacco keeps many potential consumers away. Many, but not all …

There are two species of insects in particular that Nicotiana attenuata cannot simply get rid of. They are popularly known as hawkmoths, of species Manduca quinquemaculata and Manduca sexta, and they are also one their main pollinators; therefore needed for assuring future generations of coyote tobacco, Nicotiana attenuata. The drawback is that the larvae of these night-active pollinators hawkmoths, also known as tobacco hornworm or goliath worm, are voracious herbivores that cause tremendous damage to coyote tobacco by eating its leaves. Like many larvae of butterflies and moths which are immune to the poisons of the plants they feed from, these larvae are immune to nicotine. What to do then? Well, coyote tobacco found a very interesting and ingenious way of getting rid of most if not all of those pestering and nuisance larvae. First, like all plants when under severe attack from herbivores, the leaves of coyote tobacco emit volatile compounds into the air, known as green leaf volatiles, as warning signals not only to the other coyote plants nearby but also as mayday signals that other insects have learned as a signal for food, in this case meat. Many of us have got a whiff of these green leaf volatiles — it is the smell of freshly cut grass.

When tobacco hornworm caterpillars start munching on coyote tobacco, their saliva interacts with the green leaf volatiles, causing a chemical change in these compounds. This new compound attracts bugs of the genus Geocoris, popularly known as big-eyed bugs, which prey on tobacco hornworm eggs and larvae. Big-eyed bugs occur in many habitats, including fields, gardens, and turf grass, and are considered an important predator in many agricultural systems. They feed on mites, insect eggs, and small insects. The parasitic wasp, of the genus Cotesia, has also learned to interpret these altered green leaf volatiles emitted by coyote tobacco as a sign for food for its own larvae. Cotesia wasp lays its eggs in the bodies of tobacco hornworms. The wasp larvae feed internally, and emerge from the body to spin their cocoons. Thereby, further damage to coyote plants is thus prevented by the predatory actions of these insects. In fact, these two genera of insects are used today as biological pest control in many crops. The green leaf volatiles emitted by coyote tobacco plants serve also as warning signals to other coyote plants nearby that detect them and consequently increase their arsenal of nicotine and other toxins as response to prevent further attacks from insects on them. This is not new and in fact is used by many plant species as a way of communicating to other plants that danger is near. 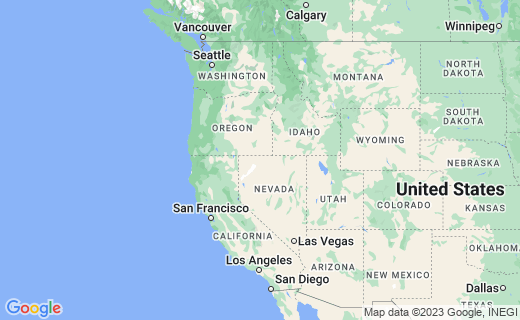 However, the anti-crime units may not be always nearby and ready to respond and one single female hawkmoth can lay as many as 200 eggs. Multiply this by some dozens nectar-addicted hawkmoths and you have doomsday for coyote plants. But, as in the popular saying, when the going gets tough, the though get going, the coyote tobacco pulls up another card. What about making the tobacco worms even yummier? They are already quite noticeable. As in adding a little more spice in them, coyote tobacco is a hairy plant and some of those hairs, called trichomes, specialized on producing nectar, sweet and yummy nectar, therefore irresistible to most insects and tobacco worms are no exception. As the fruit of the poison tree, this nectar comes with a price, smell. As tobacco worms feed on nectar they smell, better they stink like nectar. So, for all of those predators that have not noticed the previous call, this one comes truly with flavour, a sweet and irresistible flavour of pure nectar. In insect world these tobacco worms are walking lemon pies. Therefore, hard to decline….

Many plant species flower when their most efficient pollinators are active. This also happens to coyote tobacco as it flowers normally at night releasing benzyl acetone to attract hawkmoths when they are active. Unfortunately for coyote tobacco when hawkmoths are doing their most useful job as pollinating and feeding on nectar they are also active on reproducing themselves, thus laying eggs from which voracious larvae will emerge. Herbivory, especially if continuous, is known to alter many processes in plants such as pollination rates, by altering the number, size, nectar production, and seasonal timing of flowers [or the behaviour of pollinators]. When coyote plants are attacked by hawkmoth larvae, probably after all the previous methods mentioned above proved inefficient, coyote tobacco takes extreme measures to prevent its own extinction. Basically, it transforms itself into a different plant, almost from a different species. It starts by flowering in the morning, when hawkmoths are not active, and with reduced benzyl acetone emissions which assure their flowers unattractiveness to hawkmoths. These morning flowers are also longer in their tubular throats than those that open at night and are specifically made to attract a very different pollinator, one that doesn’t have hungry larvae as offspring - day-active hummingbirds. This way, coyote tobacco prevents hawkmoths from multiplying even further and thus future attacks on itself by a relying on a pollinator that will not take anything else from it than nectar in return. This dramatic change in the flowers of coyote tobacco, which is elicited by oral secretions from feeding hawkmoth larvae, causes the majority of outcrossed seeds of coyote tobacco to be produced by pollinations from day-active hummingbirds rather than night-active hawkmoths. Therefore, not only assures that this convenient metamorphosis will be transmitted to future generations but also reduces the risk and fitness consequences of herbivory to living coyote plants. However, coyote tobacco still relies on hawkmoths for pollination as they can be attracted via volatiles over great distances. Hummingbirds apart from feeding on many other plant species their pollination services may be more restricted by other requirements such as the location of nest sites in trees. These measures taken by coyote tobacco are just ways of balancing the price of having such an efficient but costly pollinator. The most fascinating thing is that coyote tobacco takes all these measures and changes in only one year.