Oil and humanity have been together for quit some time now. The enormous oil spill that occurred in the Gulf of Mexico and lasted for more than 3 months testifies to that statement. Some of us can help but wonder how we got into this mess. The spillage was finally stopped with BP placing a tighter fitting cap on the well followed by a process called "top kill to permanently stop the flow of oil. We know BP was sloppy with this oil well and cut some corners to tap that large reservoir of oil three miles below the water surface. But what we need to do is go back in time and follow the historic path to when man and oil first came together and move forward to where we are now. Before I get started, let us take a look at how all that oil got down there below the ground in the first place.

How Did The Oil Get There?

It started 50 million years ago when dinosaurs roamed the Earth and all the continents were together as one large landmass called “Pangea”. During that time, the ancient ocean was full of zooplankton, microscopic organisms. As these organisms died, they fell to the ocean floor and formed a thick layer covering the ocean floor. This process went on for millions of years and is still happening. Later through the process of plate tectonic (movement of the earth crust) these layers of dead organisms were pushed deeper in the Earth’s crust. It is here where buried layers of dead organism were subjected to high pressure and temperature for millions of years and converted into a waxy substance called “kerogen”. Kerogen is rich in carbon and hydrogen. This waxy substance migrated through porous rock and collected in pockets as deposits of oil and gas. Land masses continued to shift, sea levels changed and these ancient deposits ended up beneath many places throughout the world such as Texas, Alaska, the Middle East and under the seas.

When was oil first discovered?

Man first came across oil during ancient times by literally walking over it. Oil was often found bubbling up through the ground in some places. If you remember the TV series “The Beverly Hillbillies” that is how Jed Clampett got rich. He saw oil bubbling up out of the ground while hunting. The Chinese has used oil since the 4th century B.C. Oil was used primarily as a lubricant, lighting, and as a caulking for ships to make them waterproof. Believe it or not, oil was also obtained by skimming it off the water in some ponds because it was often found bubbling up from below the water surface. This practice continued until the 1850s and obtaining oil from whales was beginning to become scarce since the whales were nearly hunted to extinction. Oil producers began to look for other sources of oil. Oil drilling began in 1848 in what is now Azerbaijan. At that time Imperial Russia was the largest producer of oil in the world with an output about 7,000 tons. By the beginning of the 20th century Russia produced more than half of the oil in the world. In the United States Colonel Edwin Drake built the first oil well in Titusville, Pennsylvania in 1859 and struck oil after drilling a mere 70 feet down thus starting the “modern oil era”. By 1925 the U.S. over took Russia in oil output and became the world’s largest oil producer. Oil wells became the main source of kerosene for lanterns. Until that time, combining turpentine with whale oils was the main way to produce illumination. By the 1920s oils fields were discovered in Ukraine, Canada, Venezuela, Sweden, Poland and the United States. The Gulf of Mexico did that see it first oil well platform in the water until 1947 off the coast of Louisiana. This well was only 11 miles from the shores. After World War II ended, United States lost its lead in oil production to the Middle East countries. 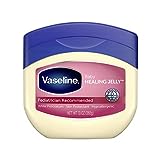 In the beginning, the demand for crude oil was not as high as it is today. In fact, most of the crude oil obtained from drilling back then was discarded. Yep, discarded. During the late 1800s the kerosene component of the oil was the only usable part of the oil at that time. Fifty years later the demand for crude oil went up dramatically with the mass production of the internal combustion engines still used in most automobiles and trucks today. Oil wells began springing up just about everywhere to meet this high demand for oil. Unfortunately, drilling for oil is very dangerous and expensive. For every 100 oil wells drilled only 44 produced oil and obviously it becomes even more expensive and dangerous when drilling for oil offshore. It cost about 80 dollars a barrel to drill for oil offshore compare to drilling for oil in the Middle East at 5 dollars a barrel.

Before any drilling can be done, an oil reservoir must be located first by using several methods to located it. Gravity meters are used to locate oil reservoirs by measuring small changes in gravity caused by oil reservoirs. Magnetometers are use to detect small changes in the Earth’s magnetic field caused by flowing oil, and electronic sniffers are used to detect the smell of hydrocarbons. Finally, the most common method employed is the use of shock waves. When shock waves are emitted into the ground or water they travel through different materials at different speeds. In some cases these waves are reflected back to sensitive detectors on the surface where the readings are interpreted by seismologists for signs of oil and gas traps.

Once a site is selected, legal matters must be settled before drilling can begin. The site must be surveyed and boundaries must be established. The site must be checked for environmental impact and a source of water must be near by if drilling going to be done on land. If no water is near by then a well must be dug. After the land preparation is completed, several holes are dug in preparation for the rig (derrick) with a rectangular pit called a “cellar” for the drilling hole. Finally, when the holes are completed the rig is brought in and set up.

In order to perform oil drilling, three systems must be in place. They are the power system, mechanical system, and circulation system. Diesel engines on the site provide the main source of power and power to run the electrical generators to produce electricity for the drilling platform. The electrical generators provide electricity to the electric motors to power the mechanical system. The mechanical system is consisted of a power hoisting system and a turntable. The hoisting system is used to lift and move heavy equipments and materials (pipes, pumps, etc) around the platform. The turntable is the main part of the rotating equipment that does all the work on the platform; it turns the pipe with a drill bit on the end during drilling. Besides the turntable, the rotating equipment is consisted of several parts such as the swivel, kelly, drill string, and drill bits. Each plays a critical role in the process to control the pressure in the well. For example, the swivel function is to form a tight seal around hole and the drill string serves as pipe connector thus increasing the weight on the drill bit. The final system is the circulation system. This system performs the job of pumping drilling mud (mixture of water, clay, weighing material and chemicals) into the hole to remove rock cutting from the drill bit. But before this can be done the hole is first lined with a concrete casing to prevent collapses. Finally, just below the rig the most important piece of the drilling process, a blowout preventer, is put in place. This is the piece that failed in the Deepwater Horizon accident in the Gulf of Mexico. It function (with the use of high-pressure valves) is to seal the high- pressure drill lines and relieve pressure. This release of pressure from time to time prevents an uncontrolled gush of gas or oil to the surface.

Once the rig is set-up and a starter hole is completed five basis steps are performed to drill for oil.

Then the rig crew pumps concrete into the hole to form a casing and let it hardened. Finally when the casing hardened an explosion is set off at the pre-set depth to break the casing to allow oil to flow up the pipe. Finally, the crew connects a device called a “Christmas tree” to the top of tubing and cement to the top of the casing. The Christmas tree thems to control the flow of oil.

Despite all the dangers and expenses of drilling for oil, the demand for it is going to remain high for quite some time. The table below shows some of the reasons we need oil.