On February 25, 1570, Elizabeth I found herself excommunicated by the Pope. She was not the first Tudor monarch who this happened to; her father, Henry VIII, was also excommunicated after breaking away from the Catholic church so that he could divorce Catherine of Aragon and marry Anne Boleyn. While Elizabeth attempted to find a balance between the two forms of the Christian religion, the Pope at the time believed that she was persecuting the Catholic people in the country.

The Balance in the Early Years of Elizabeth I’s Reign

The balance between the Protestant and Catholic religions only occurred during the earlier years of the reign. Elizabeth I succeeded the throne from her half-sister, Mary, in 1558. Mary I is now well-known as Bloody Mary for the 300 Protestants that she had burned at the stake for heresy. Mary wanted the country to become Catholic again but the burning of the Protestants just strengthened the cause of the people against her.

Elizabeth I had been raised a Protestant when under the care of Katherine Parr. Historians believe that Katherine wanted the children to be raised in the way that their mothers would have wanted them to – and Anne Boleyn was a strong reformer. It also helped that Katherine was a supporter of the religious reformation.

Elizabeth did not want the constant threat of the Catholic people uprising against her, which was the reason for finding a balance. While the church services were in English and The Bible was created in the English language, there were still some Roman Catholic symbols in the churches. Elizabeth and her government even turned a blind eye to those who wished to celebrate mass, which had been outlawed, to help create the calm.

The Rise of Pope Pius V

Elizabeth I reigned during the death of two popes: Pope Paul IV and Pope Pius IV in 1559 and 1565 respectively. Both popes turned the blind eye to the actions of Elizabeth since she tried to find a balance between her beliefs and those of the Catholics; after all, Spain and France were happy with the way the Queen was handling the situation. However, Pope Pius V was more aggressive and wanted the English people to be under Rome’s rule once again.

At first there was no reason for Pius V to excommunicate her. Elizabeth I was peaceful in her nature and looked after her kingdom. She wanted the best for her people and sought mediation between the two religions – and the countries around her. She was a fair and just Queen. In 1568, Pius V gained the spark to the fire that he needed when England had to support the Dutch rebels against the Spanish. This would not have been enough without the second event in the same year – the arrival of Mary, Queen of Scots. 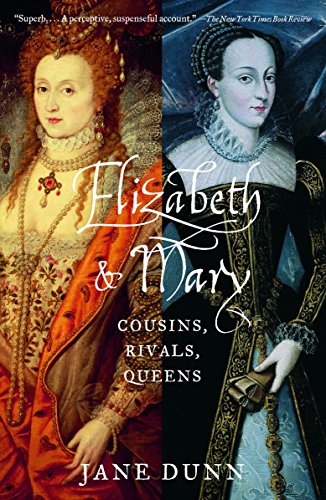 Elizabeth I Becomes a Heretic to the Catholic People

The excommunication led to the issue with Mary, Queen of Scots. She was not more of a danger as she was the next in line of the English throne – and a Catholic. In fact, she was the only true English heir since her son, James – who later became James I of England – was being raised a Protestant in Scotland. The excommunication of Elizabeth I led to the imprisonment, and later execution, of Mary, Queen of Scots.

Elizabeth and Mary were cousins. Mary was the descendant of Margaret Tudor, Henry VIII’s sister. She was forced to leave Scotland, leaving her sons, and seek the refuge of Elizabeth. The problem was that Mary was a Catholic and would become a major player in any plots to remove Elizabeth from the throne.

With the arrival of Mary, the English Catholics started to speak out. It started with the Rebellion of the Northern Earls a year after Mary’s arrival. They would celebrate mass and burn the English Bibles. Pope Pius V realised that the Catholic cause was not heading in the direction that he wanted and opted for excommunicating Elizabeth I in 1570. This would mean that she would not be legitimate in the eyes of the Catholics.

David Starkey's Documentary on Elizabeth I, Part I