Parasitic Plants: The Sideshow of the Botanical World

Being green, mostly with flowers and self sufficient are several of the most popular characteristics that we associate whenever we think of plants. Most of those are in fact typical of the plants that we have at home or in our gardens that we take so much care of. However, although the vast majority of plants behaves like that, even the popular carnivorous plants, there is a particular group of plants that behaves differently in some if not all respects. Some of them are not even green, do not photosynthesise, have no leaves or roots and they may even look anything but a plant. For sometime, for those reasons some of them have not been considered by scientist as plants at all. However, today, the picture is quite different and clearer and they all make a special group of strange but not less fascinating plants – parasitic plants. In fact, I find them the most fascinating plants. Today, about 4,300 species of parasitic plants have been recognized and distributed over 32 families. Hence, they are a small minority in the whole plant kingdom. From those species but one they are all flowering plants, thus belonging to the division Angiospermae, like most plant species. The remaining outcast is an islander, Parasitaxus usta, a very rare conifer woody shrub from New Caledonia, in the Pacific region. As you all imagine the name parasite or the adjective parasitic does not relate to something positive and surely is not something to be proud of. However, I hope you will change your mind about the use of those words when referring to the plant kingdom. Remember that is all our interpretation of nature and not the way nature sees and behaves itself. As I will show in this hub, parasitism between plants is quite different from the nasty and opportunistic parasite conception that we have from parasitic interactions between animals, including ourselves humans.

All parasitic plants, although quite diverse as any group can be, share one thing in common – they all have partners. Some have just one, others have several. But in all their partnership is for life. Yes, with parasitic plants is till death do us part. Most plants that we know assimilate carbon dioxide, CO2, from the atmosphere into complex organic molecules, process that we call photosynthesis, and acquire nutrients and water with their root system from the soil. In most cases they associate symbiotically with several bacteria or fungi to succeed better in absorbing those nutrients. However, there are other plants that are unable to photosynthesize or absorb those nutrients. At some point in time their ancestors lost those capacities. In order to survive in nature, they adapted and evolved ingenious and complex ways to thrive successfully as any other plant. Parasitic plants lack the capacity to assimilate sufficient carbon dioxide to sustain their growth, and in some cases they do not absorb any carbon dioxide from the atmosphere at all. All of them are unable to absorb nutrients and water from the soil to allow them to live and reproduce, although at some stages of their life some of them may have a limited self-sufficiency in this respect. These plants are parasitic and rely on a host plant or plants to provide them with the materials they cannot acquire from their environment. So, how do they get those nutrients, or everything, in some cases, from their hosts? Well, all parasitic plants develop a special structure called haustorium (plural haustoria) that is a modified root that attaches them to the stem or the root of their host plants. Haustorium comes from the Latin hario, meaning to drain, or to draw. This structure is very similar in function to the structure that parasitic fungi develop with their hosts in order to get their nutrients from the host. This way, parasitic plants get their mineral nutrition, water uptake, and or carbon supply through the haustorium by simply draining them from the host plant. The haustorium can vary in form and structure among parasitic plant species as well as on specialization in obtaining nutrients. That is the type of cells and the way that these connect to the host plant cells and tissues and the mechanisms used for the transfer of water and nutrients between the host and the parasite.

Some species of parasitic plants, for example Striga spp. (witchweed), Orobanche ramosa (hemp broomrape) and Cuscuta spp. (dodder) are economically important pests, as they can cause serious and large yield losses of crop plants, especially in African and Mediterranean countries. Others like sandalwood trees, Santalum sp., are economically very important due to their valuable and highly aromatic wood used in several ways. Mistletoes (Viscum) have some cultural and historical importance in some societies. A few other parasitic plants are occasionally cultivated for their attractive flowers, such as Australian Christmas tree and broomrape. And even fewer species of parasitic plants have occasionally been used as food by people (e.g. Cynomorium coccineum, the Maltese fungus). Ecologically, parasitic plants fill a fascinating niche in their exploitation of other plants to acquire scarcely available resources. Parasitic angiosperms are generally divided into holoparasites and hemiparasites. Holoparasites are invariably obligate parasites. That is, they totally depend on their hosts for the completion of their life cycle. They do not contain appreciable amounts of chlorophyll and lack the capacity to photosynthesize. Holoparasites also lack the capacity to assimilate inorganic nitrogen. On the other hand, hemiparasites may be either facultative or obligate parasites. That is they can in some circumstances complete their life cycle without a host. Hemiparasites contain chlorophyll and have some photosynthetic capacity, but they also depend on their host for the supply of water and nutrients. The distinction between holoparasites and hemiparasites is not sharp (e .g. Striga species are considered hemiparasites but they have very little chlorophyll and show only a very limited photosynthetic capacity). The name Striga is in fact quite curious and very well named. Striga comes from the Latin word for witch or hag, strix. In fact, the damage caused by these plants is when they are invisible, buried in the soil attached to the host roots affecting and mostly diminishing its growth with no visible cause to the farmer eyes, until it appears to flower. Thus, it is said Striga plants “bewitch” other plants. To have an idea of its “bewitching power”, a single Striga plant can produce as much as 500,000 seeds that can remain dormant in the soil for 10 years at least. And they “bewitch” a lot of different plant species. In addition, they have a very complex life cycle which further complicates their control as a noxious weed. Parasitic angiosperms are further subdivided into stem parasites, such as the holoparasitic Cuscuta (dodder) and the hemiparasitic Viscum (mistletoe), and root parasites, such as the holoparasitic family Orobanchaceae (broomrape) and the hemiparasitic genus Striga (witchweed). This means that they either attach themselves to the stem or to the root of their hosts.

Parasitic plants also come in all shapes and colours. They may be small and hardly noticeable herbaceous species (e.g., Rhinantus sclerotinus (yellow rattle) and Melampyrum pratense (cow-wheat)) or large trees (e.g., Nuytsia foribunda (Australian Christmas tree), Exocarpus cupressiformis (cherry ballart), also from Australia, and some species of sandalwood, Santalum). Some parasitic plants are highly host-specific, that is they only survive attached to one single plant host species, whereas others parasitize a wide range of species, e.g. witchweed. They can be also annual, biannual or perennial plants. But, perhaps the ultimate parasite as a plant, I mean the most specialized ones that probably reached a sort of parasitic heaven, are the species belonging to genus Rafflesia, of which its most famous example is Rafflesia arnoldii. You may know Rafflesia arnoldii by its famous gigantic flower, the biggest in the world that can grow up to 1 m in diameter and weigh as much as 10 kg. Well, the most intriguing thing is that if it wasn't for their flower probably we would never see these plants as they exist only inside their host, tropical vines of the genus Tetrastigma. Except when they are an embryo, all Rafflesia plants live inside their host’s body as a thread of tissue making themselves visible only when they flower. However, as of today, the way that seeds germinate and find their host vines is still a mystery.

About 400 species of flowering parasitic plants and one gymnosperm, referred before, Parasitaxus usta, are parasitic on mycorrhizal fungi. That is, their host is a mycorrhizal fungus not a plant. For that, they are termed myco-heterotrophs rather than parasitic plants. In fact they make what we typically call a love triangle, being the parasitic plant the one that gets in the way of the symbiotic marriage between the mycorrhizal fungus and the host plant. Some of these myco-heterotrophs, the “ones” in the middle, are among the rarest and less known and mysterious plants: Indian pipe (Monotropa uniflora), snow plant (Sarcodes sanguinea), Australian underground orchids (Rhizanthella spp), bird's nest orchid (Neottia nidus-avis) and sugarstick (Allotropa virgata). They all have very complex life cycles which involve not only their complex marriages but also complicate relations with pollinators and seed dispersers that they rely on in order to thrive in this beautiful natural world that we all live in. 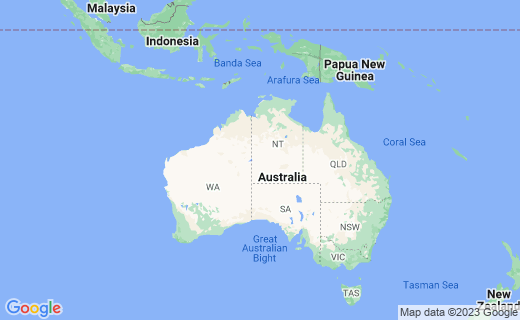