Persepolis, Architecture Of A Lifetime

Chosen as a ceremonial Capital around 545 BC by King Cyrus the Great, Persepolis became the Mecca of Pre Hellenic delusions of grandeur. In 515 BC Cyrus the Great consolidated the power of the Persian Empire by defeating the Median and Lydian empires. He expanded the Achaemenic empire, organized a highly efficient administrative system that kept the empire together even after his death. Built strategically against a rugged mountain, Persepolis used black milestone, similar to marble, excavated and brought from quarries, 30 miles away from the site.

Son Xerxes the Great (Khashayar) finished the Apadana and Treasure buildings which was initiated by his father (Darius). Structural remains still can be seen today with amazement. Located on the Fars province in modern Iran, Persepolis pave the way for portentous buildings and hydraulics engineering. Architecture was never overlooked by Greece.

The richly decorated columns and symetrical stairways, made us wonder, where did they get this knowledge that would make any actual architect, feel short of logical explanation? Combining beauty and Magnificency, Achaemenid architects and structural designers made sure to meet their Persian monarchs needs.

A little of History

King Xerxes ordered the destruction of Athens when a second median war started (479 BC). Greeks themselves referred to those wars as the "Median affair". On 330 BC, Macedonian Alexander the Great, came to the gates of Persepolis and ordered its looting and eventual extermination.

Alexander was educated by Aristotle and knew of the Thermopylae defeat. When asked why he destroyed Persepolis, his answers was "The most hated city, that dared to hit the Occident, deserved to be annihilated."

The movie '300' recreates the deeds of King Leonidas from Sparta, trying to drive away the Persian outrageous attack. On the Movie 'Alexander,' we can see the massacre at Persepolis, after a night of sensuous encounters between the Macedonians and local beauties incited by an Attic woman by the name of Thais. 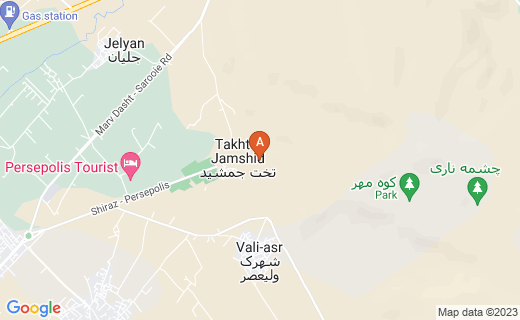 Is ironical to know that they teach us more about the Parthenon than the Apadana palace. Greeks took or inherited so many well known construction designs, and even beliefs and deites. Started by King Darius, the Apadana was used for official audiences.

Today we have a Congress and a City Hall, In Persian times there was a centralized power, that was passed down to western civilizations from Babylon to Greece and even Rome. This impressive Hall was completed by son Xerxes I, by 485 BC.

Shaped like a big square, each side 240 feet long with seventy-two columns, thirteen of which still stand on the enormous platform. What we wanted to know aside from contextual facts, is how they came out with this advanced knowledge? Our research takes back, to forgotten Civilizations that go beyond Ur from Sumeria. Columns supported the heaviest ceilings ever built,that stood strong. Golden tablets unearthed from under the plinths of the palace columns give its date of construction around 515 BC.

Ziggurats from Sumerians, were a good example of portentous constructions that gave builders hands on tools to attempt bigger feats. Our masons and Church builders were aware of this amazing architectural and structural knowledge. What really streaks our minds is that Persian engineers knew of weight balance; for instance the columns were joined to each other with the help of oak and cedar beams. The Apadana walls were layered with mud and stucco with a thickness of 2.5 inches.

Tiles, central gardens and hallways, made us think of a full and well conceived knowledge of architectural design. Lions, bulls, Zoroastrian day to day motifs, and flowers decorated the main walls and even along the symmetrical stairways that were constructed on the east and north side of the building to compensate differences in level.

Also known as the Imperial Army's Hall of honour, or "Hundred-Columns Palace. This 70x70 square meter hall was started by Darius son, Xerxes, around 478 BC and completed by his own son Artaxerxes I by the end of the fifth century BC.

This Gigantic Hall was the equivalent to our Pentagon, and was the place where fallen cities and minor empires came to meet their conquerors. Army and throne scenes, along with the King's encounter with mythical monsters made this Hall keep Alexander's men in awe.

Colossal stone bulls flank the northern portico. One of the remaining bull Persian heads is now held at the Oriental Institute in Chicago. Is goo to know that the stairways of Persepolis are another reflection of the majesty and splendor of Achaemenid architecture.

The Gate of All Nations

Following the square models of the Apadana and the Throne Hall, this building was the equivalent to our United Nations in Manhattan. By nations, Persians referred to subjects of the empire.

The columned structure consisted of a grand hall that was a square of approximately 25 meters (82 feet) in length.The western entrance show with all its might, two famous Lamassus or bulls with bearded head . Why the reason of these representations? Have you ever wonder why we see two lions in some of our Judiciary buildings?

Somehow, if you go back in time and put yourself in a Zoroastrian Priest point of view, there is no other way, but follow the concepts and designs of the times. The strength and well conceived Lamassus gave the visitors an air of power and infinite compliance... and certain intrinsic respect.

The meaning in old Persian is wintry home. The palace is made of gray stone that was obtained from nearby quarrels. The Whole ruins are built on the side of a mountain slope and we believe that this was concieved in order to be ready for unexpected attacks from foreign foes.

Tachara was built by Darius I but only a small portion of the palace was finished under his rule, and it was completed after his death in 486 by his son and successor Xerxes the Great, who called the house a Taçara or, winter palace. Its ruins are immediately south of the Apadana. Artaxerxes made sure to finish the Hall before 460 BC.

This would be a mini Camp David if we make comparisons. It stands back to back to the Apadana and is oriented southward. The Tachara's function, however, was more ceremonial than residential. Upon completion, it served in conjunction with the earlier south oriented entrance stairs as the Nowrouz celebration (The balance of the universe) venue until the other buildings that would comprise Persepolis could be finished. Time, looting and disdain left almost nothing to our imagination, but whatever we could think of, left us still wondering of the advanced knowledge in structural resistance. Ancient designs in guttering kept rain and bad weather at bay.

The End of the Persian Empire

Alexander the Great stormed Persepolis in 330 BC. According to scholars, he let his men destroy the City after a night of drinking and partying. Thais, and Attic or Athenian prostitute, incited the Macedonians to take justice in their own hands.

What started as a casual fire on the eastern gate of Xerxes Hall, became the initial spark that set Persepolis ablaze. There was a grudge about this city held for 160 year; The Acropolis from Athens was burnt down to ashes by the Persians, and this time Alexander knew that once he reached the gates of this ceremonial city, revenge will take its normal course.

Some historian believed that a unique transculturization took place from that day forward. Persepolis went down into history like another cyclical casualty... from times gone.

Was this hub interesting?