Have you ever had your spark plug wires chewed in half by mice?

Not once, but on four separate occasions within about six weeks during the winter of 2009. I replaced my spark plugs wires four times! Some might assume that I'm talking about some occasional driver that sits parked up 9 months out of the year in a musky garage or something. That is not the case. This was my 2004 daily driver.

The first time it happened I had no idea what was wrong with my car. I went out, started it up and it ran horribly. Since the car was still under warranty, I had a wrecker tow it to the dealership. To my horror, they called to tell me that I had been the victim of a hungry rodent. I was so embarrassed. A field mouse had eaten through two of the four wires. A friend met me at the dealership to follow me and we went down the road and fixed it ourselves. I wasn't paying the dealership to fix that.

Little did I know that 10 days later that set was chewed through as well. This time I knew exactly what it was when my car started up sounding rather rough. I opened the hood to confirm my suspicion. I got another set of wires and replaced them again.

Both times this situation caused me to be late to work. I took in the chewed up wires to show my boss and others. Some of them doubted that it was even possible.

I begin to research ways I might be able to keep the mice from doing it again. I live on 27 acres and my car is parked in a carport. There was really no effective way to throw out poison because of the two dogs from next door that wander around on my property. I wondered if I could apply something to my spark-plug wires that would make mice leave them alone. Some suggested hot sauce, jalapeno juice, Vaseline, etc. Some mentioned wrapping the wires with aluminum foil. I wasn't sure if any of these were a good idea with my car still under warranty. I didn't want something to catch on fire, or have some type of reaction with the rubber, etc. I wanted to find some other option.

After replacing my wires for the fourth time, a friend's husband suggested I purchase a product used by race car drivers that they put on their spark plug wires to keep them from melting in the extreme heat situations in their cars. Off I went to the auto store to ask for such a product. I had no idea what to call it, but I explained my situation. The gentleman at the first auto store laughed at me and told me he had no idea what would help that situation and mentioned setting traps. I left there. The next auto store was much more helpful. The clerk took me to a wall of racing products to see if we could find something that would work. I finally find a length of material that is heat resistant that looked mesh-like enough and coarse enough that I though I might be able to put it around each wire and the mice wouldn't be able to easily chew through them. Seems like the product cost me about $16. Sure beat the cost of another set of spark plug wires!

I went home and first had to cut the material down the entire length since it was too narrow to fit over the end caps on the spark plug wires. I then cut the piece to fit each wire since some wires are shorter than the others. Then, carefully and meticulously, one by one, I sewed little sleeves to cover each wire. I put the wires back on my car and (knock on wood) I haven't had a mouse chew through it since then. 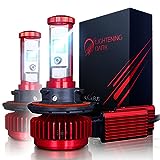 Mice and the House

We did experience a mouse problem in our house this past winter as well. Having no indoor pets (we trained Pooter and Gilbert, our goldfish to stay in their tank) we were able to put out traps, poison packets, and poison blocks. It took time, but we did eventually get rid of them.

One thing you need to know about the poisons, if your dog ingests the rat poison, give him a cap full of peroxide to induce vomitting. I learned that recently and wrote a hub about it.

It was reported in our local media that this year that this was the worst year they've seen in 20 years for rodent infestation. Some theorize that we'll see a rise in the snake population this next year. Yike's I hope not!

Question: Where should I place my mouse trap?

Answer: Place traps perpendicular to the wall since that is their normal path. This requires them to step through the trap if they want to continue scurrying through along the wall. They have been known to jump them though. Sometimes two traps along the same path work well. For Rats, experts recommend that you leave an unset trap out for a few days before baiting it and setting it so that the rat gets used to. Mice are evidently more curious than rats.

Question: What do you do if the bait is gone, but the trap didn't go off?

Answer: Try using a smaller amount of bait and push it into the holding spot better. You want them to have to work to get it off. I remember when I was a child, my dad would take thread and wrap it around the cheese to hold it on better. The sting also causes them to tug at the trap often setting it off.

Question: What is the most common mistake people make in trying to treat a rodent problem?

Answer: Usually people stop before all the mice are eliminated and the remaining mice continue to breed and multiply. Don't underestimate the number of mice. As long as you're still seeing droppings, see one scurry out of the corner of your eye, or you hear them gnawing or scratching, you've still got a problem.

Question: How can you free a pet's paw from a glue trap?

Answer: Vegetable oil will dissolve the glue. Coat the area and it should dissolve. Rinse with mild soap and warm water.

This Is the Best Indoor Mousetrap I've Found!