If you are lucky enough to visit Egypt and stroll around the magnificent mortuary temple of Pharaoh Ramesses III, now known as Medinet Habu, you will probably marvel at the wealth and power of the Egyptian rulers.

But the truth is that Ramesses III was to be the last truly mighty king of the New Kingdom and he was to spend much of his reign repelling invaders from Egypt’s borders.

The Egyptian Empire was also in economic decline at this time, which caused unrest among the people and they were suffering from shortages of food and other basic commodities.

This slump in prosperity even led to the very first general strike recorded in history when the workmen in the village of Deir el-Medina, who dug and decorated the royal tombs in the Valley of the Kings and built the mortuary temples on the West Bank, downed tools in protest at not having been paid in year 29 of Ramesses III’s reign.

These rumblings of unrest and dissatisfaction were even to lead to trouble and rebellion in the most secret, private part of the royal palace, the Royal Harem. You would think that a powerful ruler would be safe and protected in the sanctuary of his own royal apartments.

But as Ramesses III was to discover, even the people who were closest to you and you should be able to trust can turn against you; plotting to take your life as they are seeking power and trying to secure a more prestigious, glittering future for their children.

Ramesses III was the son of the first ruler of the 20th dynasty Pharaoh Setnakht and his wife Queen Tiy-merenese. He had a great admiration for his illustrious ancestor Ramesses the Great and copied him in many ways.

He had several wives, as was customary for Egyptian pharaohs, including ladies called Isis, Tyti and Tiye who bore him many children including the future kings Ramesses IV, Ramesses V, and Ramesses VI.

He named many of his sons after the male children of Ramesses the Great but, as he enjoyed a long reign of 31 years and 41 days according to the Great Harris Papyrus, some of these princes sadly predeceased their father and were buried in rock-cut tombs in the Valley of the Queens.

Although children are supposed to be our greatest blessing in life, it was having many sons that was to prove to be Ramesses III’s downfall.

For the Harem Plot was fomented by one of Ramesses’s own wives, Queen Tiye, who wanted her son Prince Pentawere to ascend the throne of Egypt rather than his father’s presumed heir the future Pharaoh Ramesses IV, a son of rival Queen Tyti.

The fact the king had not taken one of his spouses as the Great Royal Wife or named one of his sons an official heir after the death of two of his other crown prince’s, probably created an atmosphere of uncertainty and ratcheted up the tension in the royal harem.

It was an ambitious plan that was hatched, as not only was the Pharaoh to be killed and replaced by Prince Pentawere, but riots and civil disobedience were going to stirred up outside the palace among the general population to further the prince’s cause.

Inside the palace itself at least forty court officials and harem ladies were drawn into the plot, many of whom were close to the king, making it a very personal betrayal.

There were royal cupbearers, scribes from the House of Life, army officers and even magicians involved, with one of the palace chamberlains Pebekamun being used to recruit more rebels to the cause.

We know the plot was ultimately discovered and foiled due to a series of remarkable papyri called the Judicial Papyrus of Turin, Papyrus Lee and Papyrus Rollin which have recorded details of the conspiracy, a list of all the plotters, their trials and what punishments they received.

Crucially it does not say whether or not the conspirators were successful in killing the pharaoh. The plan was to murder the king at Medinet Habu during celebrations held for the Opet Festival in 1155 BC, which was year 32 of his reign.

But even if Ramesses was not killed by the plotters, he did die very shortly afterwards. So is there any evidence that the king was murdered or mortally injured during the attack on him?

It might seem surprising to our modern minds, but the plotters did not just rely on physical violence to murder the pharaoh as they planned to work with supernatural forces to kill their ruler, hence the magicians recruited into the Harem Conspiracy.

A powerful book of magic was stolen from the palace library and the plotters used this arcane knowledge to create magical wax figurines that would render the limbs of the king’s personal bodyguard useless and waxen gods that were to overcome the supernatural protection surrounding him.

Although regicide is still regarded as a horrific crime today, it is important to realise the enormity of ordinary citizens murdering an Egyptian pharaoh. Ramesses III would have been regarded by his people as the living manifestation of the gods, whose sacrifices and religious rituals maintained Maat (or balance) and prosperity throughout the country.

So to kill him risked angering the gods and raised the possibility of disrupting the abundance of the land; the wealth, prestige and stability that was the Egyptian Empire.

Whether the plotters were successful in killing the king outright or wounding him so he died some time later is something Egyptologists have been trying to discover for decades since his mummy was discovered in the royal cache at Deir el-Bahri in 1881.

There were no obvious signs of violence on his body; so many experts believed he may have been poisoned. So it was decided that an extensive study of the mummy would be undertaken using modern techniques such as CT scans by Dr Albert Zink and his team from the Institute of Mummies at the European Academy of Bolzano in Italy.

The scans revealed that King Ramesses had a previously undetected wide wound across his throat that had probably been inflicted by a knife with a sharp blade.

The attack had been so savage that the blade had severed the trachea, the oesophagus and most of the major blood vessels in the pharaoh’s neck which would have almost certainly killed him instantly.

The neck of the pharaoh had been concealed with layers of thick linen by the ancient embalmers who had also placed an amulet with the eye of Horus for healing in the afterlife into the wound.

So although the ancient texts did not give definitive evidence of the plotter’s success, modern science had now proved it is very likely Ramesses III was viciously murdered in his own palace in a conspiracy engineered by members of his family and entourage.

However, they did not have long to celebrate their victory as they were rounded up, imprisoned, tried and then very harshly punished.

Some of the main conspirators, including the butler Pebes, were condemned to take their own lives with poison, some were executed and other plotters were mutilated by having their ears and noses hacked off.

Those who were executed were burned to death, which was a very cruel punishment for an Ancient Egyptian as they believed they needed a well preserved body to enter and enjoy the afterlife.

Their ashes would have been scattered to the winds and their names erased, condemning them to wander in the darkness for eternity. Even those who were not directly involved but had known about the Harem Conspiracy and not raised the alarm were punished along with their wives and children.

The fate of Queen Tiye, the instigator of the plot, is not recorded although it is likely both she and her son Prince Pentawere were condemned to commit suicide.

The fate of the young prince has been linked with another mummy found in the Deir el-Bahri royal cache; one of the strangest mummies ever found in Egypt. When the cache was being hurriedly excavated and removed for safety to Cairo, the Egyptologists came across a plain wooden coffin that had no inscriptions or dockets to identify the occupant.

When they opened the lid they were astounded to see the preserved face of a young man who appeared to be screaming in agony. As they had no name for the shocking mummy, he became known as ‘Unknown Man E’ or ‘the Screaming Man’.

It was not only the agonised expression on the face that was disturbing about this burial; the body had not been mummified in the manner expected of a body important enough to have been placed in a royal cache containing some of the greatest pharaohs Egypt had ever known.

For a start the internal organs appeared not to have been removed, the hands and feet had been tightly bound, the body was not wrapped in fine linen and there were no protective amulets or funerary jewelry placed on it.

Most shockingly the corpse was found to be wrapped in a sheepskin, which was thought to be ritually impure by the Ancient Egyptians. Some experts theorised the young man had been buried alive, while others believed he had been poisoned.

However, the expression on his face is now thought to have been caused by the fact that mummy’s heads naturally fall back after death and their mouths fall open.

When Dr Albert Zink’s team subjected the body to CT scans, x-rays and facial reconstruction they found the strange mummy was indeed that of a young man aged between 18 and 20.

They also discovered that rather than having committed suicide or having been buried alive he probably met a violent death as the body had an inflated thorax and there was evidence of strangulation on the skin of his neck.

Also that he had been eviscerated in the usual way and some attempts at preservation had taken place as resin had been forced down the throat. Recent DNA analysis has also shown ‘Unknown Man E’ and Pharaoh Ramesses III shared the same parental lineage.

However, due to the lack of identifying inscriptions it might never be proved without doubt that it is the mummy of the unfortunate Prince Pentawere rather than the body of one of his many brothers or half-brothers. 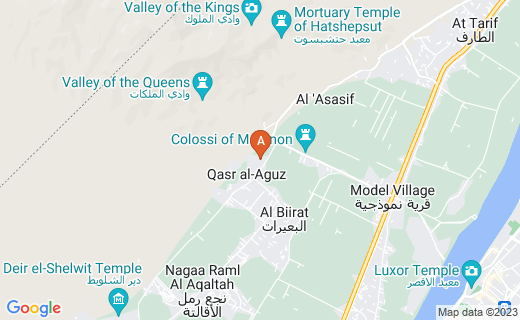 So despite being the ruler of a huge empire and surrounded by bodyguards, it now seems certain that Pharaoh Ramesses III was killed in the Harem Conspiracy.

But the conspirators ultimately still failed as many of them lost their own lives as a consequence and their preferred candidate never got to sit on the throne of Egypt.

Although another eight pharaohs named Ramesses were to reign in succession until the death of Ramesses XI saw the end of the 20th dynasty, the country continued to slip further into decline and economic turmoil.

The once glittering New Kingdom was over. But perhaps the most tragic victim of the plot was young Prince Pentawere, who not only had his chance for a long and active life taken from him but was also damned after his death to never enter the afterlife to enjoy eternity.