Pink Lakes Around the World

How Do Lakes Turn Pink?

There are many large bodies of water that have a surprising characteristic: the water is a shocking shade of pink! This phenomenon is not due to chemical contamination or pollution. A natural reaction between a certain type of bacteria and algae are responsible for the rose tinted water.

All of the pink lakes around the globe have a common denominator. An extremely high salt content is present in all of the lakes. The extremely salty water allows for three different biological entities that turn the water pink:

The algae, archaea, and bacteria exist in extremely salty environments. If the salinity in their environment decreases, Halophilic archaea, Dunaliella and Salinobacter all perish. Since all require salt to survive, they are termed halophiles (literally, "salt-lovers").

The algae tints the water with β-carotene, an anti-oxidant that gives carrots an orange color. It uses the caretenoid pigments as protection from strong light. Orange patches may appear in the water where high concentrations of Dunaliella exist.

The primary cause behind the vast majority of pink lakes is a single celled organism called Halophilic Archaea. These single-celled organisms have no cell nucleus and no cellular organelles, and are distinct from bacteria. These archaea will not grow in salt concentrations less than 20%, so only very salty bodies of water will support the archaea and develop the pink coloration. 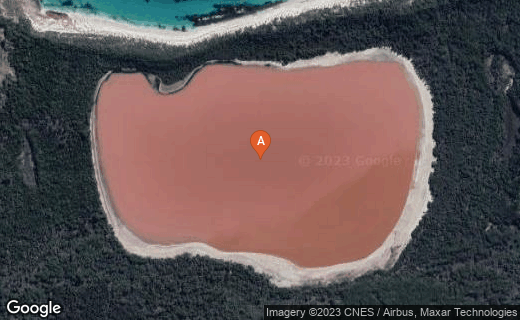 While the vast majority of pink lakes occur because of algal growth in a salty body of water, the pink color of Lake Hillier's water remains unexplained. Algae may be responsible for the pink color, though the presence of red halophilic archaea probably contribute to the rosy hue.

Located in a strand of islands called the Recherche Archipelago in Western Australia, the lake has a startling pink color and is often a surprising geographical landmark observed by airline passengers. The lake is located on Middle Island, and is separated from the Southern Ocean by a strip of sand. Evaporation has caused the lake to have a very high concentration of salt, and the entire lake is rimmed in a salty crust.

The lake was mined for salt in the early part of the 20th century, but the practice has been abandoned and the lake is now considered one of Australia's natural wonders.

Another salty lake in Western Australia, Hutt Lagoon is separated from the Indian Ocean by a narrow strip of land. The lagoon is at a lower elevation than sea level, which allows salt from the nearby ocean to continually seep into the lake.

The lake is largely evaporated in the summer, and exists as a salt flat during the hot months of the year. The lake is filled during the rainy winter season, and obtains its pink color due to the presence of archaea and algae. The lake is only about 3 feet deep, but is 8.6 miles long and 1.4 miles wide during the wet season.

A combination of brine prawn, algae, and halophilic bacteria give Pink Lake its color. The lake is not constantly pink, but varies in color by the season. As the salinity increases, the lake appears pink in color. If the salinity decreases (as in the wet season), the lake may appear less pink.

Solar ponds exist on the eastern end of the lake, where salt is harvested for use as table salt and as water softeners. The best view of the lake is from the Pink Lake Lookout, located on Pink Lake Road in Esperance. Use a polarizer or a lens from a pair of sunglasses over a camera lens to obtain the best pictures of the pink water. 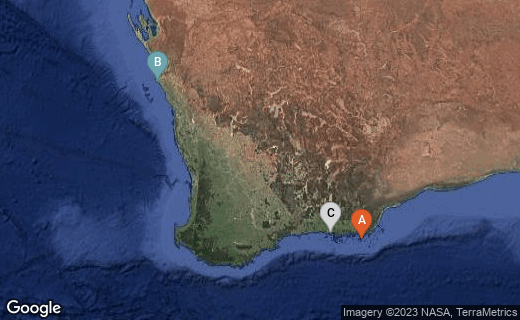 A pink lake located on Middle Island in Western Australia.

Located north of the mouth of the Hutt River, Hutt Lagoon has rose colored water.

Brine prawn, algae, and bacteria give Pink Lake it's amazing color. The color changes according to the season, and the lake is not always pink.

Located in Senegal, Lake Retba, or Lac Rose, is known for its amazing pink color. Like all of the other pink lakes, Lac Rose has an extremely high level of salt in its water. The lake is mined for salt, and local salt collectors must rub their bodies in Shea butter prior to spending 6-7 hours in the harsh, salty environment.

As with the other salty lakes, Retba is shallow. The maximum depth of the lake is only 3 meters, or about 10 feet deep. The lake has an area of a square mile, and is located about 22 miles from Senegal's capital city of Dakar.

Lake Magadi is an alkaline saline lake. The lake contains high concentrations of sodium carbonate and sodium sesquicarbonate. The lake is surrounded by massive salt flats, and flamingos flock to its waters because the salt flats create a natural barrier to predatory animals. The precipitated salt is sometimes 130 feet deep!

The lake used to be a freshwater lake, but volcanic sediments and evaporation have increased the salinity and alkalinity of the lake over the past few thousand years. In addition, saline hot springs continually feed the lake with alkaline, hot water. The hot springs in the area produce water as hot as 187°F (86°C).

The lake is now mined by the Magadi Soda Factory, which produces soda ash (washing soda) from the water. 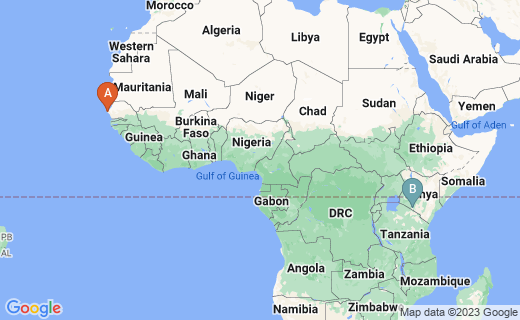 Lac Rose, or Lake Retba, is a pink lake. Salt is mined by the local population.

The salt flats in California's desert also sport a pink color. Owen's lake has very little water, and only a thin layer of brine covers the salty ground. Solar evaporation ponds that once belonged to the Pittsburgh Plate Glass soda ash factory still exist in the area, and are sometimes brilliant red in color. The lake bed is located along Highway 395, just south of Lone Pine.

East of Fallon, Nevada are more salt flats. These salt flats are along Highway 50 and are a bright pink color.

Torrevieja, located in Alicante, Spain, has two large salt lakes. The "salinas" have been a major producer of salt for Europe since the 19th century, when Swedish and Dutch ships exported the salt to foreign markets. The salt industry is still beneficial to the local population, and a Museum of Sea and Salt is open to educate tourists on the industry.

Torrevieja is now a national park. The two salt lagoons are separated by a small strip of land called the Chaparral. Two channels have been dug to allow the lagoons to communicate with the sea: this forms the basis for the local salt mining operation.

Located in British Columbia, Dusty Rose Lake is in Tweedsmuir Park, north of Bella Coola. The lake can be accessed by hiking and climbing Thunder Mountain. The water is a muted pink color, and is striking against the natural green mountainside flora. 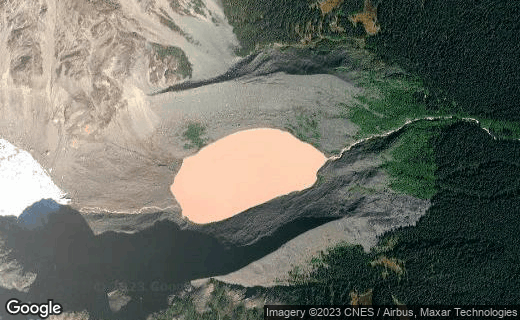 Masazirgol, or Masazir lake, is located near Baku, Azerbaijan. The lake is filled with sulphates and has a high level of salinity. A salt mining operation was added to the lake in 2010. The lake is approximately 6.2 square miles in area, and can produce up to 1,735 million tons of salt. 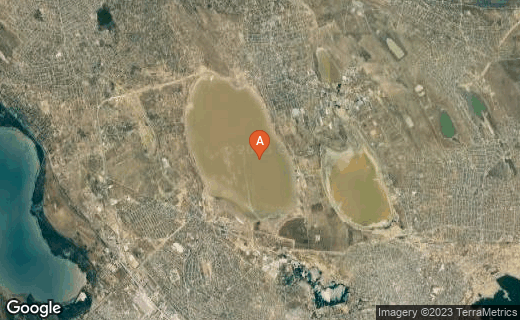