Center Of The Milky Way

Life as we know it to be on earth today initially could not exist, if it were not for a series of events and with the probability of those events evolving on an occurring basis, the chances as well as probability of these events from becoming realistic would certainly be nil to none.

It is amazing to fathom its very creation, let alone wonder was there really a master builder or creator, who made this all happen in the first place? It does not seem possible, if we take into account all of the many species of plant, animal and bird life that we find here on planet earth. And to add vast oceans where many depths within them have not even been explored by man. However we know that there is some logical reasons for the earth harboring a vast variety of life.

Whether those life forms had been born life from what scientists call the "Big Bang Theory" or from just the right mixture of chemical ingredients and building blocks, such as DNA being at the right place, at the right time. Whatever the reason be for earth and the human existence that is prevalent on its surface, there are still many answers and theories behind its beginning.

Perhaps most or a few are the correct answers, and on the other hand maybe scientists are wrong about how the earth came about in the first place. The same could apply for the extinction of the great dinosaurs that roamed the cretaceous and Jurassic periods billions of years ago. Perhaps during that time period a tremendous asteroid or meteor did enter the earths atmosphere and destroy all of these creatures for a good reason.

And on the other hand, there may be other ideas, other theories that we could only take a second guess at and go on and on about. The main thing is that we are fortunate to be here, because of a fortunate set of circumstances happening at a precise moment in time.

Earth's place within the solar system and milky way galaxy and to add-its peculiar and small satellite, that we call the moon. Make this place we call home a paradise meant to be. But did it all come about once again by chance? Earth also has a rotational tilt, with a set rotational speed that keeps it spinning constantly on its axis.

Not to mention a magnetic field and atmosphere serve multiple roles; serving as a double shield protecting it from meteors and the suns radiation to name but a few. In addition there are an abundance of natural cycles on the earth that also cleanse and constantly replenish the earth's water and air supply.

So in all, when you think of each of these factors that play an important part in accounting for the earth's very existence. You may want to ask yourself this question again...'Are the features found on Earth, a product resulting from blind chance, or are they one that are those of a purposeful design?'

Planet Earth, in our own Solar system, is located in an ideal area of the Milky Way Galaxy. The milky way galaxy is also centered near the constellation Sagittarius, what is more commonly referred to as the teapot to amateur and professional astronomers alike. Our solar system is not too close, or too far from the Milky Ways center. This is what is called the "habitable zone", and what scientists refer to when looking for other planets, circling other stars within different galaxies.

Just the right concentrations of chemical elements are found within the habitable zone. Important elements that are essential in supporting life as we know it. Further away from the habitable zone, these elements become scarce, and because of this the chances of coming in contact with lethal radiation is greater.

It is almost unimaginable to believe that the earth is also situated a comfortable ninety-three million miles from its yellow G2 class star-the sun. If the earth were a million miles closer or one million miles further from the sun, we would either freeze to death, or life on its surface would not be able to survive here, because of extreme variation in temperatures. The sun, in turn is a solar powerhouse, being the perfect size and emitting the right amount of energy all at the right time, for life on earth to thrive.

Many satellites or moons that are found orbiting, other planets in our solar system are certainly fascinating. Take Saturn's moon Titan for example, it has been found to have below its frozen surface a liquid ocean, similar to what we have here on earth. And the planet Jupiter, its moon Io, has active volcanoes on its surface, that spew volcanic ash high above its atomosphere.

Mind boggling to say the least. However our own moon is also unique in its own righ, in the sense that it is unusually large in relation to the earth. And it seems unlikely that this could be by coincidence. The moon as we know it, is the principal reason that we have ocean tides, which as a result play an important ecological role.The moon also contributes to the earth revolving on a nearly perfect spin balance as previously touched upon earlier in the article.

Without the moon in its current orbit or position, the earth would act like a spinning top...wobbling all about in space. To add, tidal and climatic changes would cause disastrous effects. And without the earth being tilted at exactly 23.4 degrees, the four seasons that we know and enjoy here on earth thoughout the year, would cease to exist. Hard to believe, but true. As a result of this perfect tilt of the earth, we all continue to enjoy a moderate range of temperatures and an annual cycle of seasons.

Earth's magnetic field and a custom-made protective atmosphere, are unique features of design that still is not fully understood by scientists today. At the center of the earth's core, is a molten iron ball, that is continues to revolve around its core. This spinning ball of molten iron, if you will, gives earth a powerful magnetic field, which in turn reaches a great distance into space.

This magnetic shield protects life on earth from the deadly rays or forces radiating from the sun. Such as the ful blownl intensity of cosmic radiation for example. The sun also produces a continual stream of solar flares, energized particles and extreme solar winds. All of these elements alone can produce enough energy to equal billions of hydrogen bombs and explosions of the outer layer, or corona of the sun. Without Earth's magnetic field, we would certainly be extinguished like that of a candle on a windy night.

The colorful displays that we do see near the earths magnetic poles are better known to be the aurora borealis, or The Northern Lights. These are the often intense solar flares that are emitted from the suns outer surface or corona. These often colorful and sudden eruptions of light may appear to be beautiful, but if it were not for the earth's magnetic field, these colorful flares of light; would certainly engulf the earth, with a dosage of lethal cosmic radiation as briefly mentioned.

Earths atmosphere along with its magnetic field without second thought does the perfect job in protecting the surface from small bits of debris. Debris in the form of small meteorites, or those of larger boulders and even asteroids, from making contact with the surface. The majority of the larger meteorites and/or boulders, do burn up in the upper layers high above the earths surface - thanks to its unique design.

The earth's atmosphere is also special in the sense that it contains an abundance of oxygen, that we as humans could not survive without. However it also gives us some additional protection, in the way of having another layer within it called the stratosphere. The stratosphere is where we find the form of oxygen called ozone.

Essential to all forms of life on earth is part of the atmosphere called the Ozone, mentioned in the preceding paragraph. The Ozone layer helps protect many different forms of life here, Including the plankton that rely upon, to produce much of the oxygen that we humans need to survive on. The ozone layer also absorbs approximately ninety-nine percent of harmful ultraviolet radiation radiation that seeps through its layer. Not to mention the stratospheric layer, adjusts to the changing, or rising amount of UV light coming through the ozone, rather than being a fixed or constant amount that is always present.

So as one can surely see, by prior evidence and facts presented about our home planet. That it is hard to imagine that the earth in its special location within the Milky Way came about by mere circumstance. The odds are certainly slim, and could be compared to that of...trying to find a needle in a haystack scenario.

Also when you think about the many different mammals that inhabit its surface waters in the way of enormous oceans, like the Blue Whale, which is the largest mammal on the earth. Or even the next largest beast in the oceans, the Sperm Whale, that is able to dive to tremendous ocean depths because of a specialized lung system. All of these capabilities are without a doubt amazing and should be given credit to no other than a supreme designer who made this all happen.

Take yet another example of life, given the hummingbird's unique design, also one of the smallest birds on earth, able to suspend itself in flight, move in a backward motion, as well as forward. Doing all of this with wings beating at over two-hundred beats per second.

It does certainly appear to be almost too good to be true does it not? and hard to imagine that all of this and more came about by chance. Yes definitely too good in a believable way, that there was not a creator responsible for making this all happen, like some believe, or others who do not believe in a creation theory at all. You in the end decide for yourself.

One thing is for certain, if there are other forms of life within galaxies located in other regions of the universe, millions of light years from our own milky way. Solar systems revolving around independent stars like our own sun, one can be certain that the chances of them having a unique address on prime real estate like planet earth's would be very remote. Just as remote as mentioned earlier-of trying to find that needle in the haystack! 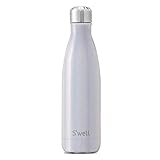