Plato's Allegory of the Cave: A Summary

Jade is a graduate of Aberdeen University in Philosophy, Anthropology and Teaching.

Video of this article

What is the role of Plato’s Allegory of the Cave?

There are many possible and widely accepted understandings of the allegory of the cave. This allegory is found in Plato’s Republic which acts to set out and describe an ideal and just world. It is within the core idea’s of the Republic as a whole that the allegory must be understood. The most widely accepted views are that the allegory attempts to describe: a philosopher’s assent to knowledge, a religious enlightenment, an examination of politics, or the cave as a representation of ourselves. Each idea has objections yet all remain valid explanations of the role of the cave allegory.

The Allegory of the Cave, in essence, describes the human condition in one way or another. People, equal to ourselves, are imprisoned from birth and held in place only able to face the back wall of a cave and so living in relative darkness to the true world beyond. This wall shows shadows of the world outside, where there is a fire and in front of this fire is most commonly puppets and people carrying objects. The prisoners can only see the shadows of these figures and play games based on these, believing these shadows to be reality. One of these prisoners is dragged from the cave into the light, causing pain to his eyes and must climb a difficult and steep incline until he can truly see the sun. Once learning of the true reality beyond the cave the freed prisoner is compelled to return to save the others. They, however, do not believe him and attack him and his claims.

Within the Republic there are two more images closely connected to the allegory of the cave; the analogy of the sun and the divided line. Both of these follow Plato argument that knowledge is in itself a power, that of what is. It is only a true philosopher who can access this knowledge as opposed to belief, what is and what is not, and ignorance, what is not (Adamson, 2012). The object of knowledge is distinct from the reality we can see around us, these physical objects are the object of belief (Adamson, 2012). The object of knowledge is forms. Forms are distinct from the physical objects around us as only forms remain unchanged and unaltered. In being unchanging, forms can be universally known, while physical objects change and so can only be the objects of belief, as this may change and so can both be and not be. The analogy of the sun figuratively represents our access and sight of the Good. As the sun illuminates and makes visible the physical world of objects, goodness is able to make clear other perfect ideas and forms such as justice and wisdom. It is only with the virtue of Good that we are able to possess these other perfections. Without the Good then these other virtues may equally enable a person to make bad actions. A man with courage and wisdom may use these traits to his own ends maliciously, it is only with knowledge of the good that these virtues are illuminated to their true, progressive potential. The divided line depicts the separation between belief and knowledge by imagining a line which in divided unevenly into two parts, the top representing the intelligible realm, the bottom representing the sensory realm. Each division is further divided into two unequal parts. The sensory, visible realm is split into actual physical objects, that which non-philosophers take to be true reality, and mere images of physical objects such as the ‘shadows, and the reflections in water and on surfaces of dense, smooth, and bright texture, and everything of that kind’ (Plato citied in Irwin: 138). The intelligible realm represents what we can actually know and is divided into forms and mathematical objects. Forms are accessible to the intellect in a way similar to the process that material objects are accessible to our senses. The idea of forms it self falls into criticism as it seems to be a mere fiction, a there is nothing beyond being. This however takes a simplistic approach to forms, the rejections of forms as understood simply should not reproach the whole of Plato’s ideas, it could be merely a difficultly in explanation and so the idea must be further explored in relation to Plato’s further idea’s before judgement can be passed on it’s relevance and reality.

When the allegory is approached from this stance of forms it would initially seem obvious that the allegory is an explanation of the philosophers assent to knowledge. The escaped prisoner would represent the philosophers leaving the darkness of belief which exists in reality and taking the arduous journey to knowledge through philosophical education. Those without philosophy would be left in the darkness of their reality which merely reflects a small image of the truth and knowledge beyond. The sunlight at the end of the path would be the philosophers understanding of the forms, specifically the form of good. The form of good can be understood as the central form, the form which the philosopher must understand if he is to see the goodness in all other forms (Blackburn, 2007). Physical objects are related to these forms in that they represent a form. The form of beauty, for example, can be represented in many different and varied objects. This form of beauty though is universal and each of these objects which contain beauty are able only to represent a part of it. These forms exist themselves universally outside of space and time and it is these forms which must be accessed in order to have knowledge. This stance in which the allegory represents the philosophers assent into knowledge, although arguably the most widely acknowledge, is also wrought with problems. This stance is primarily very elitist, to claim that only philosophers can know, and only philosophers contain this universal wisdom of the intelligible realm would seem inherently unreasonable. The idea that only philosophers are free from the illusions set in place by society and the physical world while everyone else remains trapped would seem unjust. The allegory does also describe the people within the cave as just like us. Thus, it would seem that Plato would categorise himself as imprisoned in this enforced sudo-reality. So it would seem that, if Plato’s narrative would exclude himself and his teacher Socrates from the status of philosophers with knowledge, them perhaps this was not his intended meaning.

The allegory could also be about religious enlightenment, the Sun representing the light of the good, the Godly other world which the freed prisoner has transcended to and was now able to see. This would only ever be a temporary thing as we are grounded in the reality of the physical world, yet this spiritual enlightenment could be found. The prisoner who was enlightened to religion is momentarily released from the ignorance and darkness of humanity. The newly found illumination of this freed prisoner enables him to become an authority on morality (Blackman, 2007). This new knowledge of religion and moral judgements would permit him to take a role of authority back in the cave. His return to the cave would therefore be an attempt to enlighten the imprisoned to this religion he found beyond, although they refuse to accept this. The difficult journey from the cave could be understood as a religious pilgrimage in the search for spiritual enlightenment and the absolute good. It is because they lack this spiritual journey that those who remained in the cave were unable to understand the light of the good. The divided line would become a division between this world and the heavenly world beyond which we must work at to glimpse, even if only briefly. This idea has become a Christian ideal, of a journey to enlightenment and knowledge and ultimately God (Blackburn, 2007). This religious idea often leads to the division of the universe into two distinct realities, that of the physical and that of the heavenly world. It would seem a little extreme to assume the definitive realities of these two separate yet inter-related worlds.

In terms of politics, the allegory follows Plato’s idea in the republic of a city of perfect justice in which there are three classes of people; the guardians, soldiers and craftsmen. The guardians would rule with the concurrence of the other two classes (Adamson, 2012). For the aim of justice these rulers would necessarily be successful philosophers of knowledge, although people of our imperfect society would not accept philosophers having this position. The cave would therefore represent the city and the relations with the state. The men imprisoned in the cave are not the only men, there are also those outside the cave, casting the shadows like puppeteers. These tricksters casting the shadows would represent politicians creating false and misleading images for society to follow, keeping the citizens in chains. This idea would fit with the political dimensions of the rest of the Republic. However, the prisoners do not really associate with one another as would be expected in a functioning society, it is only when ridiculing the returning prisoner that they collaborate together to attack him. However, the political stance does follow from the rest of the Republic which has a distinctly political stance. 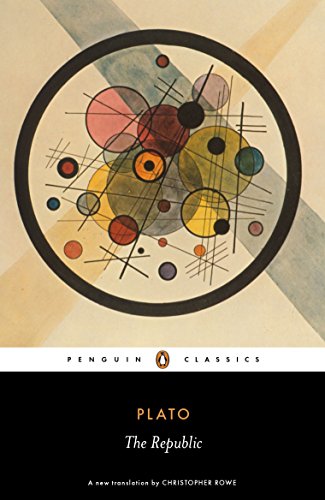 The cave could also be a representation of ourselves or at least a part of us. The idea that we are only able to see what is projected to us from outside. The darkness of the cave would be the part of ourselves which focuses on mere images, while the fire beyond would be that part of us which is able to see beyond these enforced ideas and images, to the existence of something else, something greater. This part of us able to escape into the light is only able to do so momentarily, and is able to progress beyond the mere fire to the true light further beyond. If this is the case then there can be no possibility of permanent and true escape as we cannot escape from ourselves. To escape from the cave would be to escape being human. This would correspond to Plato’s idea of human psychology of the soul. The allegory though does seem a rather indirect way of expressing this simple idea, yet this stance does manage to greatly overcome the common conception of the allegory which is doused in elitism.

In conclusion, it seems that the allegory can be understood in a variety of ways, each seeming to be almost equal in validity. The representations of the sun can be understood in each of these possible understandings, as can the idea of the divided line. Each idea manages to place true knowledge in some sense beyond the cave wall. What this true knowledge is varies, yet it is applicable to all of them that there is knowledge to be gained outside of the usual reality of our existence in everyday society. This typical society setting lacks the light of truth and knowledge as though something is always hidden, whether intestinally or not. Each explanation though does make it seem possible that some people may be able to perceive the existence of and gain this knowledge which lies beyond what we are limited to encounter usually.