What is technology? Many authors and journals have defined technology in their own understanding, but to be used is few among the many definitions. Technology can be defined as the collection of methods, systems, processes, devices and skills usually from engineering used by man to manipulate his environment in order to satisfy his needs and solve his problems (Ugochukwu 2012). The definition used was obtained from the book written by mechanical engineer entitled “The Engineer Professionalism in Society”. 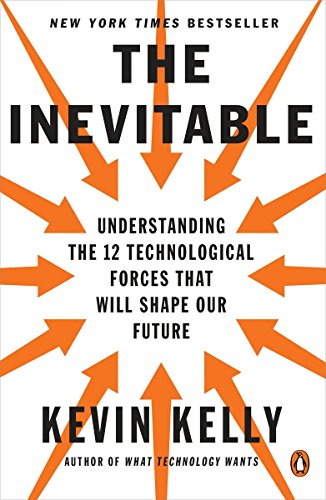 The Inevitable: Understanding the 12 Technological Forces That Will Shape Our Future
Buy Now

What are the Positive Impacts of Technological Development

The positive impacts of technological development are, but not limited to:

In the banks, hostels, offices, schools and many other places, people enjoy good standard of living because of what it offer to the society. We also enjoy better feed, cloths, and houses. All these and many more are what technology has given to the society.

In the past, our forefathers put on animal skins all over their bodies to protect them from cold. As of then, those who do not have animal skin to cover their bodies go naked or cover their parts with leaves. This made people in the community to experience cold and get exposed to certain diseases which sometimes led to the death of many. But, since the emergence of technological development, such became a history as there are many types of clothes all over the market. It is now the opinion of the masses to make their choice on the type of cloths they want to wear unlike when people go naked because they were unable to get enough animal skins.

Technology has offered people proper entertainment during their leisure time, even when they are at home because of some products like internet, video players, televisions, computer games, e.t.c (Ugochukwu 2012). Technological innovation no doubt has benefited mankind in basic parameters of human condition such as the size of the world population, life expectancy, standards of living, health care, nature of work and communication (Nick 2009).

With the emergence of internet, the world has become a global village. When football first originated, football lovers must go to the football stadiums before they will watch the skills being displayed by the footballers. Today, it is no longer a must to go to football stadiums before people will be able to watch the matches. Technological development has made it possible for people to have access to all the leagues played all over the world.

How that is made possible? It is made possible by the use of cable or through watching of such matches over the internet. They are made of high capacity antennas used in many homes. Once people are able to subscribe for the match, there come the football stadiums right in their homes. The same applies for those who watch through the internet. “Super Sports” for instance has made a lot of money from making these matches available to people as a result of improvement in the world of technology, by sending signals of the football leagues played through cables.

When there were no remedies for diseases like malaria and fever, many that were affected by these diseases died miserably as there were no cure for the sicknesses. Today, the number of the sick that die of malaria and fever are limited. Any patient that dies of any of these diseases in the recent time is either because the affected did not start the treatment on time or due to the inability of the doctors to take good care of them.

There are many kinds of malaria drugs sold in pharmaceutical and chemist shops. These drugs have been effective and whenever any fails to cure malaria, other “powerful” drugs are produced to fight the disease. This has contributed to longer lives lived by humans on the planet, earth, unlike when such drugs were not in existence.

Truly, technological advancement has improved life expectancy in a very big way. Child mortality has been reduced since more drugs for fighting malaria were produced unlike when none were sold. In some hospitals, these drugs are given free of charge to the patients because governments are making efforts to see if such silent killer will be wiped out from the surface of the earth.

When the early Christian Missionaries entered Africa to teach the occupants of this location on how to accept Jesus Christ including Nigeria, so many of them died (due to malaria) in the course of the missionary journey because there was no drug in the location for treating of malaria disease. It was a very big challenge to most of them as they lost their loved ones through mosquito bites.

In the 1900’s, many people did not live past the age of 50, but people now live beyond 75 years due to the advancement in technology that has resulted to good lives. It is no longer the time when death was the only alternative for diseases that have no cure.

The mass media, which comprises television, radio and the internet, makes it possible for information to be easily disseminated or shared with millions of people within a second. An event that happened in Europe in a minute is being disseminated to the entire parts of the world because of the positive impact of technology in the present world.

Mobile phones have made everything cheap and accessible. Time is gone when people travel from place to place just to pass information to people. Today, within a twinkle of an eye, information reaches the receiver because mobile phones are available.

What is machine? A machine is defined as any device that enables work to be done more easily and conveniently. There are works which take hours before they are being completed by man that machines do automatically within a few seconds. Machines have ease man the stress he would have passed during production processes. The technological innovations in virtually every field of human endeavor are showing that machines are making improvements in products well over what human workers can do.

A clear look on the usefulness of machines is witnessed in the field of education. In mechanical engineering, there is a course called engineering drawing. In some universities, all the students from the faculty of engineering must pass through this before going further to other levels. When the course was initially introduced, students use their drawing boards and paper during drawing of machine parts which is what the course is all about. But, with the advancement in technology, computers are produced. These computers are used to make the drawings more easily unlike the stress the students passed when they were making use of boards and papers.