In recent years psychoanalysis has all but been replaced with cognitive and neuroscientific interventions with autistic children. Yet, the tenaciously defended psychoanalytic approach is not quite defeated and it is beginning to seem that the demise of psychoanalysis with respect to autism resembles something of the death of the phoenix; a plummet into the infernal abyss only to resurrected from its own ashes. If neuroscience was the fire that set ablaze any hope of a psychoanalytic treatment then surely in arising from the inferno psychoanalysis has been reinvigorated with some of the genetic material of its rival. The emerging field of neuropsychoanalysis shows much of this transmogrification and is gaining a reputation for building bridges between the disciplines in order to bring together the best of both theories. The work of Maria Sonia Goergen, a neuropaediatrician from Brazil, is notably at the forefront of this development in autistic intervention.

Overcoming the self seclusion of autism is the central aim of any psychoanalytic treatment. Bringing the autistic child into the social world, re-birthing them into a universe of others, making them more able to pronounce their needs and respond to those closest to them, is as much the aim of psychoanalytic approaches to autism as it is the focus of the psychoanalysis of trauma. Lacan put the ambition of the analyst with respect to autism quite succinctly when he suggested that if autists do not seem to hear, it is because they are listening to themselves. The psychoanalyst must unplug their ears, and guide them towards an appropriation of language that supersedes their present form of communication.

Such aims, laudable as they are, do seem rather ambitious when faced with a severely autistic child who has neither speech nor gesture. For these children it is much more than a question of rejecting speech in preference for thought and the act of self observation. A severely autistic child, by dint of the genes that have instructed their growth and development, is unlikely to have the neurological structure required of the higher faculties. What may be treatable analytically is the affects that have developed alongside of the condition. So although learning to read the clues of DNA will never lead to solving the crime of nature, learning the limits of an intervention may help to make a treatment more helpful. To some extent psychoanalysis has a palliative role to play in the clinical management of autism. 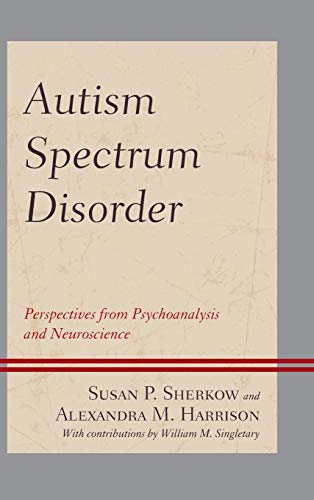 Mapping the outcomes for 120 autistic children that are engaging in therapeutic play is the aim of the P.L.A.Y. project, currently running in Brazil and the United States. The project is a clinical application of neuroanalytical insights and draws from both disciplines in order to strengthen the support offered to autistic children. Working within Greenspan's D.I.R. model of developmental stage, individual differences, and relational strategies, the team of the P.L.A.Y. project engages in child-centred, "meet them where they are" therapy in order to help children move to higher levels of functional development. The six functional development levels of the theory are:

Each level requires the previous level to be "nested" within it. So that a hierarchy of behaviours is reflected in play that moves from instinctual primary processes that occur in the sub-cortical layer of the brain through to the tertiary processes of awareness that occur in the neocortex. It is thought that the higher levels of communication and relationship can only be established once the primitive emotions have been worked through and constrained. Consolidating each level through play enables the therapist to assess the current behaviour of the autistic child and to determine how best to address the affects that have become aspects of the child's ego formation.

Similar work by Susan Sherkow aimed at developing language skills through observation and naming of behaviours has shown some success too. Her technique is grounded in the practice of child psychoanalysis and is challenging the notion that autism is incurable. Sherkow's work has provided such convincing results that eminent neuroscientists, such as Emmanuel DiCicco-Bloom, are linking her work to the emerging theories of brain plasticity.

Psychoanalysis, it seems, continues to have a relevance to the contemporary clinic and offers further hope for families in desperate need. Collaborating with neuroscientists in the pursuit of wellness is being shown to be the inevitable path forwards. Neuroscience undoubtedly offers insight into the mechanisms of the brain, whilst psychoanalysis relentlessly pursues the territory of how two people relate to each other and how individuals feel about themselves.