Psychology 101, What Are The Historical Perspectives In Psychology?

In this Psychology 101 article, we ask what are the historical perspectives in psychology?

Now, this question provokes a thesis on its own, but here we evaluate specific times of extraordinary turning points leading to where we are today.

We are all psychologists in our own right.

We have the innate ability to draw conclusions by watching the behaviours of others.

So, where, whom and what legitimizes psychology as a science and how did we arrive there?

It is through history, that we have built and drawn from our own evaluations as a species. So, what is psychology?

As this is a psychology 101 based article, as always, we will start by providing a ‘working definition’ of psychology as a term:

‘Psychology is the scientific study of the mind and behaviour of humans and animals.’ Psychologists concentrate on what is observable and measurable in a person’s behaviour. This includes the biological processes in the body, although, the mind is central to the subject.

We have covered the centralised theme around psychology with the above definition. But in order to understand the historical perspectives, we need to ask what is psychology from the original concept?

The term psychology can be disected into two words: 'psyche' and 'logos'. Originally taken from the Greek word ψυχή meaning 'breath of life' of the soul or spirit, loosely translated as 'mind'.

Logos means 'knowledge', 'study' as many 'ologies' mean. In Greek mythology, psyche was represented by a butterfly who became the wife of Eros, the God of Love. We know her as Cupid (renamed by the Romans later).

Psychology was originally defined, therefore, as 'the study of the mind', however the above definition is generally accepted as the working definition today. 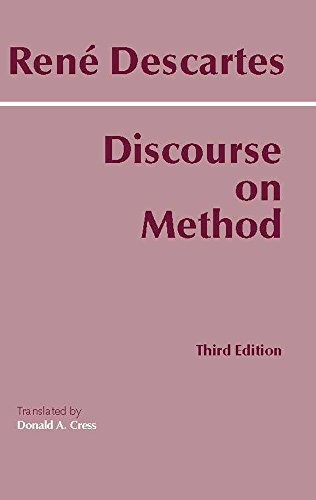 Long before Psychology's official birth, philosophers such as Socrates (470-399 BC), Aristotle (384 - 322 BC) and Plato (428 - 347 BC) were seeking truth through thinking. The idea of psychology, therefore, has evolved and changed over many centuries.

Rene Descartes (1596 - 1650) contributed as a philosopher to the realms of Psychology today. He looked at issues surround the 'Mind-Body Problem' in 'Discourse on Method' in 1637 and 'The Meditations' in 1941.

The focus here is on Platonic Dualism where the mind influences the body as a one way interaction. Descartes believed differently. The mind has a single function of thought (Rationalism) and produces ideas from external stimuli on the senses and innate ideas from the conscious self.

Now we see the birth of the Nature (Nativist) Versus Nurture debate.

Analysis of the Phenomena of the Human Mind, Volume 1
Buy Now

Species Change: Over time and generations the physical and behavioural characteristics change - as per fossil evidence.

Gradual Change: Changes happen over time but in small stages and over many generations.

Common Descent: Like a family tree for all organisms, physical and behavioural traits can be traced back through ancestory.

These ideas forms the foundations of Evolutionary Psychology and focuses on Species Change, Gradual Change and Common Descent.

The Origin of Species
Buy Now

The psychological perspectives can be broadly fitted into six main approaches:

Psychology Has Several Perspectives Instead Of One Unifying Theory

As you can see, many other themes from other doctrines have merged under this umbrella, including physiology, philosophy and sociology. Historical perspectives have evolved over time and seem to have embedded into the foundations of psychology today.

However, in the sense of today, unlike Chemists, Biologists and Physicists who have one unifying theory or approach, psychologists have several perspectives.

Although the history of Psychology is something that evolved from many doctrines over many hundreds of years and ligitimised in 1893 (see below), many Psychologists would argue that it's official birth was in 1879.

It was during this time that Willhelm Wundt (1832 - 1920) officially opened the first recognised laboratory for the study of human behaviour in Leipzig, Germany.

He first used, what he termed, 'Experimental Psychology' here with the aim to create a new science.

It was here that introspection, which examins your own mental state, was used.

The recognised qualification for a Psychologist is study at degree level, for example BSc Hons, and a membership of a Professional Association.

It is these Associations that legitimises the doctrine and may be thought of as where this science formally began.

Galton And Contribution To Measuring Psychology

Francis Galton (1822 – 1911) founded the ideas on ‘individual differences’. He was an avid data analyses who set up a laboratory in 1884 at the International Health Exhibition at South Kensington Museum.

A cousin of Darwin, he is remembered for discovering the uniqueness of finger prints (1892), development of Probability, Normal Distribution and Correlation.

Historical Perspectives of Psychology From Structuralism and Functionalism

Structuralism and Functionalism are two perspectives that gives way to the six today, as listed below.

Structuralism survived for approximately 25 years and died with:

In 1906 Angell summarized Functionalism as studying:

Based from the ideas of Darwinism, Social Darwinism was born from:

As the detail of the six psychological doctrines are so immense, I have produced six articles to cover these, hoping to make this article more complete when read in conjunction. The links are available here for your convenience:

From Psychology's Foundations To Today's Perspectives

As we have already touched upon, today we have six developments in terms of the historical perspectives of Psychology.

Three of these are termed as schools because they each consist of a group of people who have similar or the same ideas.

The other three are not schools because not everyone is in total agreement, although they have fundamentally important ways of thinking.

You will now understand how the historical perspectives have come to be what we know today.

We Are All Psychologists

This Psychology 101 asked the question What Are The Historical Perspectives In Psychology? Although it skims of a brief history of how psychology has evolved and changed from the times of Socretes to now-a-days, it does provide a basis to how we arrived at the ideas that we are all familiar with today. Of course, we are all psychologists as human beings, because we all observe each others behaviours. We do this as a way to understand what we are all thinking - not so different to the Psychologists discussed in this article, don't you think?

Have you got a story? Why Not Write It and GET PAID!

For anyone who wants to write and earn money at the same time, why not join hubpages!